Leadership Transition in the Department of Physiology and Biophysics

After a distinguished tenure, Clive M. Baumgarten, Ph.D., professor and interim chair of the Department of Physiology and Biophysics, has announced his intention to retire on June 30, 2021. Dr. Baumgarten, who holds joint appointments in internal medicine and biomedical engineering, joined our faculty in 1979 after completing postdoctoral training with Harry A. Fozzard, M.D., at the University of Chicago. Dr. Baumgarten received his undergraduate degree in biology in 1970 and his Ph.D. in pharmacology in 1976 from Northwestern University. 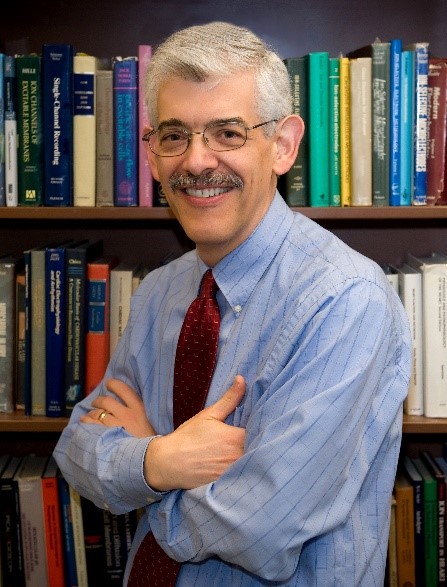 In addition to his research, Dr. Baumgarten is a consummate mentor and educator. He has been actively involved in the M.D.-Ph.D. program for more than a decade and serves as the program’s associate director. In 2009, he received the School of Medicine’s Distinguished Mentor Award, and in 2013, the Enrique Gerszten, M.D. Faculty Teaching Excellence Award. Besides his roles in graduate student training and education, Dr. Baumgarten has directed the M1 physiology course since 2010 and co-directed the M2 cardiovascular course since the onset of the C3 curriculum.

We are particularly grateful for Dr. Baumgarten’s service as interim chair of the Department of Physiology and Biophysics. He has provided thoughtful, diligent and consistent leadership for the department during a time of prolonged transition.

Please join me in congratulating Dr. Baumgarten on his remarkable 42 years at our institution and all he has accomplished during his longstanding and stellar career at the VCU School of Medicine.

With all good wishes,