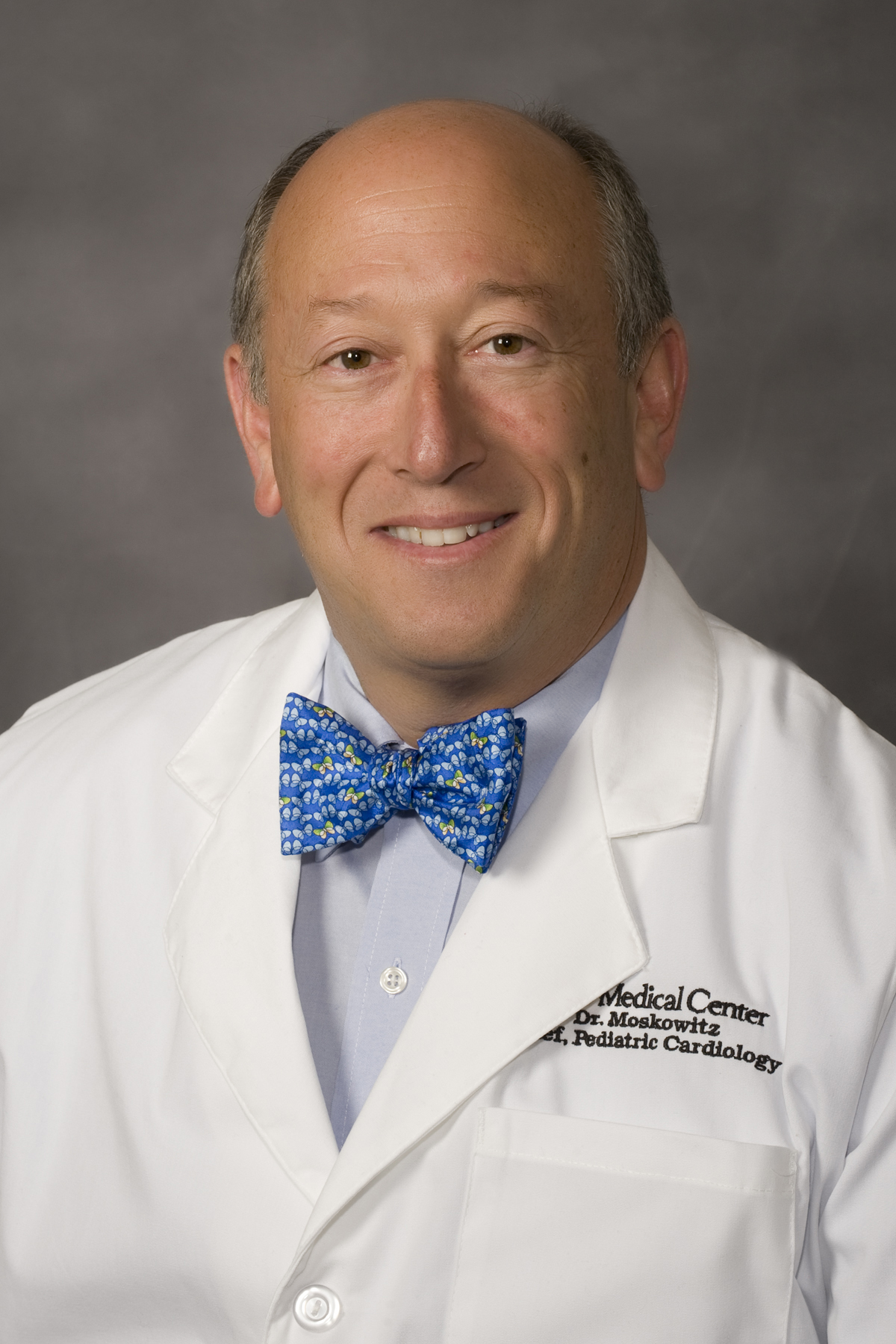 William “Bill” Moskowitz, M.D., is Professor of Pediatrics and Internal Medicine, and Chair of the Division of Pediatric Cardiology. He also serves as Vice Chair of Clinical Operations for the Department of Pediatrics at the Children’s Hospital of Richmond (CHoR). He has been Director of the Pediatric Cardiac Catheterization Lab since 1990. He has been instrumental in creating the clinical service culture at CHoR through his leadership on the CHoR Access Team and as implementation team leader for Clinical Care Logistics for the Children’s Pavilion.

Dr. Moskowitz joined the faculty in 1984 and has served VCU in many leadership roles including Interim Department Chair, Chair of the Department of Pediatrics Promotion and Tenure Committee, department representative and Chair of the Physicians Compensation Advisory Committee for MCVP, and numerous other committees supporting strategic planning and logistical support of our health system.

Congenital heart defects are the most common birth defect in the US, and Dr. Moskowitz has dedicated his career to assisting families in accessing the highest quality treatment for their children, while supporting the entire family through the process. Dr. Moskowitz’s early work on the effects of childhood passive smoking on coronary artery risk was cited in the Surgeon General’s report and the EPA Report on Respiratory Health Effects of Passive Smoking. The pediatric member of the heart transplantation team since 1990 and Pediatric Service-line director since 2009, his current areas of clinical expertise include interventional cardiac catheterization, dysautonomia (POTS), cardiomyopathy and transplantation. He is currently working with bioengineers at Drexel University to design a cardiac assist device as a bridge for the failing Fontan patient.

He has served on the Virginia Department of Health Immunization Advisory Committee and the Critical Congenital Heart Disease Workgroup. He is a past President of the Virginia Chapter of the American Academy of Pediatrics (AAP). Nationally, he served for six years as a member of the AAP Committee on Federal Government Affairs and is currently the Chair of the AAP Committee on Pediatric Workforce. He is an elected member of the American Pediatric Society and serves as an advisory board member of the Congenital Heart Information Network. He is a founder of Mended Little Hearts, Central Virginia Chapter, and a support group for families with children with congenital heart disease with a vision of allowing these families “to share experiences and resources as members of a nation-wide peer-to-peer support network”.

Dr. Moskowitz’s dedication to improving the health of children extends well beyond Virginia. He is a member of the Richmond-based World Pediatric Project (WPP), supporting their mission of healing critically ill children and building healthcare capacity in the world. He has participated in 31 cardiology missions to Central America and the Caribbean since 1999. He worked with local governments for a decade to develop the National Program for the Prevention and Control of Rheumatic Fever and Rheumatic Heart Disease in St. Vincent and the Grenadines. In addition to the children who have been brought to Richmond for treatment, thousands of children have been treated in their home countries thanks to this effort. In 2013, the Governor General of St. Vincent and the Grenadines awarded CHoR the Queen Elizabeth II Diamond Jubilee medal for exceptional public service. This was the only time this recognition has been given to a non-citizen.

Dr. Moskowitz was honored with the 2014 Elinor Bloom Marshall Humanitarian Award, presented by the Richmond Chapter of Hadassah to individuals who have been unselfishly devoted to causes that benefit society.

For his tireless dedication to providing access to quality, life-changing care for children at CHoR and beyond, we honor Dr. Bill Moskowitz as the 2016 MCVP Distinguished Clinician of the Year.