Alumni to the next generation: 'The sky's the limit' 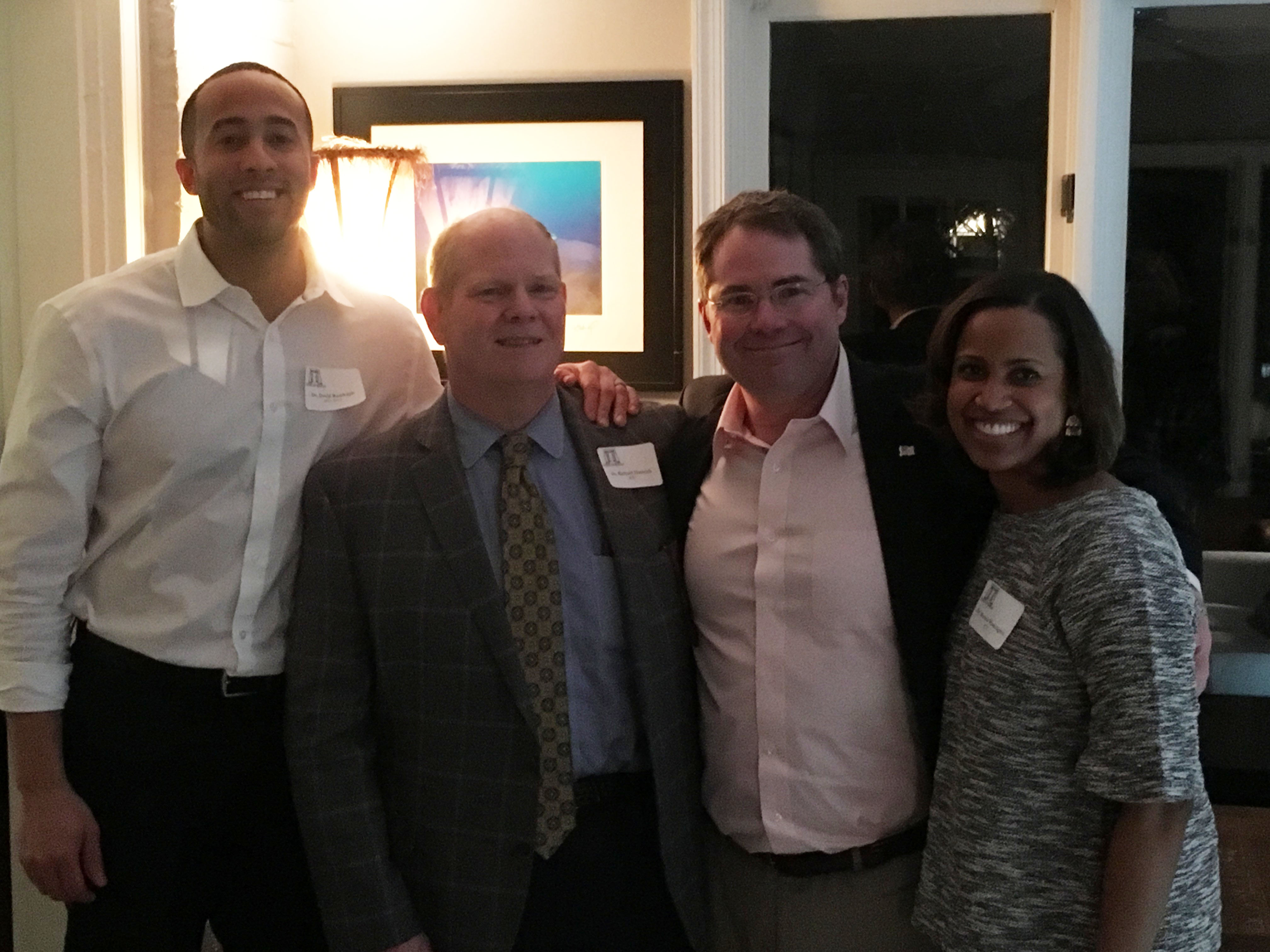 David Randolph II, M'11, H'12, vividly remembers the thoughts and worries he had as a medical student on the MCV Campus. How would he pick the right specialty? How would he make himself competitive for the match? Where would he end up for residency?

When he served as co-host of the Medical Student-Alumni Supper Club earlier this year, Randolph learned students still have many of the same concerns. The difference is Randolph, now a radiation oncologist in the Richmond area, has gained a new perspective he hopes helped put the students at ease.

"I remember being a scared medical student worried about where I was going to match and what my future was going to look like," he says. "Hopefully I was able to provide some helpful insight into medicine and show the students that if I can do it, they can do it, too."

"I greatly enjoyed the evening and loved the energy of being with the 'future of medicine' in the room," says Hamrick, a pulmonologist who also has served as a chief medical officer in the HCA health system. "While young, they were realistic in expectations. True to all reports about their generation, there was much interest in work-life balance — something not thought about much when I was in school and a healthy perspective being considered, perhaps."

Washington, an OB-GYN, says several students eagerly spoke with her about balancing a career and raising children — and how to do so without sacrificing either. The questions gave her an opening to share how the OB-GYN field has become more flexible with fewer solo practitioners and more practice groups employing hospitalists, as well as specialized roles for laborers, gynecologists and surgeons within the field.

"The most meaningful part of being with alumni of all generations was we all went through medical school on the MCV Campus — took the same core classes, had similar rotations — but the sky is the limit when you come out," she says. "You can create out of your life and your specialty what you'd like. It was very helpful for the students to see our careers evolving and the opportunities available to us."

In turn, the alumni appreciated hearing from the students about how the medical school's curriculum has evolved since the opening of the McGlothlin Medical Education Center in 2013. They also took advantage of the chance to get to know their fellow alumni hosts better. Randolph and Deal, a general surgeon, strengthened their connection and have referred patients to one another since the event.

"Being at MCV was one of the most important times of my life and I learned so much while being there and formed amazing connections," Washington says. "I would not be where I am today without alumni helping me and I think it's important that we give back to students in the same way."