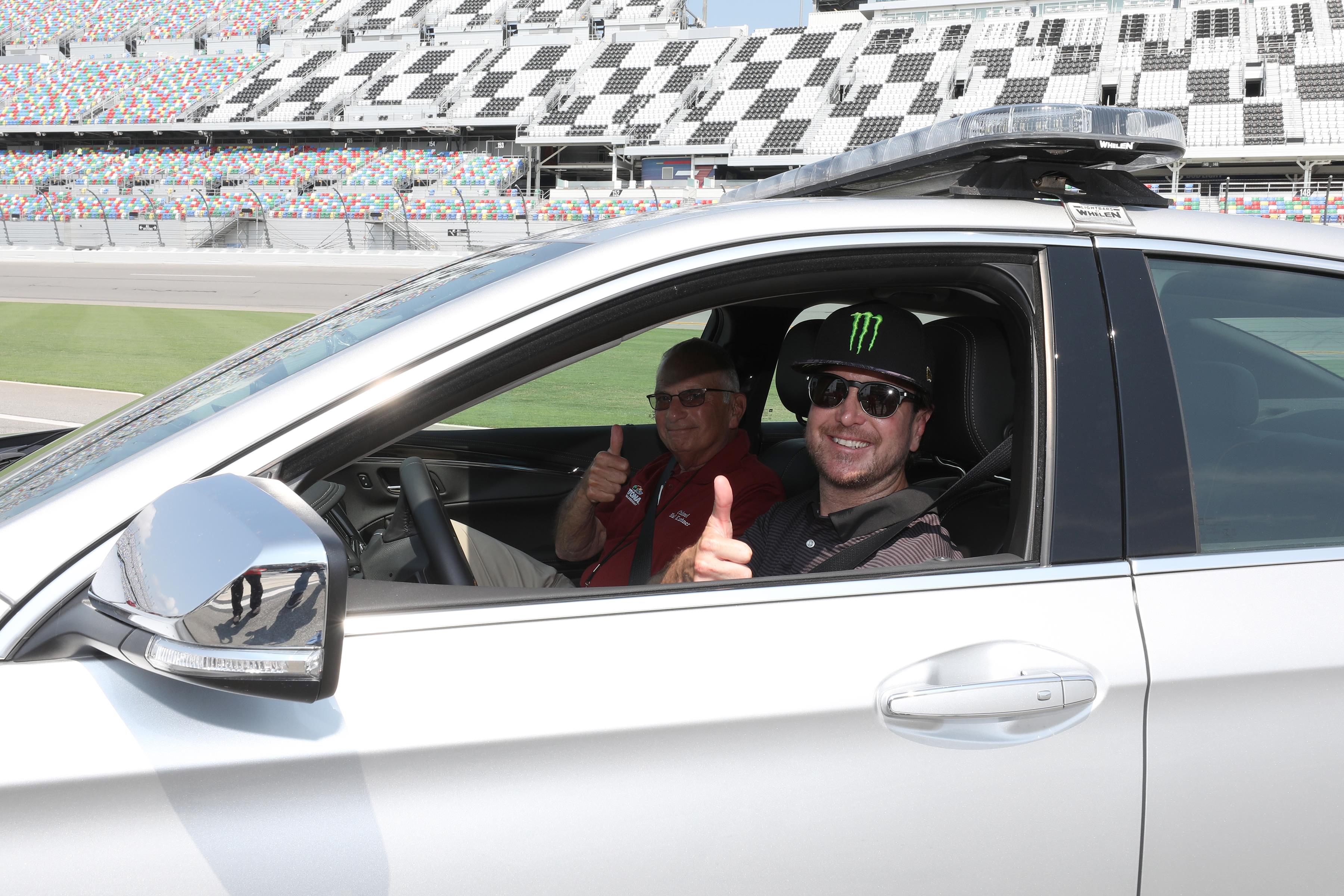 The Class of 1966's Hal Kushner takes a test drive with 2017 Daytona 500 champion Kurt Busch. Kushner, a Vietnam veteran, will serve as the Honorary Pace Truck driver for the Coke Zero Sugar 400 over the Fourth of July weekend.

The Class of 1966's Hal Kushner, a retired U.S. Army Colonel who served in Vietnam and was held as a prisoner of war for 5 ½ years, will be the Honorary Pace Truck driver for the 61st annual Coke Zero Sugar 400 on Saturday, July 6, at Daytona International Speedway.

Kushner was a flight surgeon with the 1st Squadron, 9th U.S. Cavalry, 1st Air Cavalry Division in Vietnam. He was captured by the Viet Cong shortly after his helicopter crashed on Nov. 30, 1967, and was held in captivity in brutal conditions until his release on March 16, 1973.

His many military awards include the Silver Star, Bronze Star, Purple Heart and the Republic of Vietnam Cross of Gallantry. He was inducted into the Army Aviation Hall of Fame in 2001.

In spring 2017, he spoke with 12th & Marshall alumni magazine about his contributions to the "The Vietnam War," the award-winning PBS documentary from Ken Burns and Lynn Novick. The film marked the first time Kushner spoke publicly about his experiences as a POW.

“The July Fourth weekend has always been a very special time to me,” Kushner says. “I’m looking forward to driving the pace truck and celebrating our country’s birthday with NASCAR fans.”

An ophthalmologist in the Daytona Beach, Florida, area since 1977, Kushner recently received the inaugural Distinguished Member Award from the American Society of Cataract and Refractive Surgery.

Kushner will lead the drivers of the Monster Energy NASCAR Cup Series around the 2.5-mile tri-oval in a Chevrolet Silverado prior to the start of the 160-lap, 400-mile race. He will also participate in the pre-race ceremonies and attend the drivers meeting.

“It’s an honor and a privilege to host U.S. Army Col. Hal Kushner at the Coke Zero Sugar 400,” Daytona International Speedway President Chip Wile says. “Hal is an American hero. He has made many sacrifices on behalf of his country to preserve the freedoms that we all enjoy today. We look forward to recognizing one of our area residents on this Independence Day holiday weekend.”