Benjamin Lewis, PhD’19: At the intersection of technology and the human touch

With an intimate knowledge of some of the most complex medical equipment in the world, medical physicists also must understand the people who rely on that equipment for treatment of some of the world’s most serious conditions. 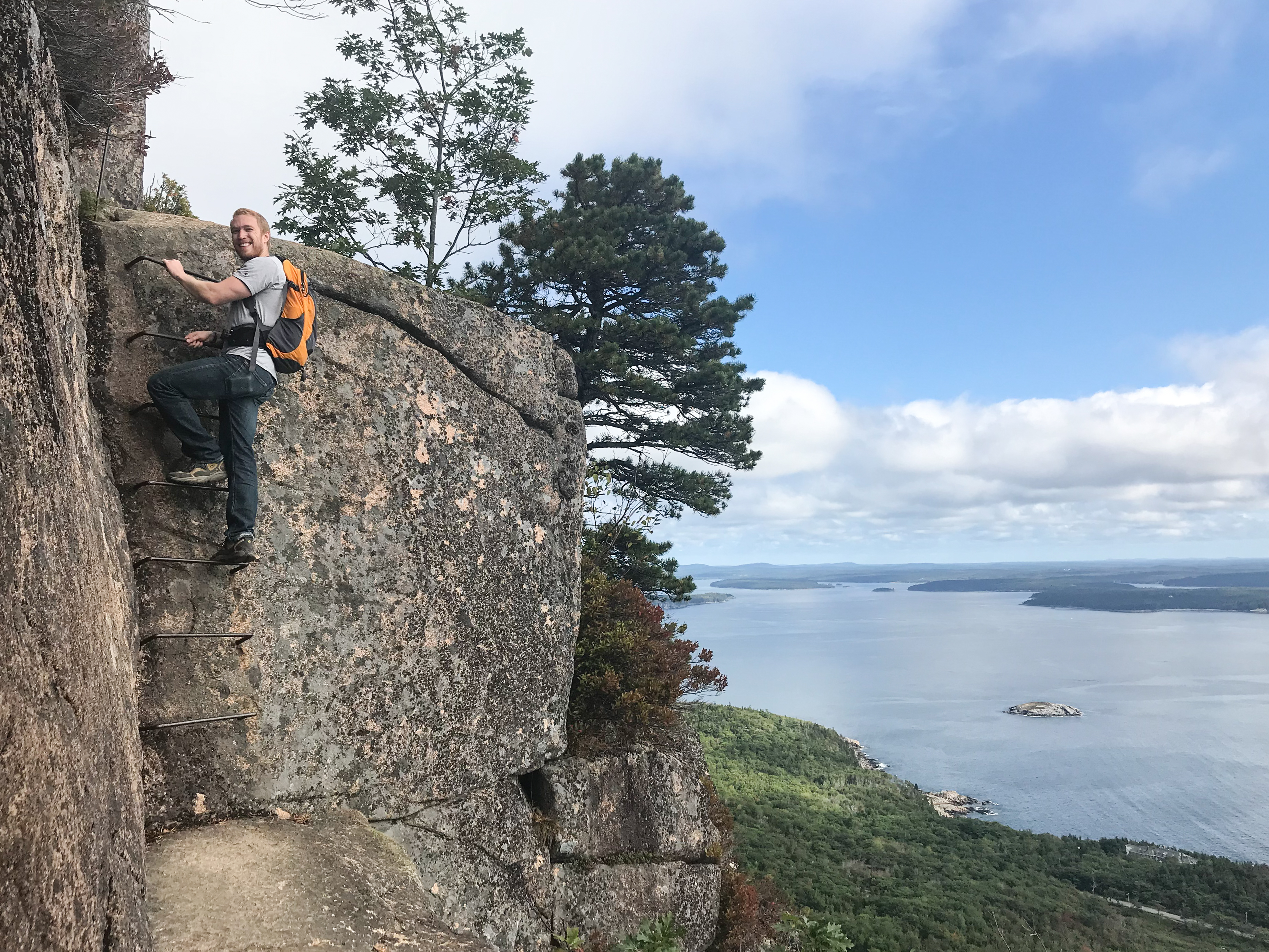 Benjamin Lewis, PhD’19, always enjoys a challenge, be it professionally or after hours. “I like to stay active” Lewis said, in part by embarking on strenuous hikes and climbs, like these in Acadia National Park. “Climbing and hiking are things I’ve done for most of my life and are activities that helped me de-stress.”

VCU’s medical physics education and residency programs are designed to cultivate this blend of characteristics. One of its recent graduates, Benjamin Lewis, PhD’19, brings the idea to life.

“As an undergraduate, I wanted to be a doctor. I wanted to help people. But I had also always been interested in physics,” Lewis recalls. “Over time I realized I wanted to be a research scientist. Medical physics is a combination of science, medicine and engineering. I think it’s a good way to make a difference.”

The program on the MCV Campus, trains medical physicists to develop new techniques and improve existing ones as well as collaborate with physicians to design treatment plans.

“It allows students to have direct access to machines and to the physicians,” says William Song, Ph.D., director of the School of Medicine’s graduate program in medical physics.

The program gave Lewis the chance to work closely with students and faculty at VCU and beyond. He held various leadership positions within the school’s chapter of the Medical Physics Scholastic Society and helped shape educational experiences by organizing seminars, lectures and other activities.

“What I noticed about Ben was he took on the role of a mentor to other students,” Song says. “He was someone students could look up to. He has an excellent way of communicating with people.”

In each year of his five-year Ph.D. program, Lewis’ research work was selected for oral presentation at the annual meeting of the American Association for Physicists in Medicine. He also published in multiple peer-reviewed journals on his research that includes the use of 4D magnetic resonance imaging to locate and track tumors. The ultimate goal, Lewis said, is to reduce the likelihood that a radiation beam will miss its target and inadvertently damage healthy tissue.

“Medical physicists need administrative and communication skills to interact with clinicians,” Song says. “You need the ability to ensure machines are operating safely and to the right standards. It’s a very difficult job in the sense that you manifest knowledge and convey complex technology in a way that physicians and nurses and therapists can understand and use. Ben has those skill sets.”

Lewis’ contributions at the School of Medicine were honored this spring when he was awarded a Medical College of Virginia Alumni Association Scholarship. Awardees are selected based on academic excellence, leadership and service. The award, Lewis said, was particularly valuable during the transition.

“The funding really provided a bridge for me between VCU and returning to St. Louis,” he said. “Receiving the MCVAA Scholarship award helped me realize the extent of my accomplishments at VCU, and was encouraging for what I could achieve in the future.”