Closing the gap to create opportunity 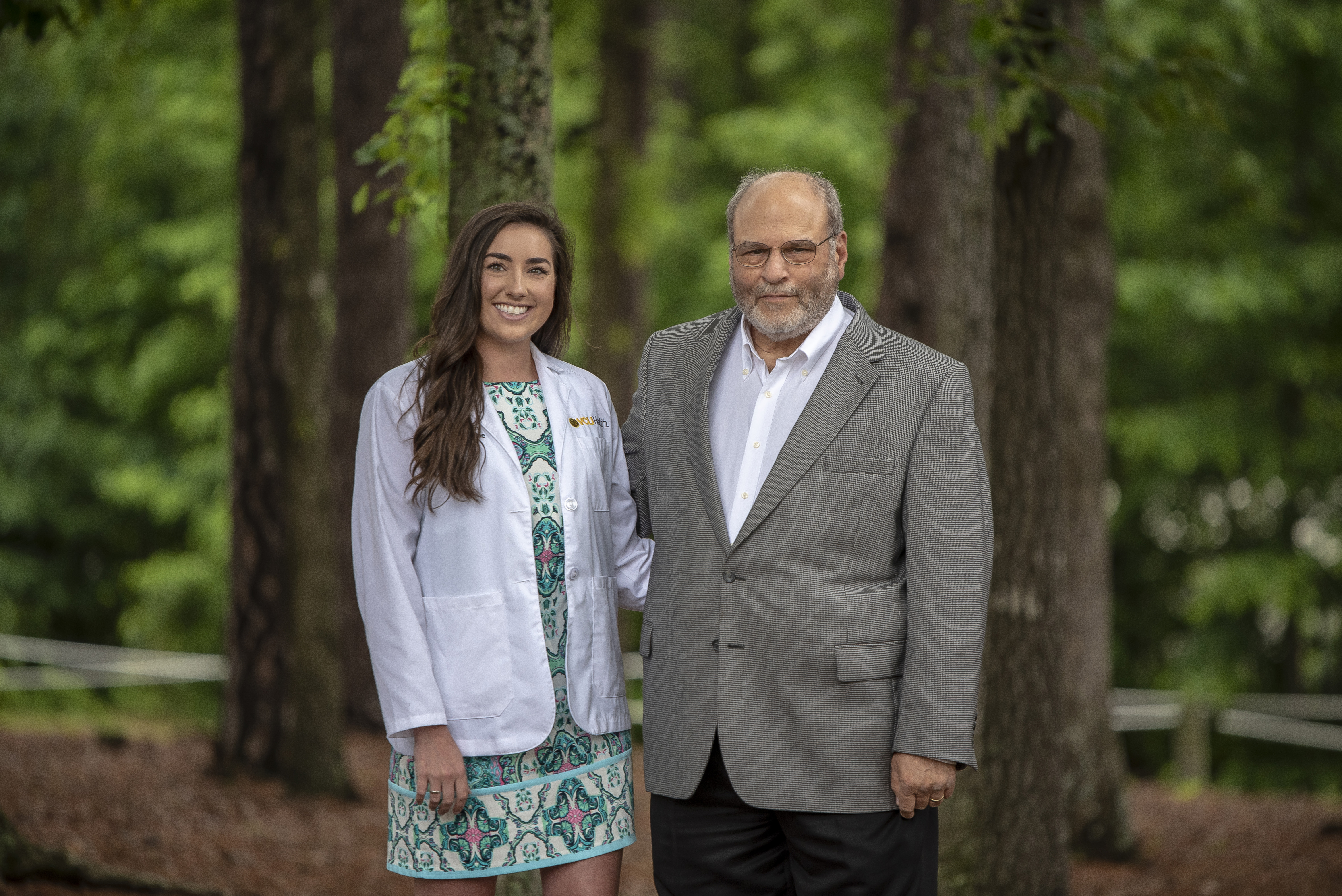 Kimberly Seamon’s course load during her second year in the VCU School of Medicine included self-taught lessons in personal finance and debt management. “I had taken out loans at the beginning of the semester and wasn’t sure if the amount was going to be enough to get me through the end of the semester into the next school year,” she says.

The Class of 2021’s Seamon, 24, received a lifeline in January 2019 when she learned about the Stephen D. and Benjamin P. Lenett Scholarship. The scholarship is specifically designated for students from the southwest corner of Virginia, where employment, education, wealth and health care trail far behind the rest of Virginia. The scholarship is awarded annually to one or more medical students based on academic merit and financial need. “It was awesome that a scholarship was created specifically for students from that area,” she says.

Seamon, from Martinsville, Virginia, received the renewable scholarship. “I was like, ‘Oh wow, this is perfect,’” she says.

Stephen D. Lenett, M’75, H’78, a native of Wytheville in southwestern Virginia, established the scholarship in 2017 as a joint legacy for him and his son, Benjamin. The younger Lenett died in 2014 at 34 from injuries sustained in a 2009 car crash. The gift supports the School of Medicine’s ongoing 1838 Scholarship Campaign, established in 2013 to celebrate the year in which the Medical College of Virginia was founded.

Lenett, who has practiced emergency medicine in the Richmond area for 38 years, says he wants to help ease the financial burden on medical students. “From what I read, $200,000 in debt is nothing these days, and that’s hard to imagine,” he says.

According to the VCU School of Medicine, only 49 students of 207 from its Class of 2018 graduated debt-free, and the average amount for those with debt was $202,297.

Lenett also wants to increase the number of doctors in his home region. “I would hope that the student or students, whoever receives it, would perhaps feel that they would want to return to the southwest Virginia area [to practice],” Lenett says.

Seamon, who is co-president of the medical school’s Red Cross chapter, hopes to specialize in obstetrics and gynecology and says her goal is to educate women, especially those living in rural areas where health care education and resources are lacking.

“I have a different outlook on things since I am from such a small community,” Seamon says. “I think it would be a great opportunity to be able to practice in one of those places because I think a lot of the population there doesn’t get the same exposure to things that people in bigger cities do.

“It would be great to bring everything that I’ve learned at school back to where I’m from, or somewhere similar, to be able to teach people and empower them” to make decisions about their health care.

This story first appeared in the Winter 2019 issue of Scarab, the magazine of the MCV Alumni Association of Virginia Commonwealth University.