There can be little doubt that Henry Clay Smith, Class of 1911, would have heartily approved the most recent recipient of the School of Medicine scholarship that carries his name. Jeff Irwin, M’19, might have graduated 108 years after Smith, but he shares Smith’s passion: caring for patients in a rural setting.

That’s why Irwin feels particularly honored to have received the Henry Clay Smith M.D. Memorial Scholarship, announced at Honors Day in April. The scholarship is awarded annually to a fourth-year medical student interested in providing health care to rural Virginians.

“Regarding the charge to emulate Dr. Smith,” Irwin says, “my wife, son and I long for the time when we get to live and work where there are more pastures than paved lots.”

Now that graduation beckons, his family – wife Lelia and 2-year-old son Bryce – will get a taste of that vision sooner rather than later. In March, Irwin matched into his first choice of residency, the St. Francis Family Medicine Residency Program-Blackstone Rural Track. He will spend most of his intern year in Midlothian, Virginia, and the final two years in Blackstone, a town of about 4,000 in Nottoway County.

When people discover Irwin’s choice of career, the typical response is, “Good! We need more primary care doctors.” Part of what attracted him to family practice, especially in a rural locale, is that he will be the first person his patients see. “Your doctor,” he says, “needs to be looking out for you.” 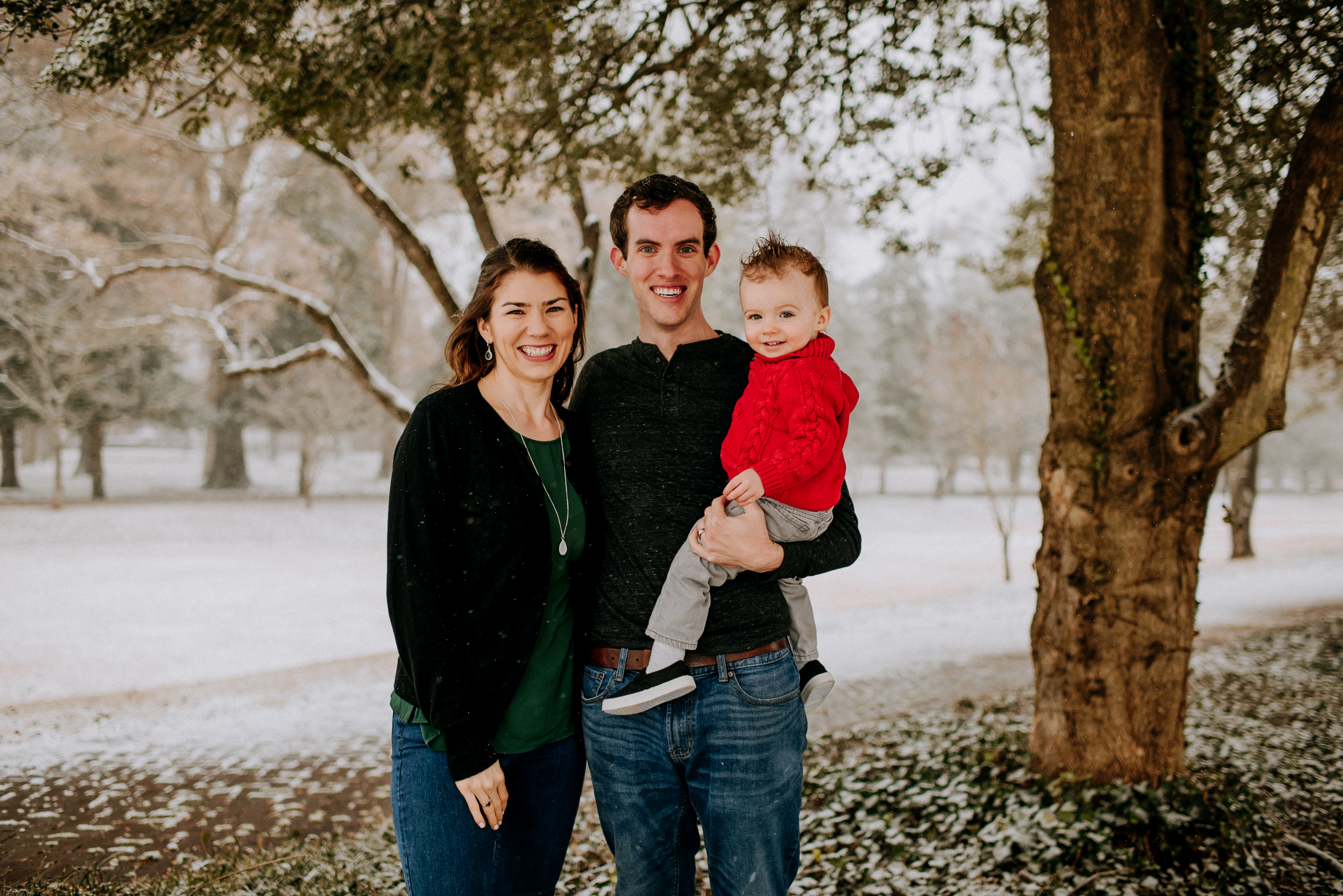 M4 Jeff Irwin, the 2019 Henry Clay Smith M.D. Memorial Scholarship recipient, plans to practice family medicine in rural Virginia. Having already delivered nine babies — the first being his son Bryce — he especially looks forward to the obstetrics and pediatric side of his future practice. Photo by Arianna Belle Photography

Plus, Irwin notes – because distances to hospitals are likely to be longer – there will be more opportunities to perform a variety of procedures and proffer life-stabilizing measures before patients head for emergency rooms.

Irwin is especially interested in and looking forward to the pediatric and obstetrics side of his future practice. “I’ve delivered nine babies. Bryce was the first!” His wife’s OB-GYN, knowing he was a medical student, invited Irwin to do the honors.

His path to medicine “was kind of a long one.” After studying chemistry for a year at Virginia Tech, he took off three years to pursue other projects, including mission work in Las Vegas. “It was my first real exposure to medicine,” he recalls, visiting hospital patients who wanted blessings or a prayer.

Returning to Tech, Irwin realized he didn’t want to be in a lab all day. “I like people too much!” he says, smiling broadly. As a rising senior, participating in the Summer Academic Enrichment Program offered by VCU's Division for Health Sciences Diversity helped seal the deal on a medical career. A year later, he became the first person in his family to go into medicine … or into any health profession, for that matter.

A built-in affinity for country vs. city was fostered by having grown up in Smithfield, Virginia. As an undergraduate, Irwin also grew to love the Appalachian Mountains.

What he wasn’t sure of was which area of medicine he’d choose … until his clerkship with “a really great doctor,” Clarence “Clay” Hall II, M’98, H’01, in Crewe, Virginia, convinced him that primary care was the way to go.

In thanking Smith’s grandson, Joe, for keeping alive his grandfather’s legacy – and for the impact it will have on his student loan debt — Irwin wrote, “I did not expect to receive such a gift for simply following my medical passion.”