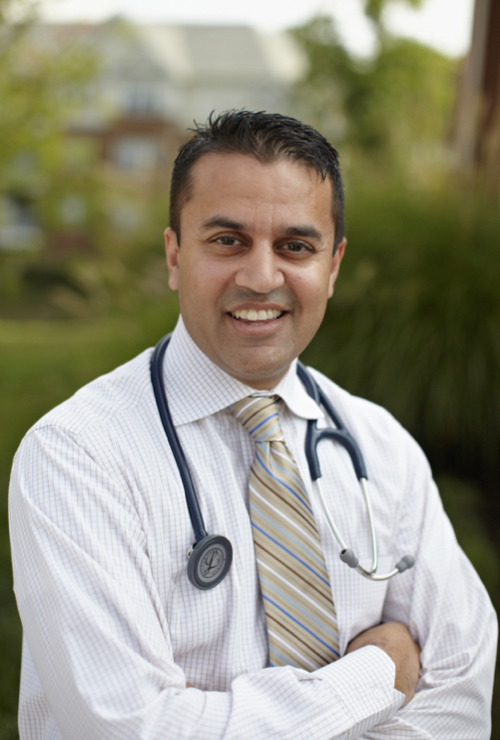 Mitesh Amin, M’99, H’10, might well qualify as a modern-day Renaissance man … and not just because he followed an atypical career path. A founder and managing partner of James River Cardiology with six locations in Central and Southside Virginia, his interests range from computer science and cardiology to business and basketball.

Amin developed a passion for computer science while attending Thomas Jefferson High School for Science and Technology, a premier magnet school in Alexandria, Virginia. He wasn’t familiar with Virginia Commonwealth University until his sister, Sonal Amin Patel, M’97, who had a strong desire to go into medicine, was accepted into the VCU Honors College’s Guaranteed Admission Program with the School of Medicine.

Their dad encouraged his son to consider becoming a physician, too. Amin saw guaranteed admission as a good opportunity to study computer science before attending medical school.

“I had a really great undergraduate experience at VCU,” he says, recalling a curriculum ranging from premed classes to a co-op with the IT group at Circuit City corporate offices. “The additional courses required in the honors program consisted of a wide variety that we ordinarily wouldn’t take, such as contemporary art or the history of math.

“Looking back, this diversity really helped us further round out our undergraduate experience.”
The Honors College also was where he met his future wife Neema, a biology major.

Later, as the youngest graduate of the Class of 1999, Amin accepted a consultant job with a Boston-based management strategy firm focused on the pharma and medical device sector, which also involved a stint in Japan.

While employed as a consultant, Amin found his focus. “I was working a lot with cardiology-related companies, helping them with their cardiac portfolios.” As new capabilities emerged, he was able to find ways to combine his clinical and computer technology backgrounds even before returning to Richmond and VCU in 2004 for an internship and internal medicine residency.

Next, he completed a fellowship in invasive and noninvasive cardiovascular disease, serving as a chief fellow during his final year.
“Mitesh is an extraordinary individual,” says Antonio Abbate, M.D., Ph.D., H’07, the James C. Roberts Esq. Professor of Cardiology in the School of Medicine. “He came to the clinical training rich in work and business experience, and it showed. He worked very well with everyone and did very well for himself as an entrepreneur.”

For Abbate, one of Amin’s most impressive achievements occurred as a resident working with Kenneth Ellenbogen, M.D., who holds the Martha M. and Harold W. Kimmerling, M.D. Chair in Cardiology. Amin published a paper in JAMA, as first author, on decision analysis models for recalled pacemakers and implantable cardioverter defibrillators.

Since then, he has published more than a dozen research papers in peer-reviewed journals.

Around the time his fellowship began, Amin married his Honors College sweetheart, Neema Amin, M.D. A Richmond native who earned her medical degree at Howard University, she is a surgeon with VCU Health’s Colonial Orthopaedics.

While their passion is the medical field, as Amin says, the couple also are involved in real estate and business ventures. Amin attributes that interest to having grown up with a father who was an engineer but eventually transitioned to small-business owner and real estate developer.

Among their more recent projects is the Sedona Taphouse in Colonial Heights. Amin, who owned the real estate property, partnered with the restaurant owners because he admires their commitment to healthier food options and charity support.

A more personal project was the construction of the Amins’ dream home in Chester, a contemporary structure on the James River whose wide-open interior design is primarily of their own creation. They live there with their daughters. 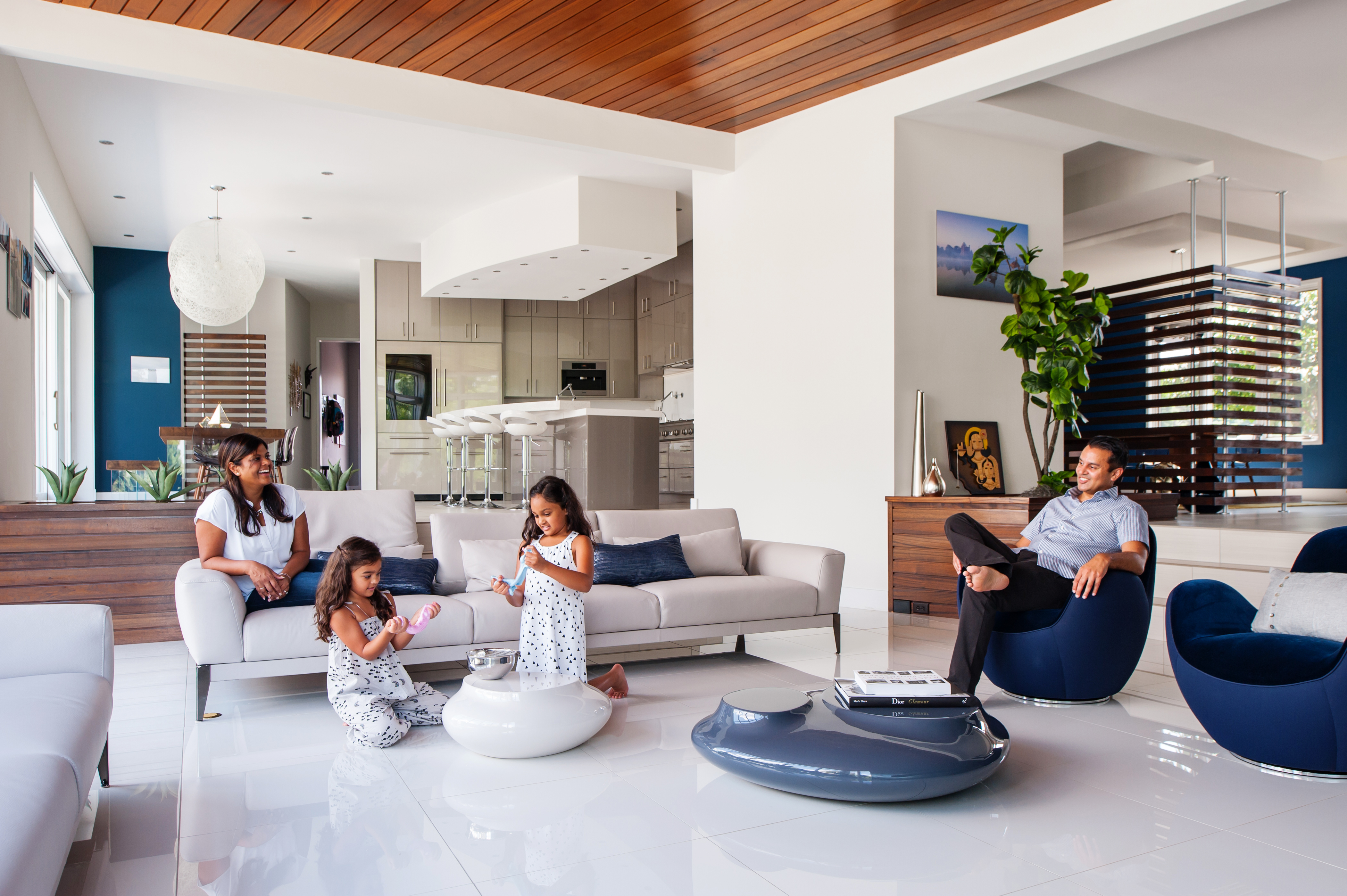 Neema and Mitesh Amin, with daughters Kirin and Riya, relax in their contemporary home in Chester, Virginia.

The girls, ages 8 and 10, are involved with squash and dance, while Amin enjoys running and holding season tickets as a “diehard VCU basketball fan.”

In fact, he points out, “Our whole family is very connected to VCU.” As well as his sister, his sister’s husband, Dhaval Patel, M.D., completed his residency training on the MCV Campus, and his wife’s sister, Sejal Patel, D.D.S., is a 2008 School of Dentistry alumna.

And then there are his parents, Satish and Madhu Amin. “My father has always had a sentimental attachment to VCU,” Amin says because of the family’s many connections to the university.

That attachment led Amin’s dad to look for a place to which he could relocate from Northern Virginia, provide rental rooms for students and offer them home-cooked vegetarian fare. Now retired, he and his wife moved to Richmond and live two blocks from the Siegel Center.

VCU love and the Renaissance spirit clearly run in the family Amin.