The Class of 2018’s Mariko “Marley” Hanson has read the latest reports that detail a growing need for primary care physicians.

The Class of 2018’s Mariko “Marley” Hanson has read the latest reports that detail a growing need for primary care physicians.

“I think more and more medical students are pursuing a specialty instead,” she said. 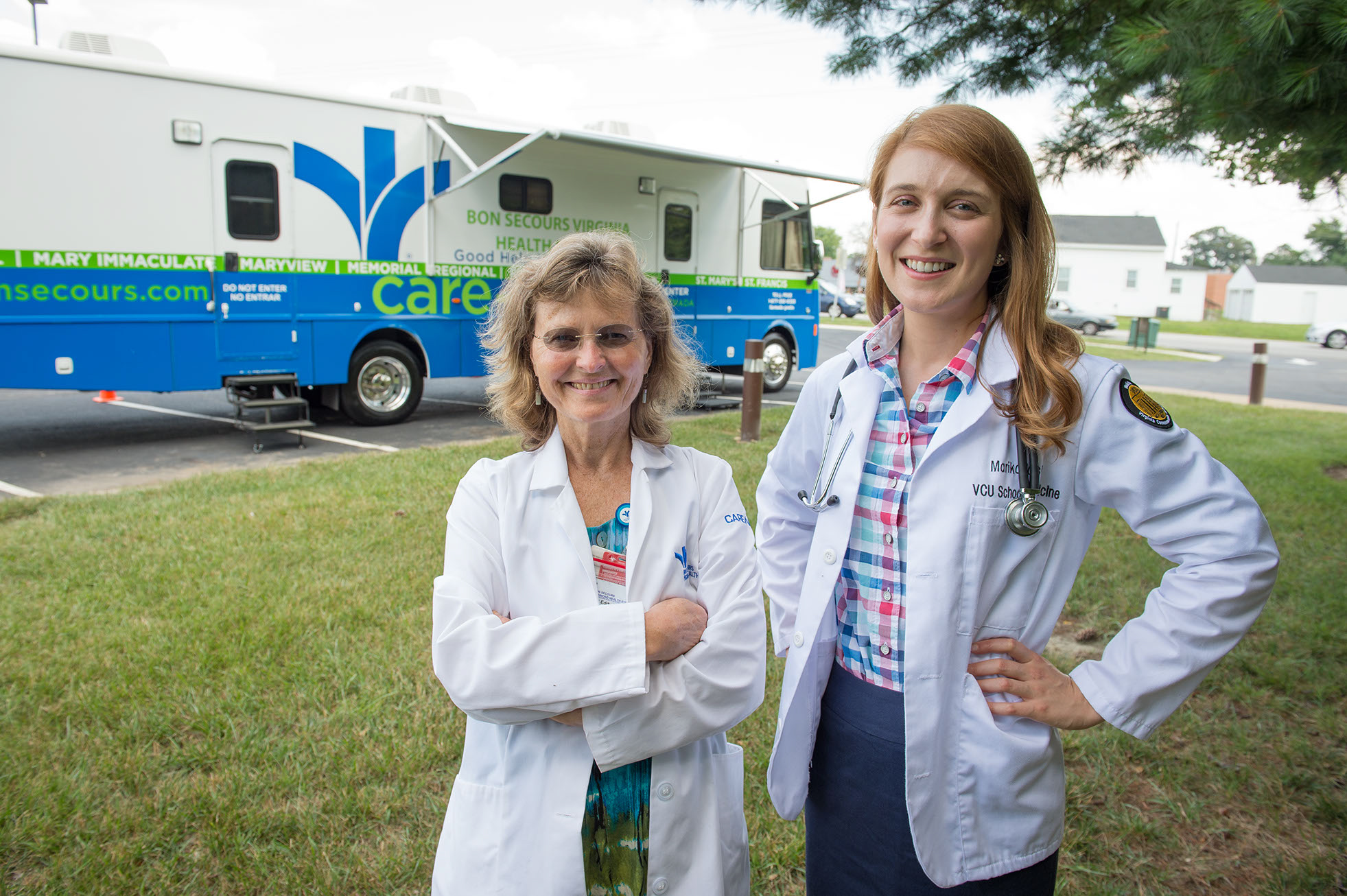 The Class of 2018’s Marley Hanson (right) was paired with Janet Eddy, M’87, H’90, through the medical school’s fmSTAT program. “When I started, I thought my mentor would just be an advisor,” Hanson said. “She has been that, but it’s been so much more. It’s grown into a wonderful friendship and partnership.”

“But I’m passionate about family medicine. It’s a great way to reach underserved populations.” According to the Annals of Family Medicine, the U.S. will need an additional 52,000 primary care physicians by 2025 to serve the aging population, as well as the added number of individuals who will have health insurance as a result of the Affordable Care Act.

But that goal may be difficult to reach, as the New York Times recently reported a decrease in the graduation rates of primary care doctors.

“A lot of students have come to the School of Medicine over the years thinking they would become family medicine doctors, but then they got lured away to a specialty,” said Carolyn Peel, M’92, H’95, assistant professor for VCU’s Department of Family Medicine and Population Health on the MCV Campus. “We’ve been thinking for years, what if we could identify students who had an interest in family medicine as part of the application process and nurture them all the way through?”

That idea came to fruition in 2010 with the development of the Family Medicine Scholars Training and Admission Tract, or fmSTAT. A dual admission program within the School of Medicine, fmSTAT is designed to develop, nurture and support medical students who are committed to the pursuit of a career in family medicine.

“This is one of the reasons I chose VCU,” Hanson said. “It made the school stand so far apart from others.”

The program got its start when Dean of Medicine
Jerry Strauss III, M.D., Ph.D., asked faculty to consider a three-year accelerated program as a potential for increasing the number of students pursuing primary care. A team led by associate professor Steve Crossman, M’95, director of medical education for the VCU Department of Family Medicine and Population Health, gave the question careful consideration. In the end, they conceptualized fmSTAT instead.

“I think what our students really value with this program is that sense of community,” Peel said. “There’s this student camaraderie. The support is invaluable.”

The first class of five students entered fmSTAT in 2012 and will graduate next May, an important milestone for the program. This year’s incoming class of 10 marks the fourth set of students. 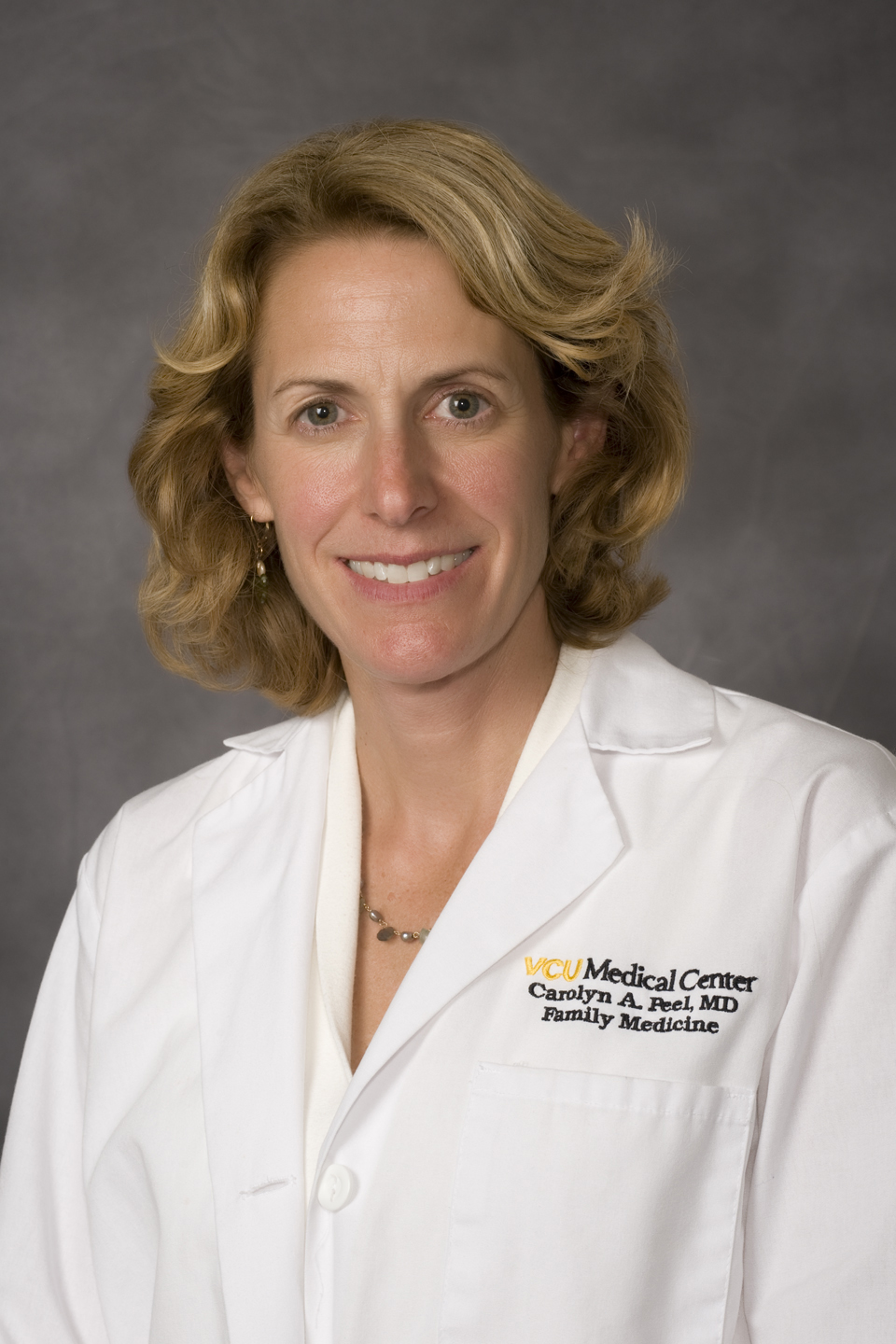 “It has grown each year since we started,” Peel said. “We are proud of that fact.”

Students accepted into the program enjoy preferential placement with specially chosen family physician teachers and are assigned family physician mentors. They also attend semi-annual retreats and seminars and have the opportunity to shadow a family physician during the summer following their first year.

“These students are not just sitting in class next to another person,” said Judy Gary, M.Ed., fmSTAT’s educational director. “They are getting out there in the community and gaining valuable experience.” Hanson, for example, was paired with Janet Eddy, M’87, H’90, the medical director of the Bon Secours Richmond Health Care System’s Care-A-Van, a mobile clinic that provides medical care to the underserved. Both share a commitment to providing medical care to this vulnerable population.

“When I started, I thought my mentor would just be an advisor,” Hanson said. “She has been that, but it’s been so much more. It’s grown into a wonderful friendship and partnership.”

Hanson sees patients with Eddy and attends medical conferences with her. Since many of Eddy’s patients don’t speak English, Hanson is also learning Spanish.

“When they came to me and asked me to be a mentor, my initial reaction was no,” Eddy said. “I don’t really like having people in my clinic. It’s a tiny space, and most of my patients want to keep a low profile. But I also feel obligated to help. There are not enough of us around.”

They’ve known each other for a year now, but after just a few weeks, Eddy knew she made the right decision.

“It’s been so good,” she said. “Marley is learning first hand what’s good about this field, what’s great about family medicine.”

Family practitioners enjoy the unique privilege of following a patient through all stages of care and play a vital role in preventive care. They get to know not only the patient, but often the entire family. They are the initial point of contact and often have a long-term relationship with patients.

More family practitioners are needed to not only treat patients, but to help bring down the cost of medical care, Eddy said. When patients can’t get in to see a family doctor, they instead go to the emergency room or to a specialist, which is more expensive. “I just love the utility of family medicine,” Eddy said. “You can walk into any place and get done what needs to be done. It’s incredibly rewarding.”

But many medical students get wooed away from the field to more lucrative and glamorous specialties. “Medical students for the most part are in a hospital setting,” Peel said. “They don’t always see what care in the community is all about. It’s easy to lose sight of community-based care inside a hospital’s four walls.” But with fmSTAT, medical students are getting the opportunity to actively participate in family medicine their first year of school. 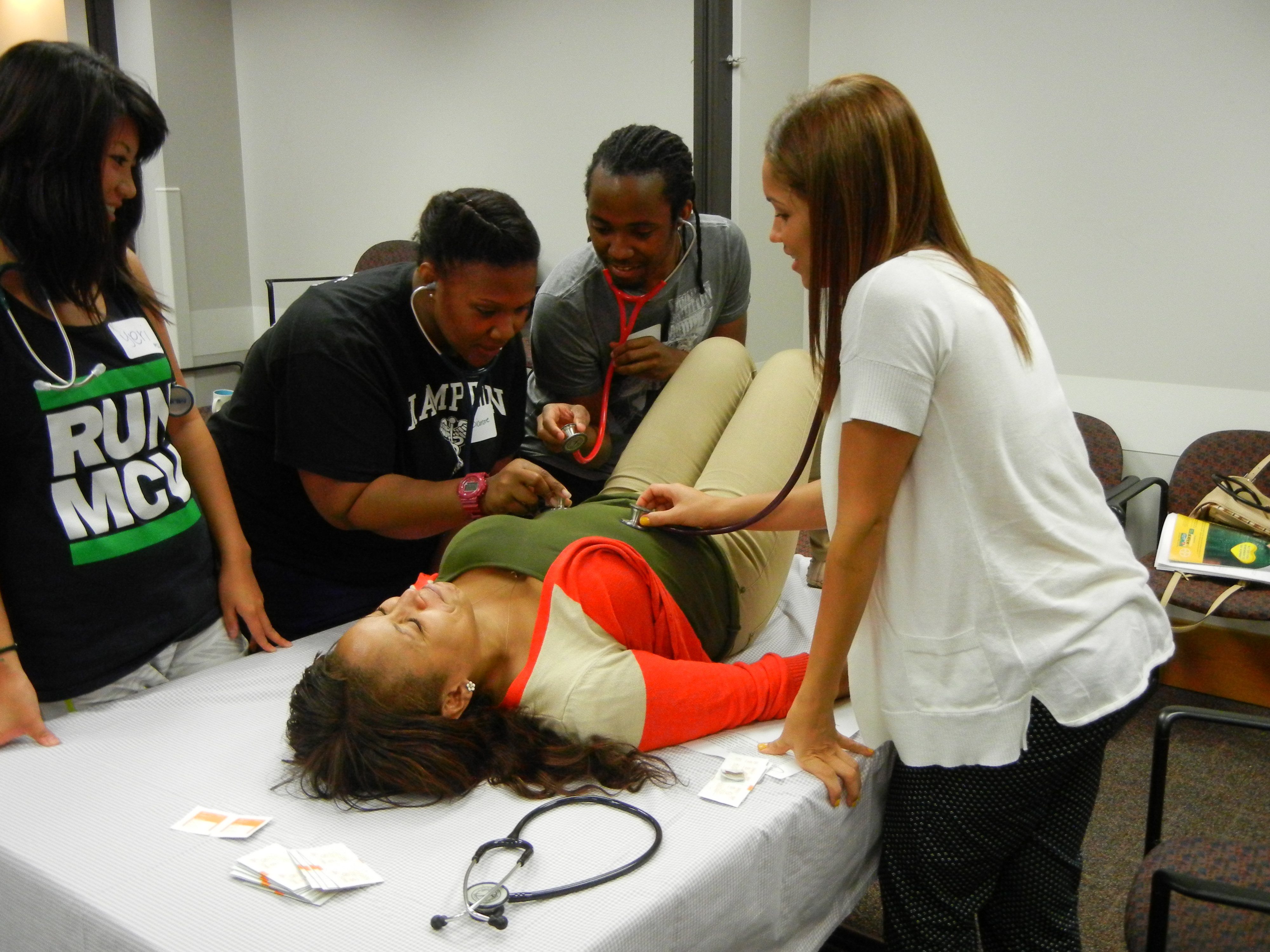 The fmSTAT program builds camaraderie among the students with workshops and semiannual retreats. Cross-class interaction gives students of all ages the chance to learn from each other and offer support.

“I never thought I would have this type of opportunity so soon,” Hanson said. “I’m out there [with Eddy] talking with patients and getting involved in their care. That sort of thing usually comes later. I like the idea that I’m doing this alongside other like-minded students, faculty and staff. We are like a big family.”

Cross-class communication and interaction is integral to fmSTAT, giving students of all ages the chance to learn from each other and offer support. Team-building activities have included a Top Chef-inspired competition and ropes courses.

That emphasis on camaraderie is paying off. Of the 20 students accepted into the program so far, only three have resigned, Gary said. And the program is gaining attention. U.S. News & World Report ranked VCU among the top 50 medical schools for primary care in its 2016 edition of “Best Graduate Schools.”
Hopes are running high for the future too, but Gary cautions it will take some time to determine if fmSTAT will add to the number of VCU students matching in family medicine residencies. Over the last several years, she said, about 10 percent of the School of Medicine’s class has matched in family medicine.

“We are so excited about the possibilities for the future,” Gary said. “We are working on building an endowment so that we can create more scholarship opportunities. We are very hopeful that this program will make a difference.”

For Hanson, it already is.

“It’s been so rewarding to be a part of this program,” she said. “I had no idea family medicine was so diverse. I know I’m in this for the long haul because I can truly make a difference in the lives of others.”