As a medical student, Doug Johnson, M’79, turned to painting to help him relax after a hectic and often stressful day at the hospital. 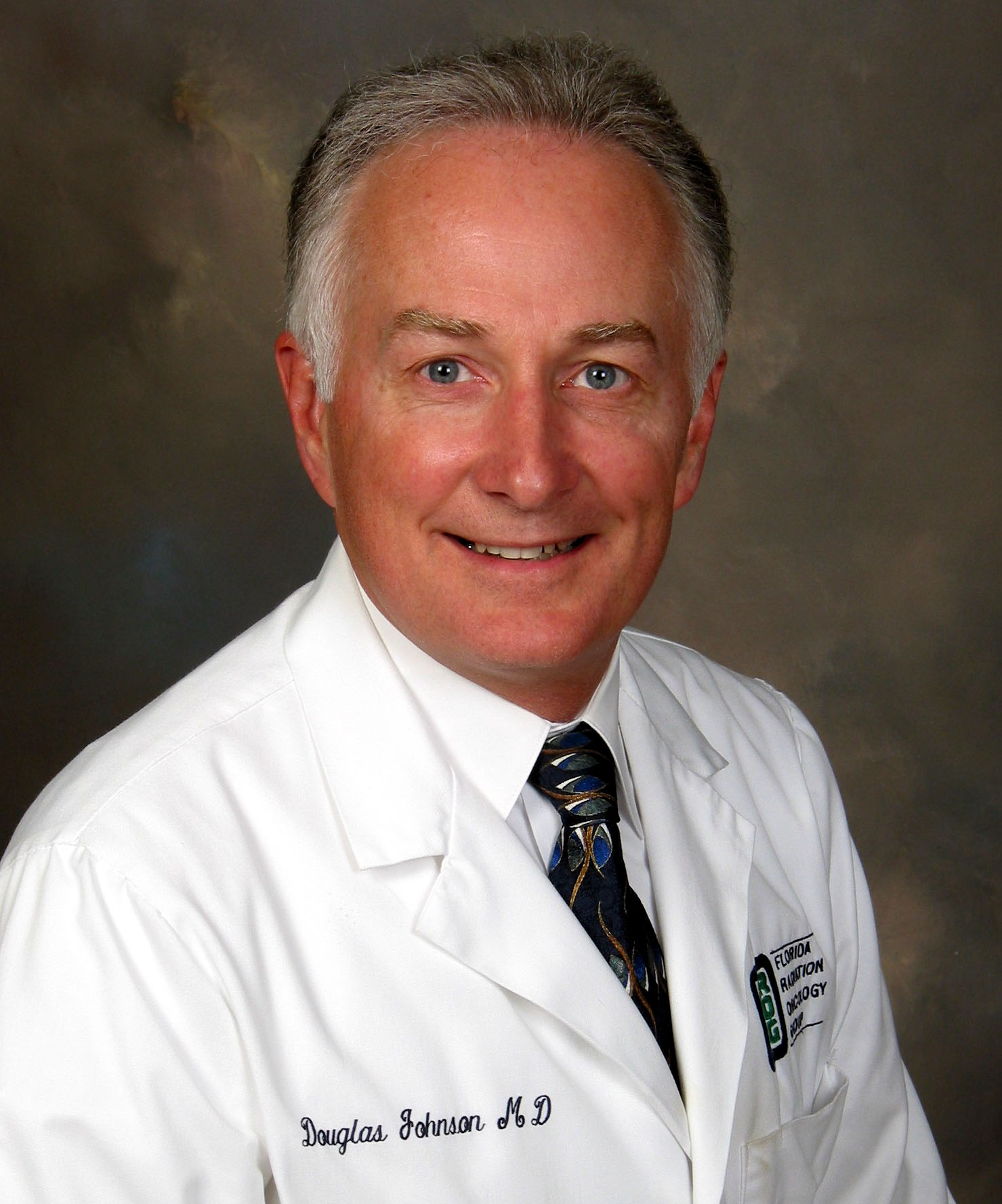 As a medical student, Doug Johnson, M’79, turned to painting to help him relax after a hectic and often stressful day at the hospital.

“Painting remains a great way to unwind,” he says. “For me, it’s always provided a feeling of quiet solitude and focus that is outside my normal world.”

A radiation oncologist in Jacksonville, Florida, Johnson is slowly transitioning into retirement. He continues to answer the call when needed at Baptist Medical Center, but much of his time is now spent in the art studio he and his wife, Sue, built behind their home.

There, you will find him in front of the easel with his oil paints, laying color onto the canvas as he brings landscapes, cities and towns to life. Many of the pieces are inspired from his travels with his wife across the U.S. and abroad. One example is Old Havana Happy Feet that was created after his visit to Cuba in 2015. Like most of the paintings from his travels, he combined the highlights of the trip – the buildings, street scenes, people and landscapes – into one image.

“I wanted to encapsulate our travels,” he says. “It’s better than a photograph. It’s the emotion behind the experience. It’s a way to turn part of my life into something concrete.”

Last summer, he sold the painting at a benefit for the Wolfson Children’s Hospital in Jacksonville. The hospital holds a special place in Johnson’s heart, as he treated many children there over his 40-year career.

“I think the artistic process involved with painting has made me a better doctor,” says Johnson, whose art was featured in last fall’s edition of the Medical Literary Messenger. “It’s helped me empathize and connect with my patients on a deeper level.”

The son of an Air Force dad, Johnson attended 11 schools during his grade-school years. Growing up, he initially dreamed of becoming an astronaut and enrolled at Virginia Tech, mainly because it was the first in the country to acquire a supersonic wind tunnel. His adviser there, however, suggested he pursue another field because the Apollo program had been canceled. He graduated instead with a degree in biology.

He also had a change of heart during residency, switching from internal medicine in San Antonio to radiation oncology at Stanford University Medical Center in California.

“The field combines all the sciences – biology, physics and engineering – into one,” he says. “It’s fascinating how far we have come during my career, and amazing to be a part of that revolution.”

Today, machines can more precisely and aggressively target tumors or disease, protecting healthy tissue while improving outcomes. That science is the spark for many of Johnson’s abstract paintings, including a series on trigeminal neuralgia, a chronic pain condition originating near the brainstem. The three paintings highlight the red, inflamed nerve — first hiding behind normal tissue at diagnosis, then hit by the bright light of treatment and, lastly, healing. 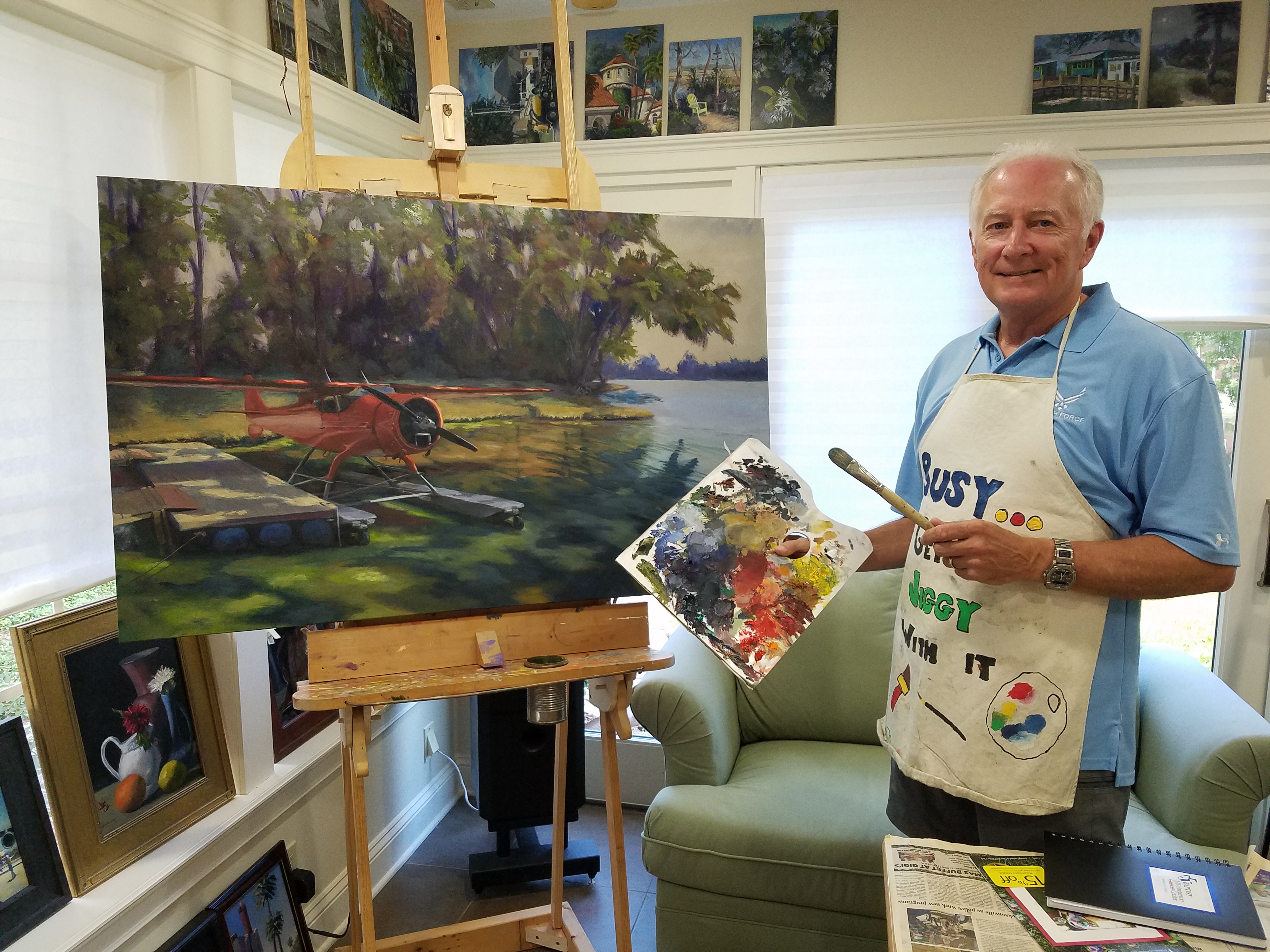 Johnson at work painting a Cessna Airmaster 1939 on floats.

Johnson also enjoys painting aviation scenes. A past president of the Flying Physicians Association, he earned his pilot’s license in 1980 and built his own plane, a Lancair IV-P, in the 1990s.

“I have a connection to everything I paint,” Johnson says. “For me, it’s about capturing the emotion of the moment and bringing that story to life. It never gets old.”

The Medical Literary Messenger is a journal produced by faculty and students on the MCV Campus. To see more of Johnson’s art, including his series on trigeminal neuralgia, visit pages 11 and 25 at https://med-lit.vcu.edu/media/med-lit/docs/MLMFall2018.pdf