In 2013, Wayne Reichman, M’83, F’89, began transitioning from his role as a Baltimore vascular surgeon to the medical director for a free surgical clinic in Jacmel, Haiti. 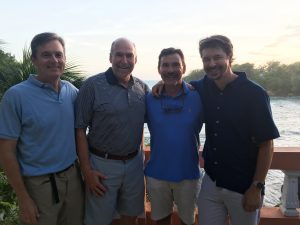 In 2013, Wayne Reichman, M’83, F’89, began transitioning from his role as a Baltimore vascular surgeon to the medical director for a free surgical clinic in Jacmel, Haiti.

His commitment to the Jim Wilmot Surgery Center, owned and operated by nonprofit Community Coalition for Haiti, inspired a trio of VCU School of Medicine alumni to join him in providing free surgical care to the country devastated by a 2010 earthquake. While each alumnus took a different path to Haiti, it was their ties to their alma mater that opened doors to an opportunity to help the less fortunate.

Anesthesiologist Michael Boss, M’06, H’08, first heard about Reichman’s work in an article in the medical school’s alumni magazine, 12th & Marshall. Later, the two physicians found themselves operating together at University of Maryland Medical Center, and Reichman invited Boss to join him on an October 2015 trip to Haiti.

Boss has been back twice a year ever since.

“I wouldn’t be doing this if it wasn’t for MCV and the people I worked with in residency and in medical school,” Boss says. “It was my first introduction to an underserved population. I had great attending physicians like Bob Kravetz, M.D., who opened a free clinic in Fredericksburg where I got to spend a little time.” 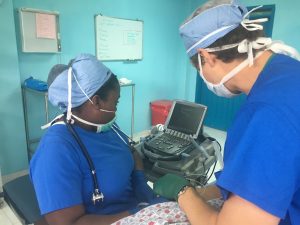 However, Haiti was his first experience traveling internationally to treat the underserved. “My first trip was pretty eye-opening to see the poverty and condition of the country. It was heartbreaking at times … Now, it’s more of a second home and the people there are like family.

“I’m excited to continue this work indefinitely,” Boss says, “and to have this attachment to MCV is such a special thing.”

Paul McNeill, H’88, F’90, and Reichman trained together as fellows on the MCV Campus and kept in touch at vascular surgery conferences over the years. In 2016, McNeill started coming to Haiti with Reichman once a year. It was McNeill who led Reichman to his fourth MCV Campus connection: urologist Kenneth Collins, H’88, who made his first trip to Haiti in 2017.

“It makes my life easier being able to rely on folks that I know will have the right skillset and personalities,” Reichman says. “They are all super and work well with the rest of the team.”

The four physicians traveled to Haiti together for the first time in fall 2017, solidifying their friendship as they connected after 14-hour days of operating by sitting on the rooftop of their guest house and reminiscing about their time on the MCV Campus.

“We shared some hilarious stories,” Reichman says. “It was quite a laugh.”

Details of those stories, however, are on strict “lockdown,” Boss laughs. “Old stories from residency, funny things that happened. Things functioned differently 20, 30 years ago, so it was fun to hear everybody’s take.” 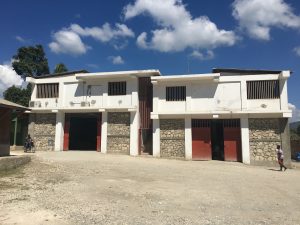 In November, Boss and Reichman attended the grand opening for a new facility two years in the making. Spearheaded by Reichman, it’s twice the size of the previous facility and allows for new services including cataract surgery, upper endoscopy, and general surgical and gynecological laparoscopic procedures.

In 2017, the Haitian government awarded the clinic full accreditation as a foreign health care provider, meaning it is now one of only a handful of foreign providers that can purchase medicine in the country and organize regional preventive care programs such as mobile cancer screenings and school-based health screenings.

Reichman says the surgical facility has expanded from 75 cases annually in 2015 to more than 300 in 2018. That’s not including the 20,000 patients who come through the clinic’s primary care unit each year and the 8,000 patients who receive physical therapy.

“My role now is to ensure that the surgical center is adequately staffed with recruiting and volunteers who can train Haitian physicians to do what we do,” Reichman says. “Our long-term goal is to train enough Haitian medical personnel to be able to take over and run the entire facility.”

Reichman says he’s most proud of the partnerships created with Haiti’s health ministry, the local hospital In Jacmel and numerous other clinics to better the country’s overall health care system. He encourages other physicians with public health interests to narrow their focus as they define how they want to make an impact.

“There are many places around the world where you can volunteer,” he says. “But you can’t change the whole world and do everything for everyone. Pick one area and serve it well.”

And if you can find your spot and make an impact with your fellow alumni?