Exploring the genetics of alcohol use disorder

Federally funded research center, one of 20 in U.S., spans disciplines and models

More than a decade of collaborative work at the VCU Alcohol Research Center has led to major advances toward understanding the genetic components of alcohol-related disorders.

“We had the idea that by bringing a group together that all used genetics – but did it across different disciplines and models – we could potentially get at the real complexity of how alcohol changes the nervous system and eventually causes someone to be addicted to alcohol,” says Michael Miles, M.D., Ph.D.

Director and co-founder of the Alcohol Research Center, Miles is a professor of pharmacology, toxicology and neurology at the School of Medicine.

Now, with the help of a $7.8 million, five-year, P50 Center grant renewal from the National Institutes of Health’s National Institute on Alcohol Abuse and Alcoholism, Miles’ team hopes to gain even greater perspective on the links between genetics and alcohol use disorder, which includes abusive alcohol consumption.

Center investigators began working together in 2005, focusing on preclinical and clinical studies that advance the understanding and root causes of alcohol misuse and alcoholism. Initial NIAAA funding, an NIH P20 Developmental Center grant, was obtained in 2009. The success of the center’s work led the NIAAA to award the university a $6.9 million, five-year, P50 Center grant in 2014 to expand the ARC. Currently, the NIAAA funds only 20 similar centers nationwide.

“With the P20 and two P50 awards, this will take us through about 14 years of continuous funding for VCU ARC,” Miles notes, “not to mention all the other resulting federal awards to ARC investigators over this time. In addition to the funding itself, I think our center has made a significant intellectual impact on the VCU research environment as well as the field of alcohol research.”

The numbers speak for themselves. Thirty-one grants, not including the P50 Center projects, are currently funded by the NIAAA. Since the Alcohol Research Center was founded, the university has seen a marked increase in NIAAA funding, resulting in a total of more than 90 research or training grants overall and putting VCU at No. 20 nationwide in NIH-funded addiction research. During fiscal year 2020, NIAAA provided more than $9 million in support of VCU investigators.

Moreover, since receiving the original NIAAA funding, ARC investigators have produced more than 120 publications – the majority of which represent collaborative efforts – that have appeared in major journals such as Proceedings of the National Academy of Science, Addiction Biology, Neuropsychopharmacology and Nature Neuroscience.

Focusing the search for genetic influence

According to the NIAAA, alcohol use disorder represents a major public health burden in the United States. In 2019, it was estimated that more than 14.5 million people over the age of 12 suffer from AUD. The disorder contributes to about 95,000 deaths annually nationwide.

Previous work by ARC researchers and others has determined that about half of alcohol addiction is attributed to social and environmental factors, while the other half is genetic. However, finding the genes that influence alcohol addiction is difficult since many genes contribute, each only a small portion of the overall risk.

The center is working to identify key genes that influence risk for alcohol addiction and that also may lead to future therapeutics. To that end, the team has discovered several genes that play a role. Miles says there likely will not be a single genetic marker that tells the whole story.

“It could be a panel of genes that might tell us that a person has a certain higher percent risk of becoming an alcoholic,” he says.

He says the center’s research also has implications for other types of addictions, as does other research across VCU. The ARC serves as a network that spans multiple schools and departments at the university, including more than a dozen lead investigators of individual projects or cores.

Within the ARC, a better understanding of how the brain changes because of alcohol addiction could help inform researchers about the body’s interactions with drugs such as cocaine or opioids. “There’s a lot of molecular events that are similar across drugs of abuse, and the neurobiology has certain similarities,” Miles says. 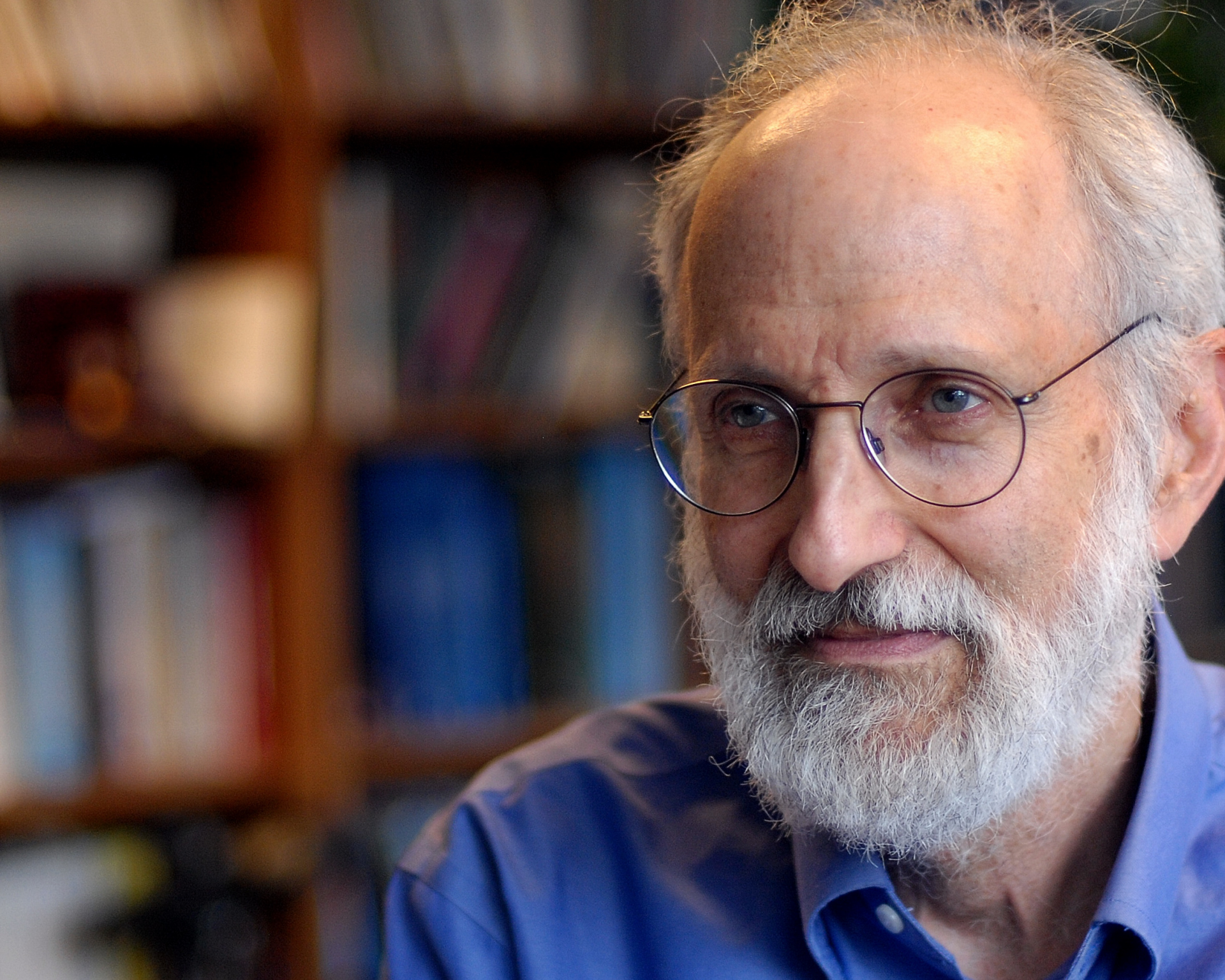 Beyond genetics to further causal factors

Kenneth S. Kendler, M.D., director, professor and eminent scholar at the Virginia Institute for Psychiatric and Behavioral Genetics at VCU, is an active partner with Miles in the ARC research and served as lead investigator for the previous five-year funding cycle that was awarded in 2014. As the center’s scientific director, he sees the potential for great advances.

“The very broadest picture is: We’re using a range of tools to try to clarify the complexity of the transmission of drug and alcohol prevention and effects through families,” says Kendler, who holds the Rachel Brown Banks Distinguished Professorship in psychiatry.

“Part of what we’ve been interested in is understanding the role of genetic, but also nongenetic, factors in transmission. We know, for example … you can learn [behaviors related to drug and alcohol addiction] from your relatives — both from your siblings and from spouses. We’ve tried to take advantage of natural experiments, such as Swedish population registries, to understand causal factors within addiction and drug abuse.”

School of Medicine Dean Peter F. Buckley, M.D., emphasizes the importance of this work to the medical field’s understanding of how to treat substance use disorders.

“The work of our team members at the Alcohol Research Center and across this university and health system to address addiction is foundational for finding new treatments for alcohol use disorder and other diseases stemming from substance abuse,” Buckley says. “Their continued work will help many more people who battle addiction every day.”

The Alcohol Research Center – which currently comprises five major projects, two pilot grant projects and two core resource projects – is supported by a recently renewed five-year grant totaling $7.8 million from NIH’s National Institute on Alcohol Abuse and Alcoholism. Previous years of funding for the center have produced many direct research contributions that have led to the funding of more than 17 other grants at VCU from NIAAA.

VCU is among the top 20 institutions across the country for NIH-funded addiction research. Among the ARC’s many contributions to the field:

• Using studies across mice and humans, researchers published findings that genetic variation in a network of genes around a specific protein was associated with alcohol dependence. The findings suggested that a drug that inhibits this protein could reduce a person’s alcohol consumption and may lead to new clinical trials.

• Using Swedish population-based registries, scientists found that alcohol use disorder is strongly associated with suicide risk. The findings underscored the impact of AUD, even in the context of other mental illness, and implicated the time frame shortly after a medical or criminal AUD registration as critical in efforts to reduce alcohol-related suicide.

• Investigators reported genome-wide association results on alcohol dependence in severely affected cases and controls from Ireland and replication data from the United States, integrated with supporting
data in model organisms and novel analytical methods. The resulting paper included as authors
14 VCU-ARC project PIs or co-investigators as well as 14 trainees in VCU-ARC labs.

• Published findings across humans and the model organism Drosophila showed a specific gene regulating the expression of many other genes was associated with alcohol behaviors in both species.

In addition to Michael Miles, M.D., Ph.D., and Kenneth Kendler, M.D., lead investigators of individual projects or cores at the Alcohol Research Center include researchers from multiple departments of VCU. Among them are: