Woleben is the only faculty advisor to receive this year’s Careers in Medicine Excellence in Medical Student Career Advising Award. 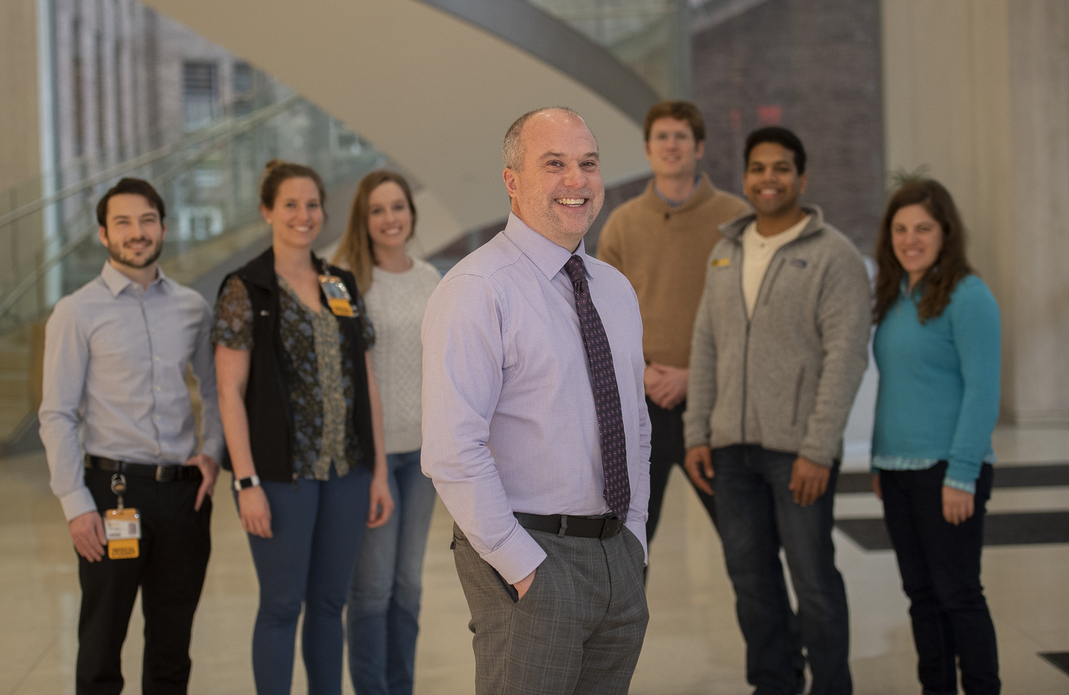 Chris Woleben, M.D., is dedicated to helping students succeed. And after a challenging year of navigating his role as interim senior associate dean for undergraduate medical education at the VCU during a global pandemic, he became one of just four nationwide recipients of the Careers in Medicine Excellence in Medical Student Career Advising Awards from the Association of American Medical Colleges, or AAMC.

Woleben, a pediatric emergency medicine physician who also serves as associate dean for student affairs, was honored with the Faculty Advisor Award for being “a tireless champion of our learners and … for his accessibility and willingness to help, even outside of the typical channels,” according to the association.

During his 14 years in the Office of Student Affairs, Woleben has helped thousands of VCU students by developing innovative programs and strategies to support them throughout their medical school journeys.

He built out a longitudinal career development curriculum and established a nationally known stoplight program to identify and support at-risk students, which uses an algorithm to categorize students into their predicted chances of a successful residency match.

“It starts during orientation first year,” Woleben told VCU News earlier this year. “Getting them starting to think a little bit about their professional identity within the field, learning how they work together in teams, how their personality type might play into different specialties that they choose, providing them with lots of information on how the match process works.”

VCU’s graduates frequently match through the National Resident Matching Program at a higher rate than the national average due in no small part to the work of Woleben and his colleagues. A couple years ago, the AAMC sought Woleben’s help in translating that success to other medical schools across the country. A survey he created for fourth-year students is now part of the association’s toolkit, and as chair of the national advisory committee for the Electronic Residency Application Service, he wants to make the interview process smoother and more equitable for both students and programs.

Students have described Woleben as a great role model and a lifelong friend who is personally invested in everyone, despite having more than 200 students on his roster each year.

“I really found a passion for helping people develop their professional identity,” Woleben said. “It’s just something that’s personally interesting to me and rewarding when I see a student who maybe struggled at some point, and they’re able to match into a great program and they’re happy with the outcome. Those are the things that make this job really rewarding.”