All I knew was I had this dream 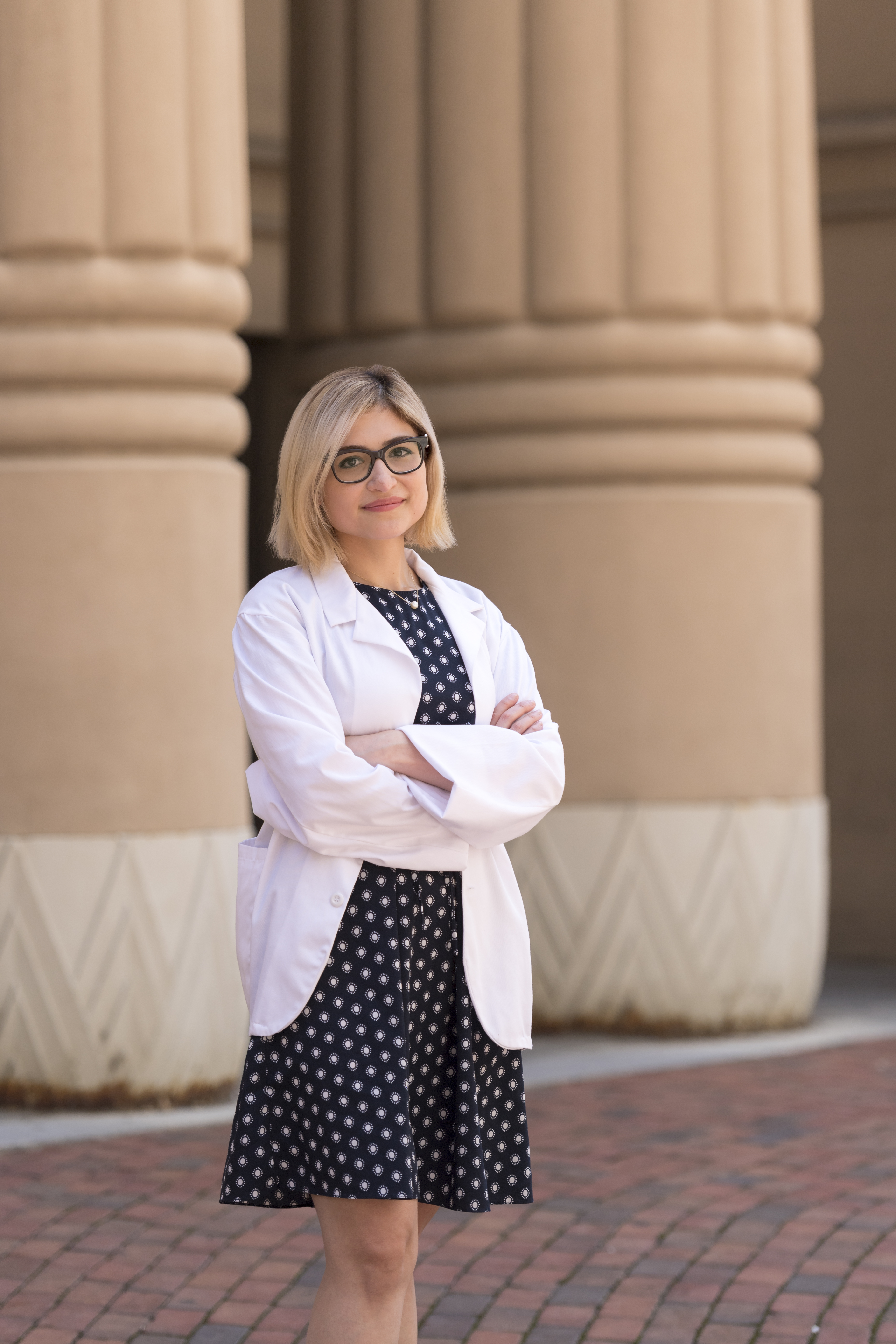 The Class of 2020's Armita Kabirpour

The Class of 2020's Armita Kabirpour was visiting her aunt in the hospital in Tehran, Iran, when suddenly the bedside monitors began beeping.

Doctors and nurses ran in, escorting Kabirpour outside. Her aunt had gone into cardiac arrest.

"They opened her chest right there," says Kabirpour, who was 15 at the time. "I saw blood all over the place. I was terrified."

Kabirpour's aunt had received a stent a few days earlier, but the device had twisted because it wasn't the correct size. Doctors rushed her back into surgery for an eight-hour procedure that ultimately saved her life.

"I was really scared, but I was also very curious about what exactly they were doing to save her," Kabirpour says. "I was so relieved when they told us she would survive, then immediately began asking questions."

The cardiac surgeon, Daryoush Javidi, M.D., was happy to answer them all. It was the beginning of a mentorship and the start of Kabirpour's journey to Richmond.

From the time she was a small child, Kabirpour knew she wanted to become a doctor. But it wasn't until her aunt's emergency surgery that her dream to become a cardiac surgeon was born. For the next two years, Kabirpour shadowed Javidi at his clinic.

At the age of 17, she left home to enter George Mason University in Northern Virginia. She graduated in 2016 with a degree in chemistry.

"When you are so young, you don't know what you are getting yourself into," she says. "I had no idea how hard it would be to come here by myself. All I knew was that I had this dream."

Her family could not help support her financially from Iran, as that country's currency has fallen in recent years. Last year, Kabirpour was awarded a pair of philanthropically funded scholarships: the Medical Student Scholarship and the Dorothy Velma Clark Loveall Scholarship.

"I received the news about the scholarships when I was struggling to manage my funds to be able to complete away rotations and research during my third and fourth year to prepare for residency," she says. "I am so grateful. I wouldn't be able to do this without help."

The two scholarships cover her full tuition and enable her to complete cardiac surgery rotations outside Richmond at places like Mount Sinai Hospital in New York, the University of Maryland Medical Center, Stanford Hospital and the Keck Hospital of University of Southern California. The rotations are invaluable in gaining the connections and experience she needs to be competitive for next spring's residency match.

"These scholarships helped me when I needed it most and encouraged me to never give up on my dreams," Kabirpour says. "I hope one day I can be the one who supports other medical students as they follow their passion."

In addition to her rotations, Kabirpour is busy with research projects, including one that examines methods of controlling infections in ventricular assist devices.

"Armita has shown the desire, dedication and determination to succeed," says Vigneshwar Kasirajan, M.D., Stuart McGuire Professor and chair of the VCU Department of Surgery. "She is curious, and takes time to teach other students. I have no doubt she will succeed in her desire to be an excellent surgeon."

After completing medical school, Kabirpour hopes to be accepted into a six-year integrated residency program in cardiac surgery. She loves the challenges of the field but also appreciates its structure.

"It is very meticulous," she says. "Whether you are a cardiac surgeon in Richmond or Tehran, everyone follows the same steps in a surgical procedure. I really appreciate that precision."

She also is drawn to the diversity of the field.

"There are a million different areas of cardiac surgery you can specialize in, from congenital heart disease to heart failure" she says. "Plus, the opportunities for research are endless. There is so much more to learn. I can't wait for what's ahead."

We are determined to make medical education more affordable for our students.