Haley Adcox received one of the best possible rankings for her study of a critical host-pathogen interaction that influences the outcome of an emerging infectious disease.

Haley Adcox, a Ph.D. candidate in the Department of Microbiology and Immunology, has been recognized for her research on the host-pathogen interaction with a prestigious American Heart Association Predoctoral Fellowship. Selected from among 454 applications, her work received one of the best possible rankings.

Competition is fierce for research funding. So when Haley Adcox, a Ph.D. candidate in the Department of Microbiology and Immunology, applied for an American Heart Association Predoctoral Fellowship, she was ready to be turned down.

Nevertheless, she put in long hours preparing her application with the idea of gaining valuable experience for the future. The effort paid off in the present when her work was selected from among 454 applications and ranked in the 0.12 percentile, which is one of the best possible scores.

The fellowship supports promising students who are preparing for careers aimed at improving global cardiovascular health, and one part of Adcox’s challenge was communicating the connection between her molecular-based pathogen research and its implications for the circulatory system.

Adcox works in the lab of Jason Carlyon, Ph.D., a 1999 microbiology and immunology alumnus and professor in the department, who studies the infection processes of two bacterial pathogens. Adcox focuses on Orientia tsutsugamushi, which causes scrub typhus. She explains that she came to VCU to work with Carlyon because she was fascinated by his approach to researching the host-pathogen interaction. “We really get to zoom in on what’s going on within a single cell during infection,” she says. “What processes does the pathogen engage in to survive?”

A chain of events connect the initial infection by the pathogen to the cardiovascular system. Adcox explains that the pathogen is transmitted by the bite of a mite present in certain parts of the world, especially the Asia-Pacific. It infects white blood cells, spreads through the lymphatic fluids and eventually infects the cells lining blood vessels. Over the course of the infection, blood vessels are damaged, which can cause systemic vascular collapse.

Adcox studies the pathogen’s activity inside the cells it infects, namely a process by which it hides from the body’s immune system by slowing a cell’s ability to signal that it’s infected. “Understanding this mechanism is not only important for figuring out how we can better treat, target and prevent later complications by Orientia, but it can also be informative for several other pathogens and the diseases they cause,” she says.

Carlyon, her mentor, praises the importance of organizations such as the American Heart Association investing in young researchers. “These are the people who are going to be leading research in a few short years, and then, once they’re principal investigators, for decades to come.” 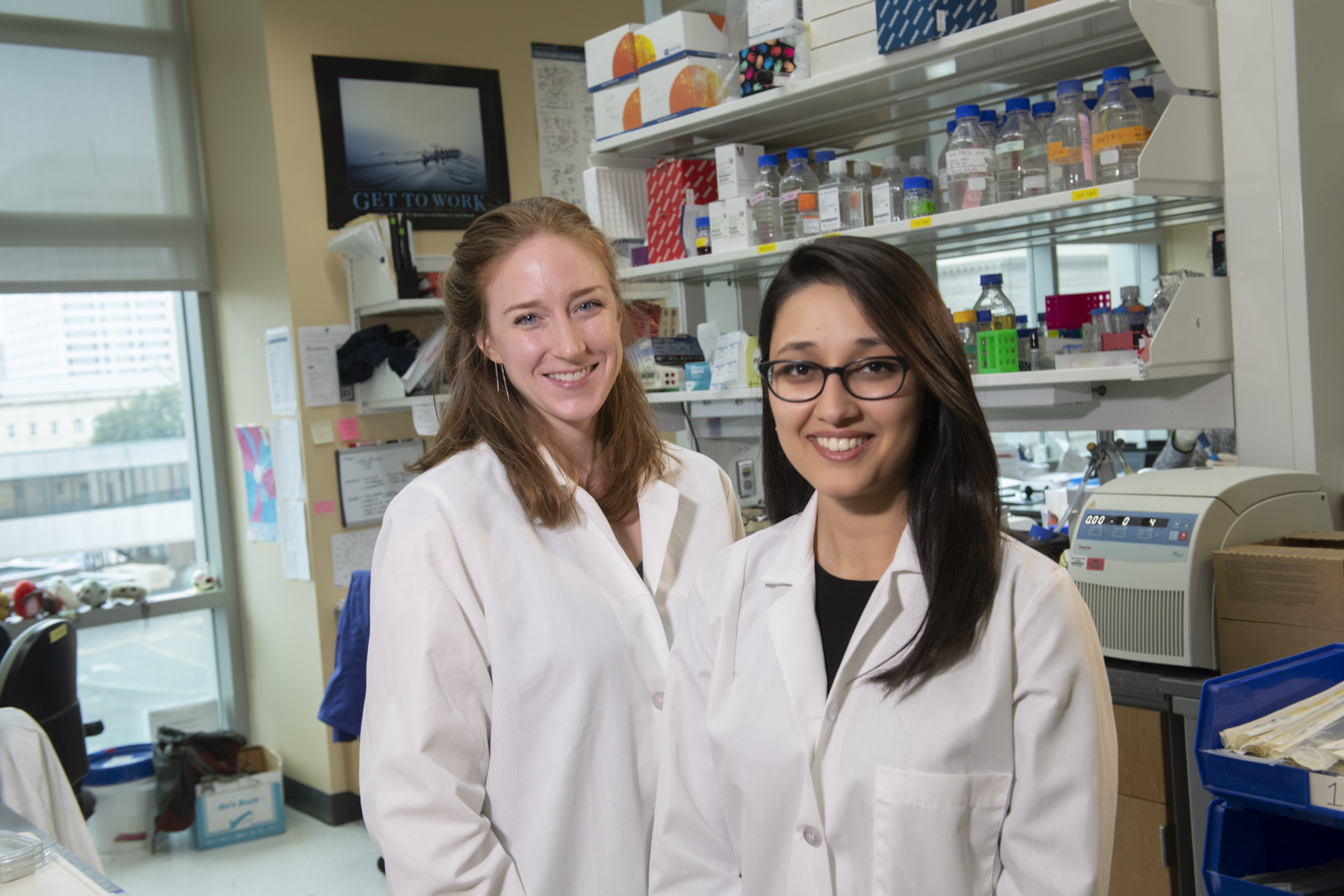 Haley Adcox and Waheeda Naimi, both Ph.D. candidates in the Department of Microbiology and Immunology in the VCU School of Medicine, earned best oral presentation in their session at the November 2019 meeting of the Virginia Branch of the American Society for Microbiology. Adcox says they saw the event as a valuable opportunity to practice communicating the details of their research.

He adds that this particular fellowship award “says a lot about the Department of Microbiology and Immunology, this lab and the VCU School of Medicine. But it says even more about Haley. You almost can’t do any better than she did.”

Since coming to VCU, Adcox has maintained a 4.0 GPA, given talks at national meetings and earned travel awards. She and fellow Ph.D. candidate Waheeda Naimi earned best oral presentation in their session at the November 2019 meeting of the Virginia Branch of the American Society for Microbiology. Carlyon says both students are leaders and standard setters in his lab.

“Haley and Waheeda have really distinguished themselves,” says Peter Buckley, M.D., dean of the School of Medicine. “The scientific discoveries they are pursuing are important — and equally so is learning how to win support for their studies and disseminate their findings. I’m proud that our graduate students get outstanding training on all these fronts from faculty colleagues like Dr. Carlyon, who produces quality science of his own while being dedicated to bringing on the next generation of scientists.”

Adcox says she was initially intimidated by the idea of being a principal investigator. She worried about competing for scarce funding and the struggle to find work-life balance. Her experience on the MCV Campus has changed her mind, she says, particularly learning from Carlyon and receiving recognition such as the predoctoral fellowship. “I’ve realized that I think I’m a good fit for it, and I’m gaining the confidence to feel that I could really excel,” she says.

“I really think Haley has what it takes to be an investigator, and clearly, the review panel did as well,” Carlyon says.