Among a long list of career accomplishments, Ann Fulcher, M.D., pioneered the use of non-invasive imaging and diagnosis of diseases of the bile and pancreatic ducts, a procedure now in common use throughout the world. 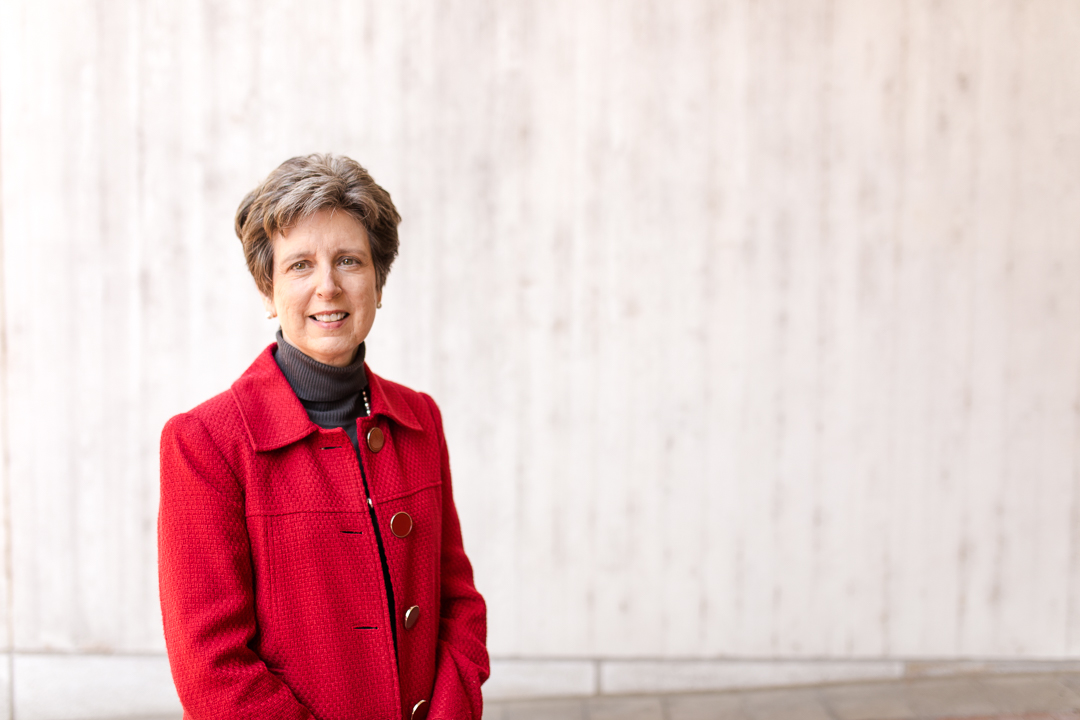 Ann Fulcher, M.D., chair of the Department of Radiology, was one of two radiologists nationwide to receive this year’s Gold Medal Award from the Society of Abdominal Radiology. It is one of many honors and accolades on her lengthy CV, and one of the most highly esteemed.

The award honors lifetime achievements of society members who have made lasting contributions to the field of abdominal radiology. In Fulcher’s case – her discoveries and accomplishments related to magnetic resonance cholangiopancreatography, or MRCP.

A non-invasive technique using magnetic resonance imaging to produce detailed images of the bile and pancreatic ducts, MRCP was new to the radiology field when Fulcher joined the faculty at VCU in 1995. Prior to its development, radiologists could only view the ducts through a scope with the injection of contrast material, an interventional procedure associated with potential complications.

Intrigued by the technique and its potential, Fulcher pushed to make it available for patients at VCU. Once the software was installed, she collaborated with Alvin Zfass, M.D., in the Division of Gastroenterology at the time, to utilize it in the care of a 90-year-old patient.

“It beautifully displayed the abnormality of her bile and pancreatic ducts and saved her the need to undergo the invasive study,” Fulcher said. “At that point, Dr. Zfass said this is the wave of the future for diagnostics.”

Alongside Zfass and her departmental colleague Mary Ann Turner, M.D., Fulcher embraced the technique, performing it across a broad range of patients, translating it into her clinical research and incorporating it into resident training.

“We were able to say that even though we didn’t develop the software, we here at VCU Health were one of the first radiology departments in the country to apply this new technology in the clinical arena,” Fulcher said. “I spoke repeatedly at the Society of Abdominal Radiology about this and, also importantly, at some non-radiology meetings.”

She said they had to convince peers to use the technology at first, but within less than 10 years, MRCP became the norm in the field of abdominal radiology. And according to the Society of Abdominal Radiology, that is a direct result of Fulcher’s dedication and persistence.

“I learned about MRCP from her,” said Desiree Morgan, M.D., an abdominal radiologist at the University of Alabama at Birmingham School of Medicine and immediate past president of the Society of Abdominal Radiology. “We are lucky to have her as a role model – this magnificent teacher of all of us. She really is somebody that we all aspire to be.”

Morgan described Fulcher as humble, genuine and kind, with a confident, yet calm demeanor that makes it easy to learn from her. She also noted that in the male-dominated field of radiology, where approximately 25% of practicing physicians are women, the next generation of female radiologists are lucky to have Fulcher as a role model.

For Fulcher, this award is an opportunity to put VCU on the map as an enterprise that embraces and propels innovation.

“I was very surprised to receive this award, and I’m honored and humbled. I’m also very happy that I can represent VCU and VCU Health on the national level,” she said. “I value this honor for myself, but I also can see the power that it can have for the larger community.”

“This prestigious – and well-deserved – recognition is a testament to the lasting contributions Dr. Fulcher has made to the field of abdominal radiology,” Buckley said. “But it also is a reflection of the dedication, fortitude and pioneering spirit she has displayed throughout her career. We are so grateful for Dr. Fulcher’s tireless leadership as a clinician, researcher and mentor, and are so proud to have her accomplishments honored at a national level.”