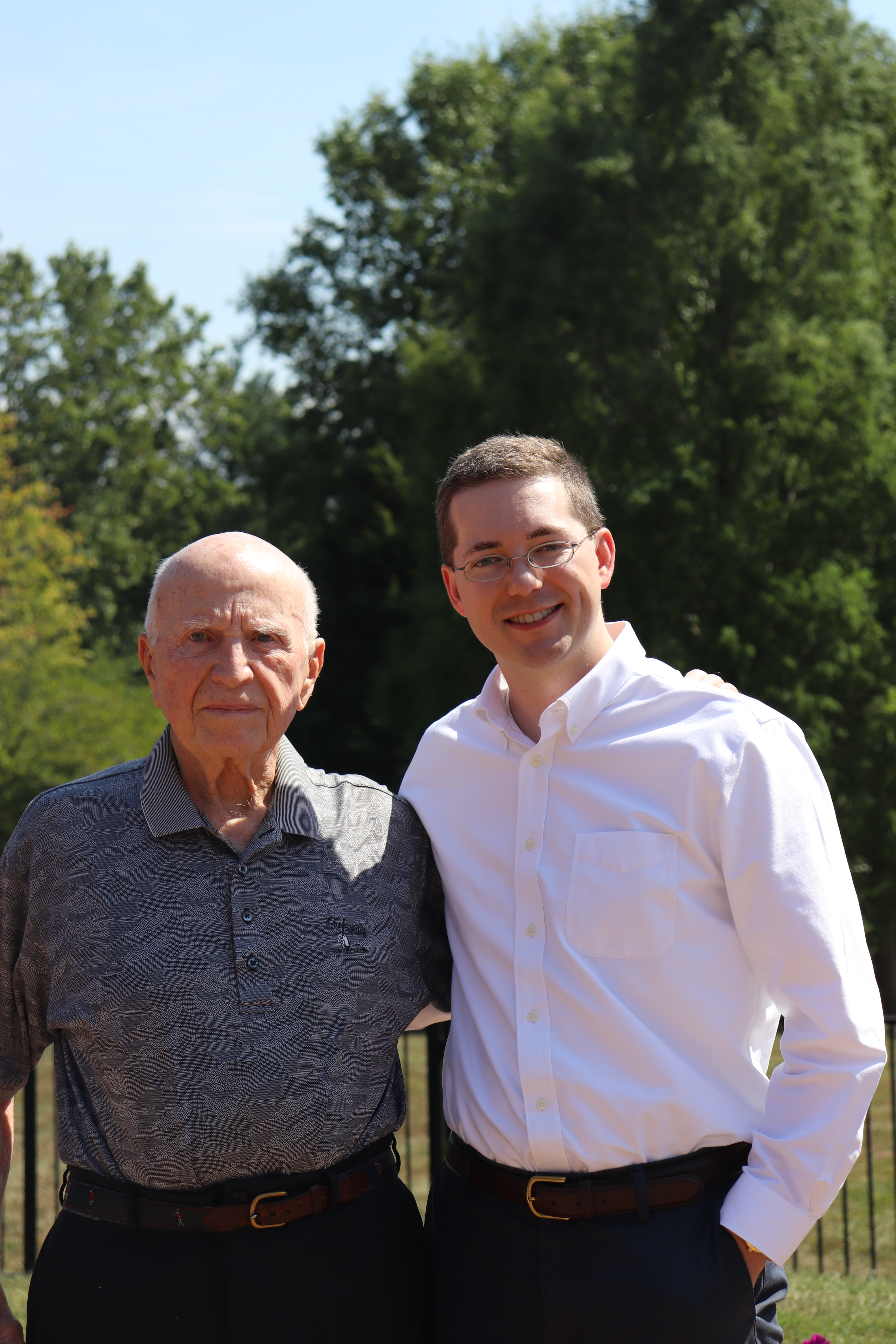 Henry Belcher, M’52, and Benjamin Fox, M’12, have remained in touch after Fox graduated from the School of Medicine with the help of Belcher’s scholarship. Belcher’s generosity inspired Fox and his wife to pay it forward and establish a scholarship of their own in 2018 to help future family medicine physicians.

Years after Henry Belcher, M.D., graduated from MCV in 1952, he began to learn about the incredible debt many students in health care were beginning to face each year upon graduation.

At the same time, he was learning about a growing need for doctors and nurses across the country.

Contemplating how their circumstances had changed, in 1993 Belcher and his late wife Margaret, a 1952 MCV School of Nursing graduate, decided they were in a position to make an impact. The couple established the H. Vaughan and Margaret D. Belcher Scholarships to provide a portion of tuition and fees for students at the VCU Schools of Medicine and Nursing. Later, Belcher honored his parents by establishing the Job O. and Harriet Belcher Scholarship at the VCU School of Dentistry, where his father was an alumnus.

Dozens of students across the MCV Campus have benefited from the reduced debt and burgeoning careers that these scholarships enable, and in 2018, one recipient decided to say thank you by paying it forward.

Benjamin Fox, M.D., who graduated from the School of Medicine in 2012 after receiving the Belcher Scholarship, found himself in a position to establish a fund of his own to help medical students. His wife Lauren’s mother and father had been helping him with the expenses not covered by his scholarship, and as he paid them back, they suggested he think about helping the next generation. Fox and Lauren, along with Lauren’s parents, decided to commit funds to create the Jones Fox Scholarship in Family Medicine.

“I wanted to give back for all the people who helped me over the years, and my family and I have always been thankful for scholarships,” Fox says. “If you are fortunate enough to receive scholarships in school and then you have the means to do the same for another learner, there’s no better feeling.”

This story first appeared in the 2019 MCV Foundation endowment report.