Class of 2021: Humanity and Humility are Behind Julie Russo’s Success

In the face of her own personal tragedy and grief, the graduating Master of Public Health student focused on providing support to family, friends and loved ones of human trafficking survivors.

Although Julie Russo had always envisioned a career in health sciences, it wasn’t until a job opportunity with a teen pregnancy prevention program during her senior year at James Madison University that she found her niche — public health. The program’s curriculum addressed social determinants of health for vulnerable youth, and Russo said it was easy to see herself in the high school students she interacted with.

“I would have really benefitted from having a trusted person in that field to talk to or just access to those resources,” she said, reflecting on the sex education she received in her rural Virginia high school. “I grew up in an area where these topics are not really talked about, and it’s very nerve-wracking to feel like you want to know answers to things, but you don’t know how to ask.”

That pivotal experience led Russo to the VCU School of Medicine’s Master of Public Health program, which she chose in part because of its commitment to addressing health disparities.

Early in her time at VCU, Russo crossed paths with Fay Chelmow, founder and president of ImPACT Virginia, a Richmond-based nonprofit that aims to prevent human trafficking. Driven by curiosity and compassion, Russo approached Chelmow after a networking event and asked how she could help.

“Julie knows how to listen,” said Chelmow, who collaborates with students and faculty across multiple VCU schools to expand the reach of her organization. “She listened to what my nonprofit’s needs were, and she was able to meet those needs. Now we have this finished product that I can’t wait to share.”

The finished product, and Russo’s M.P.H. capstone project, is a facilitator’s manual for a support group of family, friends and loved ones of human trafficking survivors, complete with modules for group sessions, implementation tips and other resources. According to Chelmow, there were previously no programs available to help families affected by human trafficking navigate the system, and the materials Russo compiled align with a growing effort among medical and human services to focus on the entire family, not just the survivor, in healing from trauma.

Russo said listening to Chelmow speak passionately about addressing human trafficking as a public health issue expanded what she understands as the scope of sexual health and wellness education.

“When we’re talking about sex education, that’s where some of the human trafficking curriculum comes in as well,” Russo said. “It’s prevention-focused, and it can be as basic as just providing information about what trafficking is in schools, in communities or for parents.”

Chelmow, whose background is in nursing, described Russo as “one of the kindest, smartest, most unpretentious” students she’s met, and she has been awed by Russo’s ability to ask the right questions and translate the answers.

“There can be a lot of harmful power dynamics within academia, and the thing I've loved about my mentors at VCU is they don’t just see me as their mentee or their student; they see me as a professional and as a human being. I’d like to bring some of that humanity into my practice as a professor and within research as well.”
Julie Russo 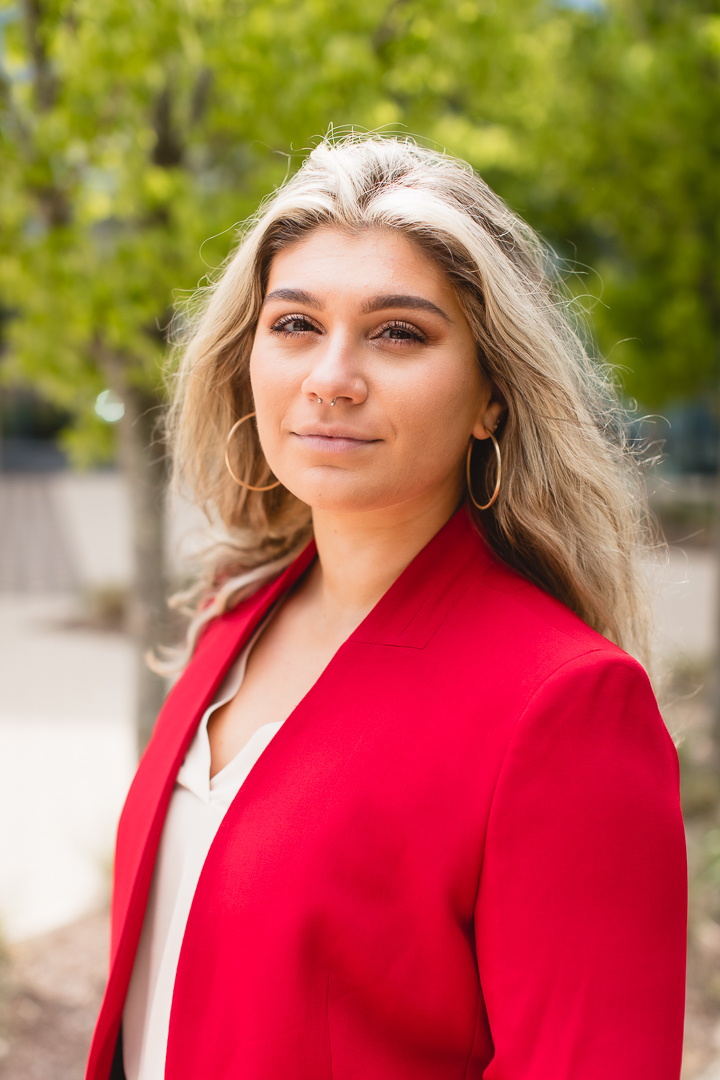 Kellie Carlyle, Ph.D., M.P.H., an associate professor in the Department of Health Behavior and Policy and Russo’s faculty advisor in the M.P.H. program, is “convinced that there isn’t anything she can’t do.”

“Julie is the student that you hope to have,” said Carlyle, who’s been teaching at VCU for about 10 years. “She was asked to make a support group happen, and she did it. She didn't have a background in any of this, but she just jumped right in and did it.”

In addition to the inquisitiveness and self-motivation that’s driven Russo's success as a student, Carlyle said her mentee possesses a quality that’s critical in public health: cultural humility.

“She has the ability to put people at ease,” Carlyle said, noting that Russo’s work with ImPACT Virginia involved conducting difficult, sensitive interviews with human trafficking survivors and their families. “One of the things that we always struggle with in the research community is building those bridges and gaining the trust of the people we want to work with. That’s something she’s really good at.”

When connecting with communities and individuals through her work, Russo strives to keep other people’s humanity at the forefront, especially as she continues conducting research and works toward becoming a professor.

“There can be a lot of harmful power dynamics within academia, and the thing I've loved about my mentors at VCU is they don’t just see me as their mentee or their student; they see me as a professional and as a human being,” said Russo. “I’d like to bring some of that humanity into my practice as a professor and within research as well.”

Personal tragedy has also shaped Russo’s understanding of a person’s humanity and the role it plays in her work. Last summer she unexpectedly lost her father — the goofiest, wisest man she knew, whose sense of humor and work ethic she carries as pieces of herself.

“I’ve always thought about the concept of trauma and grief through an academic lens, and it’s been interesting to have to look at it academically, then turn my computer off at night and shift to a personal lens,” she said. “I think in the long run, it’s going to help me become a better public health professional and a better professor. I want to connect with other people’s humanity, and this experience has made me more human.”

Navigating this loss on top of finishing her degree amidst the coronavirus pandemic has been an exercise in turning a fundamental question in public health, “What do you need?” on herself. With the support of a tight-knit group of peers led by Carlyle, Russo took the time and space she needed during the initial wave of grief before returning to her studies and finishing the two-year M.P.H. program on time. In doing so, she said, she learned a lot about setting boundaries and understanding her strengths.

“I’m not strong because I pulled myself up by the bootstraps and finished this degree, pushing through even though it hurts — I’m strong because I did what was best for me,” Russo said. “If I had said ‘I can’t do this’ and taken a break, I would have been just as strong because I would be listening to what I need.”

After graduation, which she plans to attend virtually, Russo looks forward to a restful summer of spending time with friends outdoors, playing electric guitar and, most importantly, going easy on herself before beginning the VCU School of Medicine’s social and behavioral science Ph.D. program.

“I’ll be keeping up with my practices of knowing where I have to draw boundaries, and just being kind to myself,” she said. “When I was younger and not as confident, it was a lot harder to draw those lines. But now, I can end the day knowing who I am and knowing that I did what I could.”