In 1983, she became the first female cardiothoracic fellow on the MCV Campus, training under transplant pioneer Richard Lower, M.D. Twenty-five years later, severe joint deterioration caused her to leave her first passion of transplant surgery and find a new way to serve patients. She found a home in hospice and palliative medicine, a field where she continues to practice today. 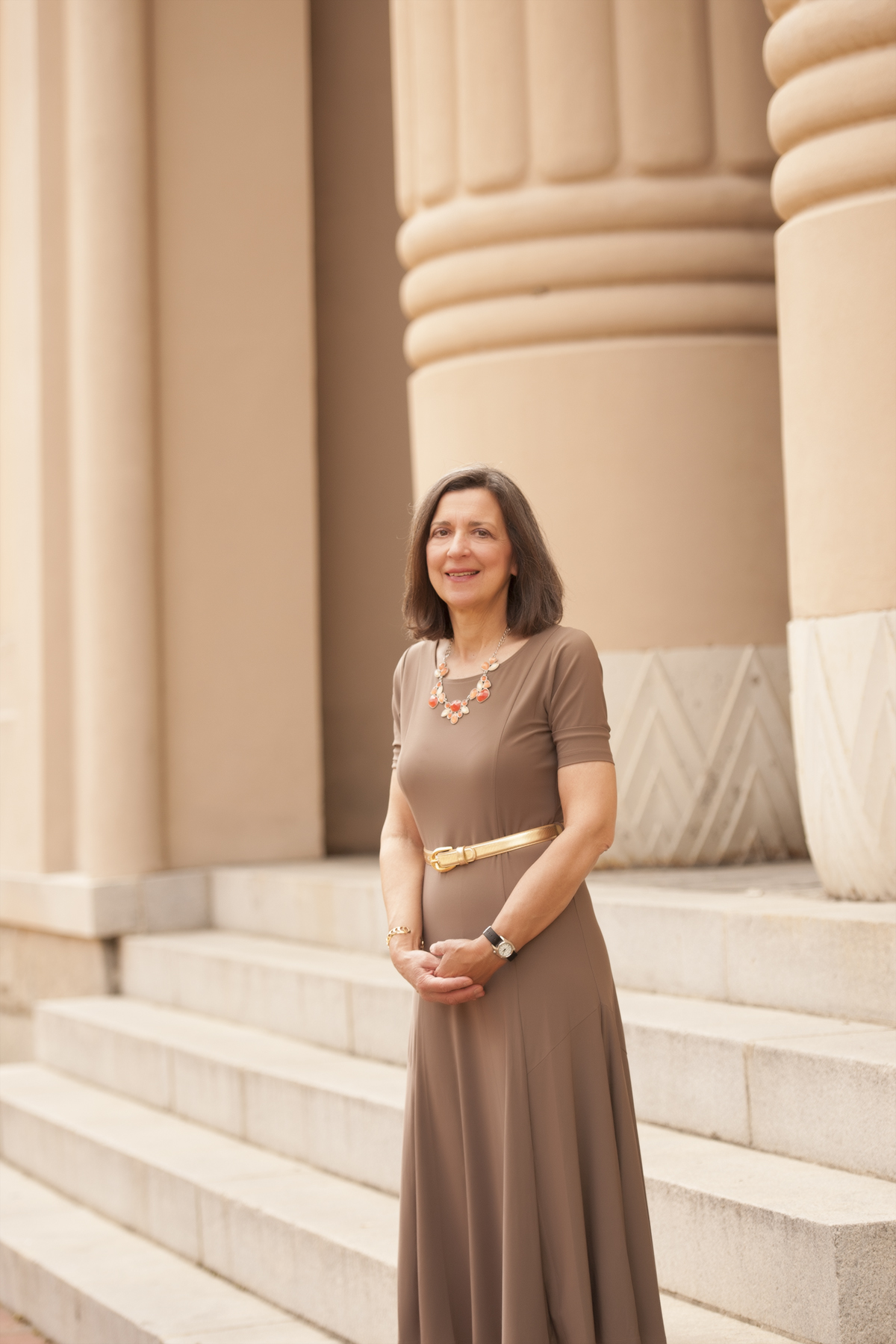 The two different, yet equally meaningful, arenas have given Sansonetti reason to appreciate the value of humanism as much as technical skill in a medical career. She shared her perspective at the 2019 Alpha Omega Alpha annual banquet and induction ceremony, where she served as this year's sole alumni inductee into the honor society.

"Nourish and tap your inner humanism," Sansonetti told the students, who represent the top 16 percent of the medical school's third- and fourth-year classes. "Not only does it benefit your patients, it just feels better."

It was transplant surgeon Lower, her mentor throughout medical school and fellowship, who introduced her to the importance of humanism.

"He was an expert mentor for much more than his abilities in the operating room," Sansonetti says of the surgeon she first met in high school during a summer research program. "It was his professionalism with colleagues and his humanism with patients. He taught me how to respond well when things go badly."

After a surgical residency at the University of California, San Diego, Sansonetti returned to the MCV Campus for a two-year fellowship followed by two years as an assistant professor of cardiac surgery. She discovered the West Coast culture had been significantly more socially progressive than Virginia, and was grateful for Lower's "gentle guidance" that brought along colleagues and patients who were catching up to the idea of a female transplant surgeon.

In 1987, Sansonetti was recruited to pioneer the first and only heart transplant program in New Mexico, coming on board as the only one of six surgeons in her practice with hands-on transplant experience. Because of her work, she was recognized in 1990 with the Trailblazer Award from the governor of New Mexico for opening doors to the future for the state's women.

When 25 years of surgical work caused the wrist and shoulder of her dominant arm to require reconstruction, Sansonetti found herself in search of a different career. Drawn to hospice and palliative medicine after serving in professional societies for transplant and organ allocation as well as on her local hospital ethics committee, she again entered new territory.

Ten years ago, while training for hospice and palliative medicine, Sansonetti says she discovered questions that translate to success across all fields of medicine. She challenged this year's AOA inductees to consider:

1. How well do we listen to patients and understand their goals?

2. How respectfully do we treat our colleagues and coordinate care for the patient?

3. Do we understand that words have power and use them appropriately?

The answers, she says, ultimately determine a physician's legacy.