As vice provost for innovation at the University of Miami, alumna Norma Sue Kenyon is perched between the lab and the clinic, helping academic researchers scale the precarious path from idea to market.

As vice provost for innovation at the University of Miami, alumna Norma Sue Kenyon is perched between the lab and the clinic, helping academic researchers scale the precarious path from idea to market.

Early on, Norma Sue Kenyon recognized her affinity for research. Her dad was a doctor, her mom a nurse: good models for a career path in clinical care. However, she says, “I was more interested in how things work.” 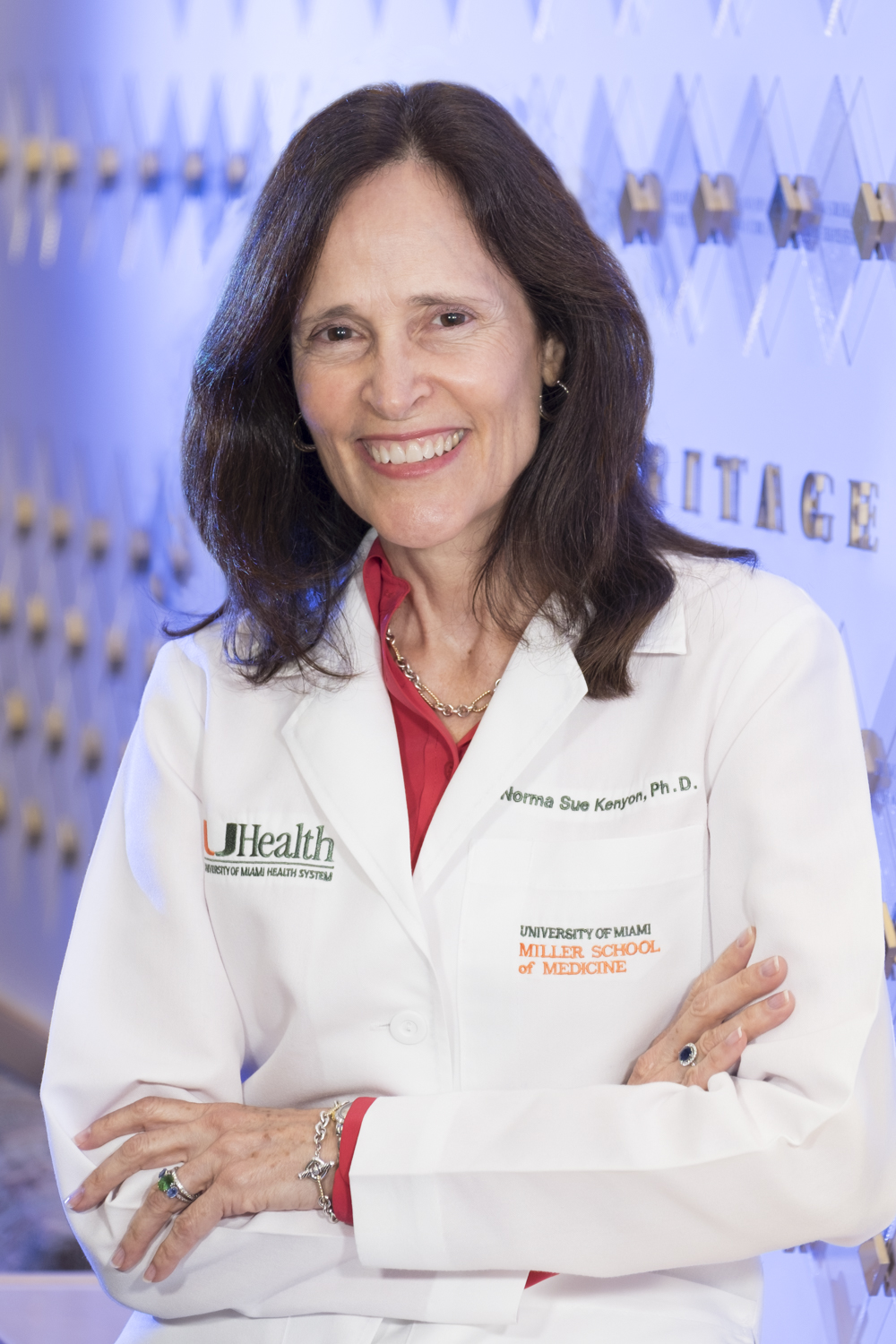 Norma Sue Kenyon, PhD’86 (MICR), has been chosen as one of VCU’s 2015 Alumni Stars; she’s the School of Medicine’s representative in the elite group.

Now, at the pinnacle of an impressive career, the former Ph.D. student from VCU’s Department of Microbiology and Immunology finds herself perched between the lab and the clinic. As chief innovation officer at the Leonard M. Miller School of Medicine and vice provost for innovation at the University of Miami, Kenyon helps academic researchers scale the precarious path from idea to marketable product or technology.

“Just because an idea is patentable doesn’t mean it’s going to be a therapy or product,” Kenyon says. “You can also develop a very good therapy that’s not patentable.”

Her own research portfolio includes the immunology of transplants and diabetes research. While on the MCV Campus, she explored the immunological differences between successful and failed organ transplants. After earning her doctorate in 1986, she headed to UCLA for her first postdoctoral fellowship. She studied T-lymphocytes — “my favorite cells” — but she missed the applied element. “It was a great academic environment, but it wasn’t translational,” she says.

And then she saw a job ad in the journal Science about research on islet cell transplantation and was intrigued. Islet cells are the insulin-producing cells of the pancreas that are dysfunctional in diabetes. The idea was to transplant just these cells, as opposed to the whole pancreas. Kenyon did a second postdoc at the Diabetes Research Institute in Miami and studied novel approaches to immunosuppression. “The immunosuppressive drugs we used — so that the tissue isn’t rejected — had adverse effects on the function of the islet cells,” she says. “It’s like we were shooting ourselves in the foot.”

When her second child was diagnosed with type 1 diabetes at the tender age of one, Kenyon doubled down on translatable diabetes research. Since then — and over the course of Kenyon’s career — islet cell transplants have improved along with new approaches to enhance the acceptance of the new tissue.

Kenyon maintains an active research program at the University of Miami, where she’s also professor of surgery, microbiology and immunology and holds the Martin Kleinman Chair in Diabetes Research. She is currently investigating mesenchymal stem cell infusion to support islet cell transplants. The stem cells produce a number of active factors that dampen immune responses and boost tissue regeneration.

Kenyon tackles her administrative duties with equal vigor. She recruited expert help and improved outreach efforts, turning Miami from a place that collected patents in a file drawer to one that helps faculty members navigate the tricky road to building a product or a business. Licensing agreements have climbed each year since Kenyon came on board in 2012.

Another of Kenyon’s many hats is executive director of the Wallace H. Coulter Center for Translational Research, which funds promising projects to boost them up the first steep step. “We award gap funding for scientists to do the killer experiment that will convince a venture capitalist or an angel investor,” she says. “If it’s a good startup, we provide an entrepreneur in residence to help write a business plan and get business funding.” There’s a lot to learn for budding entrepreneurs.

One person who is not surprised by Norma Sue Kenyon’s trajectory is Francis L. Macrina, Ph.D., VCU’s vice president for research and innovation. Macrina was chair of the Department of Microbiology and Immunology when Kenyon was a student.

“The kind of success that Norma displayed as a graduate student has continued in her career,” Macrina says. “She’s made significant scientific contributions and she’s got a growing role as a major senior administrator at Miami. She is one of the true stars and she reflects well on our university, the School of Medicine and the department.”

Macrina remembers conversations he and Kenyon had about the human side of research — appropriate mentor-trainee roles, ethical practices with animal subjects and who gets credit for what work. From those conversations, Macrina launched the Chairman’s Colloquium, a series of panel discussions on some topic of scientific integrity or skills, such as how to look for a postdoctoral fellowship.

The colloquium turned into a formal course in 1991 to meet NIH training grant requirements. And Macrina recently published the fourth edition of his best-selling book, Scientific Integrity: Text and Cases in Responsible Conduct of the Research.

“The seminal catalytic event for all these things,” Macrina says, of the colloquium and the course and the book, “was Norma, a student.”