On call: When Lew Stringer, M’66, responds, he brings a hospital with him

When a disaster strikes, the medical community leaps into action. Hospitals brace for an influx of patients, emergency medical teams seek out those who may be injured and doctors provide care to their community.

When a disaster strikes, the medical community leaps into action. Hospitals brace for an influx of patients, emergency medical teams seek out those who may be injured and doctors provide care to their community. But what happens when a tornado, earthquake or hurricane destroys a community’s hospital and prevents people from getting the care they need?

Stringer is the project manager for the National Mobile Disaster Hospital, designed to deploy anywhere in the country when disaster strikes. The mobile hospital contains all the familiar elements of a normal hospital, such as an X-ray unit, blood banks and pharmacy. This one, however, can be loaded on tractor-trailers, sent to a disaster area and begin receiving patients within days. 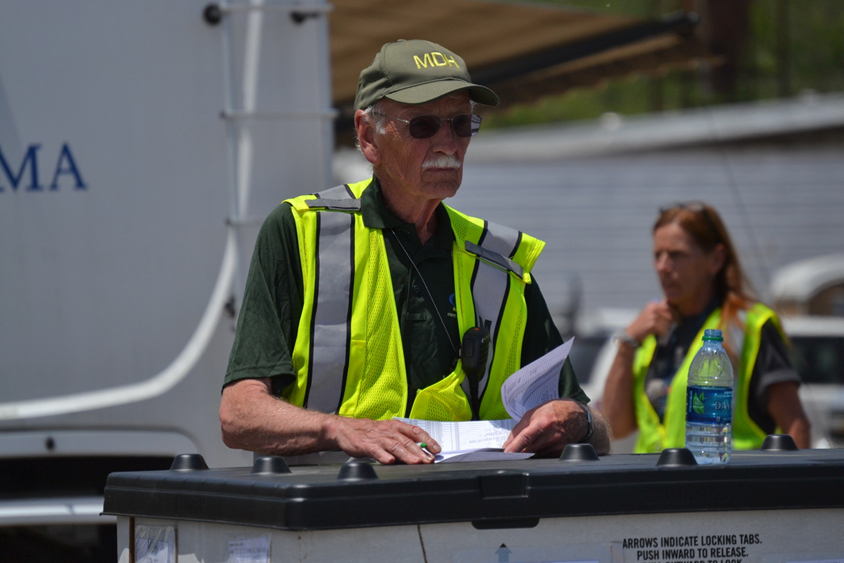 Since the 1990s, Llewellyn Stringer, M’66, has held leadership roles in countless emergency preparedness
and response situations. Today he is project manager for the National Mobile Disaster Hospital, designed to deploy anywhere in the country when disaster strikes.

The mobile hospital project was conceived in 2005 after Hurricane Katrina hit New Orleans and left many without access to medical services. FEMA decided it needed to find a way to respond to such disasters, when local hospitals are either damaged or overwhelmed by the number of patients.

Stringer was an obvious choice to lead the project. Since the 1990s he’s held leadership roles in countless emergency preparedness and response situations. For 10 years he served as commander of the National Medical Response Team and was the senior medical advisor to FEMA under the Department of Homeland Security.

He helped develop medical response training after 9/11, testified before Congress about preparing for attacks with weapons of mass destruction and managed response teams for U.N. General Assembly meetings and several State of the Union addresses. All while responding to nearly every natural disaster in the country.

Coupled with these experiences is a reputation for getting a job done regardless of the circumstances. “Lew is a no-nonsense, get-the-job-done type of guy.

There’s no place Lew wouldn’t go if needed,” says Gary Sirmons, a regional coordinator for the Department of Health and Human Services who worked frequently with Stringer throughout his career. He helped Stringer research and develop the mobile hospital idea.

“I’ve seen him sleeping on a concrete floor in a tornado bunker in Missouri, working endless hours during hurricanes in Florida. He never asks his team to do something he wouldn’t do himself. He is a strong force and is considered one of the best responders out there. The national responsibilities he has held through his career are evidence of the reputation he has in our field.”

Also well-known is Stringer’s big personality and a sometimes colorful vocabulary. Stringer owned a cattle farm for many years near Winston-Salem, North Carolina, a fact that, according to another longtime colleague Joe Brennan, reflects both his rural charm and straight-shooting style. “I remember asking Lew to tone it down before one meeting and afterwards I had people wondering if he was feeling OK because he wasn’t speaking with his usual candor. He has calmed down since those days though.”

Stringer retired from FEMA in 2006, but soon was back to work at the North Carolina Office of Emergency Medical Services. In 2008, FEMA moved the mobile hospital from Fort Detrick in Maryland to North Carolina, and Stringer took charge again.

The hospital is made up of large tents and mobile hard structures. It features a 21-bed emergency department, 10-bed critical care unit, two operating rooms, full digital X-rays, a small lab, blood bank, a pharmacy and a central medical supply with enough stores for 72 hours of operation, a morgue and an administrative and command control unit. Stringer also recently added two five-bed emergency departments that he can deploy to small rural hospitals that don’t require all of the resources of the 21-bed set up.

“We can perform just about anything other than open heart surgery,” says Stringer.

Flexibility is key for Stringer and his team. Their home base in central North Carolina allows them to quickly respond to tornadoes in the Midwest and hurricanes on the East Coast or in the Gulf. 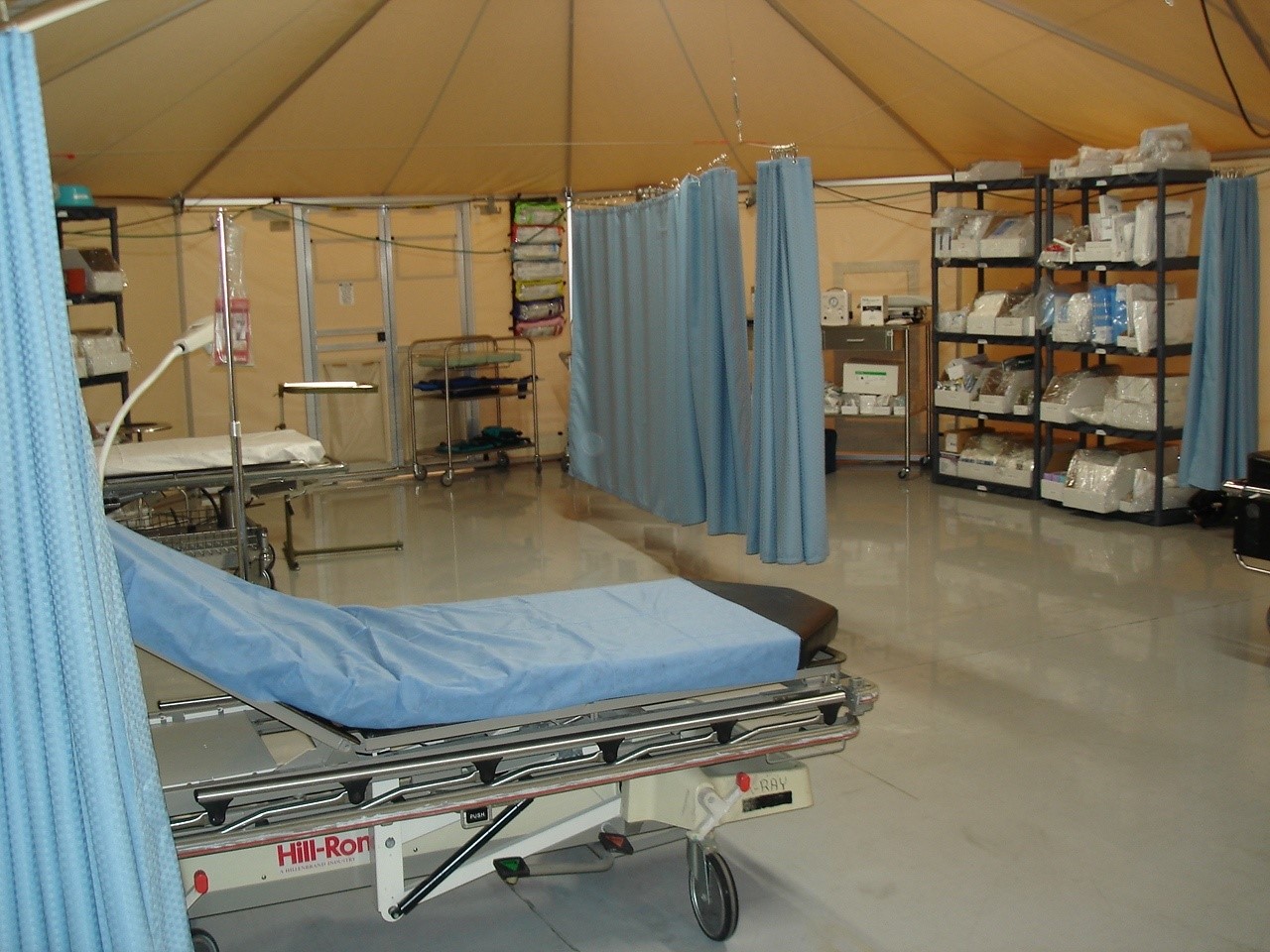 “The goal is to deploy within 24 hours of receiving an assignment, bring all units, except the ICU, online within 48 hours after arrival on site and have the ICU operational within 72 hours.”

Collaboration is another central part of the project. Created by FEMA, it is owned and maintained by North Carolina’s EMS with grant funding from the U.S. Department of Health and Human Services. Much of the grunt work of unloading and setting up the hospital is done by volunteers from the N.C. Baptist Men’s Disaster Relief organization, who travel with the hospital when it’s deployed.

The volunteers include plumbers, electricians, carpenters and other tradesmen ready to solve any problem that might slow down the hospital’s deployment. Stringer has even partnered with a local North Carolina hospital to make sure he can maintain a stockpile of medical materials that are ready at a moment’s notice.

Stringer and his team got their first taste of action in 2014 when the hospital deployed to Louisville, Mississippi. The town and its local hospital were badly damaged by tornadoes and in need of help. Within days of being deployed the hospital was able to offer basic services and soon after was able to accept a wide range of patients.

Officials plan to have a temporary hospital open in some capacity until 2018 when construction of a new hospital in Louisville is complete. “Quick response time is obviously an important part of our mission, but maintaining a presence in the affected communities can be equally important. One of the major obstacles to New Orleans’ recovery after Katrina was that many of the health care workers had left town. There weren’t hospitals for them to work in.

“In Louisville we’ve managed to keep 100 of the 140 hospital employees. These people have relationships with their patients and it’s important that they stay in this community to continue providing care.”

The deployment in Louisville also provided an important opportunity to see what worked and what needed to be improved. Nurses told him that showers need to be wheelchair accessible and that they prefer simpler, single-channel IV pumps. Patients requested more private rooms. Doctors asked for improved access to electronic medical records.

Perhaps the biggest problem is one you wouldn’t expect. “Truckers. We have all the equipment loaded and ready to go, but it’s hard to find drivers and rigs to haul 23 trailers across the country at the drop of a hat. That hurt our response time.”

Despite the problems he encountered, says Stringer, the first deployment was a success. “I was the senior medical officer for many natural disasters in the country for 10 years, and I can honestly say that the collaboration and sense of community I witnessed on this project was the best I’ve ever seen.”