The Byrds have landed

Natives of Virginia Beach, Jennifer and Will are graduates of Norfolk Academy and Princeton University. They followed in the footsteps of their father and mother, Allison D. Byrd, M’78, onto the MCV Campus to earn their medical degrees from VCU School of Medicine.

Choosing careers in orthopaedic surgery came naturally to both Jennifer and Will. They grew up being exposed to orthopaedic surgery by their dad, an orthopaedic spine surgeon who would take them by the office and hospital to meet patients whose lives had been drastically improved by orthopaedic surgery. When asked what it feels like to have two of his children join AOS – where he has practiced for more than 30 years, since 1987 – Abbott says, “It’s exciting. I’m proud of both of them. They’re going to have a great future.” 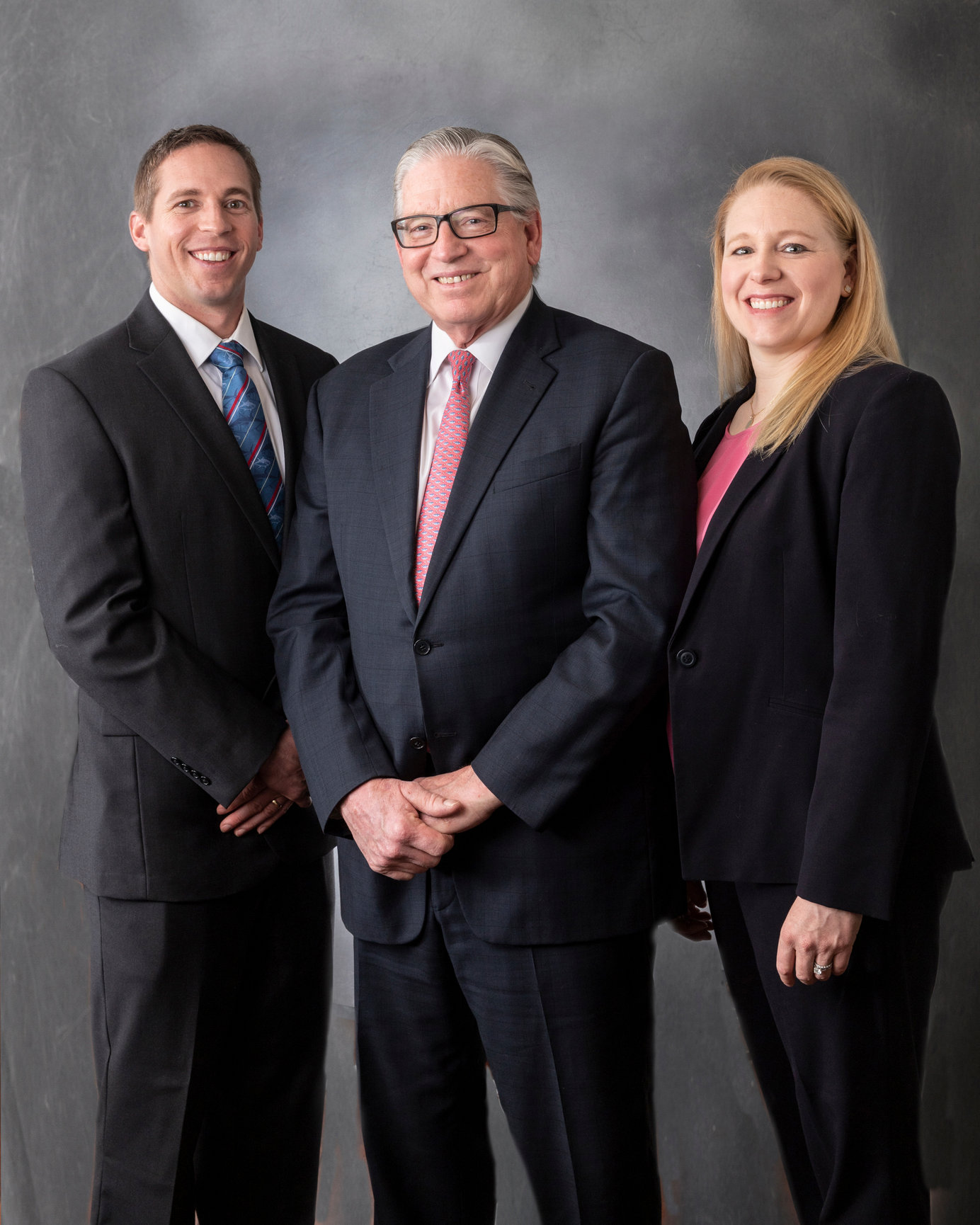 J. Abbott Byrd III, M’78 (center), who has practiced with Atlantic Orthopaedic Specialists for more than 30 years, has now been joined in practice by his children William A. Byrd, M’13 (on left), and Jennifer M. Byrd, M’13.

Orthopaedic sports medicine surgery was a clear choice for Jennifer. She was named the Virginian-Pilot Female Athlete of the Year while competing in track and field, soccer, and field hockey her senior year at Norfolk Academy. While earning her undergraduate degree in economics, she was captain of the Princeton Women’s track and field team, competed in the heptathlon, and set the Princeton University indoor long jump school record – a record that is still standing.

“It is great to finally be home again and working in the sports community that did so much to develop me into who I am today. I am excited to help athletes of all ages get back to their sports and activities.” She also is proud to continue the legacy her father has built. “I’m looking forward to continuing to provide excellent orthopaedic care for our community as I have seen my father do.”

Will earned an undergraduate degree in ecology and evolutionary biology from Princeton University where he also served as captain of the Princeton Men’s track and field team and competed in the decathlon.

Will completed his orthopaedic surgery residency at Duke University in Durham, North Carolina, and went on to complete a fellowship in adult reconstruction at The Southern Joint Replacement Institute in Nashville, Tennessee. While there, he gained extensive experience with both primary and revision total joint replacements of the hip, knee and shoulder.

“I like being able to help someone whose joints are causing pain and limiting their activities get back to doing the things they love,” he says. “I want to give back to this community. It’s where I grew up.”

In addition to their parents’ connection to the MCV Campus, Will and Jennifer’s grandparents are also alumni. John Byrd Jr. earned his medical degree in 1947, and his wife, Louauna Byrd, graduated from the School of Nursing in 1948. Both live in Virginia Beach.

“The Byrd family has a remarkable legacy of service in the medical field,” says Stephen L. Kates, M.D., who holds the John Cardea Chair in the Department of Orthopaedic Surgery at the VCU School of Medicine. “We are proud of the family’s ties to our medical school and pleased to see Jennifer and Will now practicing alongside their father and caring for their hometown community.”