As president of WVSOM, James Nemitz, Ph.D., leads top-ranked school in the nation for placing physicians in rural practices 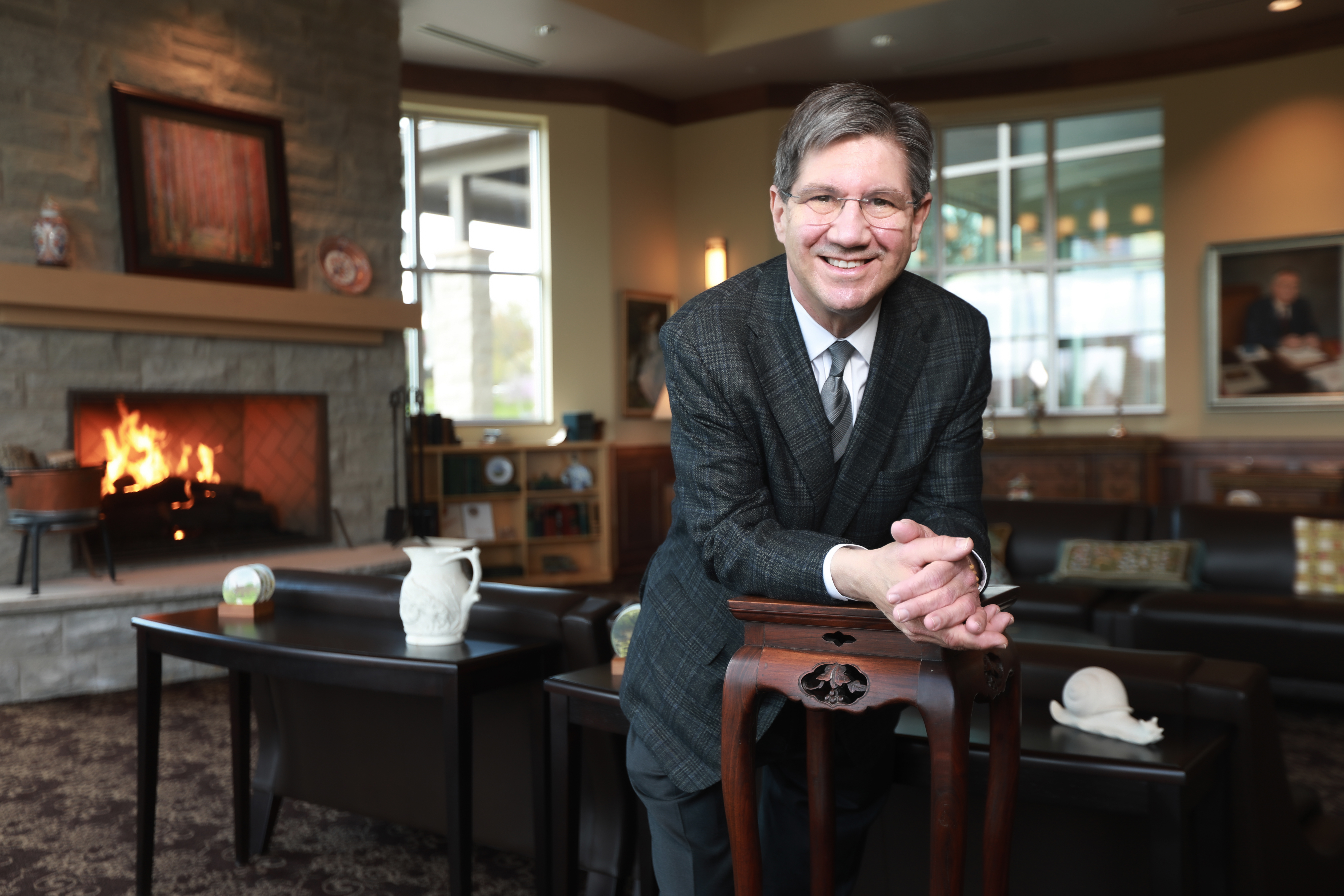 James Nemitz, PhD’80 (ANAT), serves as president of West Virginia School of Osteopathic Medicine, the top-ranked school in the nation for placing physicians in rural practices.

As an undergraduate at Randolph-Macon College, just north of Richmond, James Nemitz, PhD’80 (ANAT), made two discoveries that would set the course for his life. He realized a passion for teaching and anatomy, and he met his future wife, Patty McClung.

Two weeks after Nemitz graduated in spring 1976, they were married. That fall, Nemitz enrolled in the anatomy doctoral program in the VCU School of Medicine while his wife studied in the School of Dentistry. Nemitz then went on to a post-doc position in the surgery department at Yale University.

That’s when Patty was diagnosed with multiple sclerosis.

Patty’s father had already encouraged the couple to move to her hometown of Lewisburg, West Virginia. Her diagnosis accelerated that decision.

“I took the biggest leap of faith in my life,” Nemitz says. “I walked away from my career, out of love for my wife, not knowing what the future would hold. I listened to my father-in-law when he said, ‘This will be the best place to take care of Patty. This will be a great place to raise your daughter. And eventually, you’ll fall in love with the place.’”

After moving to Lewisburg, Nemitz initially worked for his father-in-law, who was a beloved family medicine physician. The work — as well as his wife’s treatment — offered a behind-the-scenes look at the challenges of practicing medicine in a rural, remote area.

Lewisburg — a town of nearly 4,000 people — is also home to the West Virginia School of Osteopathic Medicine. Nemitz expressed interest if a teaching position ever became available; two years later, the president called with an offer of a nine-month, temporary contract with no guarantee of renewal.

Professor Science
In addition to teaching physicians who serve their communities, WVSOM is committed to helping West Virginians get and stay healthy. The school offers a variety of programs aimed at addressing chronic illness through lifestyle changes, as well as addressing the COVID-19 pandemic and the opioid crisis.

One of these efforts is a children’s TV show, “Abracadabra,” developed by Nemitz’s predecessor, Michael Adelman, in partnership with West Virginia PBS. The show, aimed at children ages 3 to 8, focuses on nutrition, exercise and making good decisions. Nemitz played the character Professor Science and shared simple science experiments that kids could try at home with their parents.

“The concept was, kids can teach their parents how to correct bad behaviors,” Nemitz says. “We’ve collected some anecdotal evidence of kids telling their parents, ‘I want to try different vegetables,’ and things like that. They were more open because they saw it on television, and they started identifying with the characters.”

The show eventually reached 11 states and millions of viewers. One episode — which looks at the history of electricity, the lightbulb, and the telephone — received a regional Emmy Award.

Again, Nemitz turned to his father-in-law for advice: “He said, ‘If you don’t take, you’ll regret it for the rest of your life.’

“It was my destiny,” Nemitz adds. “I ended up getting the best job I’ve ever had, working in the best place I’ve ever lived.”

In the 35 years that followed, Nemitz became the course director for anatomy, the director of the Office of Rural Recruitment and Retention, the associate dean for preclinical education, and the vice president for administration and external relations. In July 2018, following a national search, Nemitz was named the seventh president of WVSOM.

WVSOM was founded nearly 50 years ago to address the need for physicians in rural West Virginia. Today, it’s the top-ranked school in the nation for placing physicians in rural practices. Nemitz says the school’s success is largely due to its location in a small town, where many of the students’ mentors are primary care physicians, pediatricians, OB-GYNs and family practice doctors.

WVSOM also offers the lowest tuition in West Virginia in an effort to limit debt that might be difficult to pay off through a primary care practice.

Encouraging physicians to practice in rural areas often means early exposure to the challenges — such as isolation, fewer resources, and limited access to specialists — so that they’re comfortable navigating barriers to care.

Nemitz often draws on his own experiences when speaking to students. He tells the story of caring for his wife until her death, using it as a case study of the challenges of accessing complicated medical care in remote regions.

“I think it’s important, even as president of the school, to stay connected to students,” he says. “The way you do that is you share your knowledge and try to inspire them.”