Boots on the Ground

VCU School of Medicine faculty, staff and students are making a difference through military-based partnerships.

May is National Military Appreciation Month. As designated by Congress in 1999, the 31 days contain holidays such as VE Day, which marked the end of World War II in Europe; Military Spouse Appreciation Day; Armed Forces Day and Memorial Day, honoring those who died while serving in the U.S. military.

This month and all year round, VCU School of Medicine is proud to support veterans and active-duty service members across all three of its core tenets: education, research and patient care.

Education: From Student to Service Member

For Wendy Clay, M’21, the inclination to take care of others is a family trait. As a teenager she watched her mother care for her declining grandmother, an experience that sparked a desire to provide both medical care and emotional support for those in need.

“The process of caring for her and hearing about her experiences with physicians really prompted me to be the kind of person who would not only provide excellent care for people like my grandmother but also encourage them to feel comfortable in that process,” Clay said.

She describes her mom and dad as “the type of parents who, if I needed anything, would have stepped up to provide it, regardless of whether or not it put a strain on them.” So, when Clay learned about the Health Professions Scholarship Program, which covers the cost of tuition, fees and a monthly living stipend for medical students who commit to serving in the military for a period after residency, she contacted a recruiter to begin the application process.

“I had this concern that I wouldn’t be in control of which specialty I wanted, and it would be based on what the branch needed. But if you are considering the Health Professions Scholarship Program, I would encourage you to look at each branch and what residencies they offer,” Clay said. “Because as long as it is offered, there are no limitations on you, and you’ll get to where you want to be.”

Following her graduation this month from the VCU School of Medicine, Clay is preparing for a psychiatry residency at Wright-Patterson Air Force Base in Ohio. Her plan is to continue her training with a fellowship in child and adolescent psychiatry, followed by at least four years of service in the Air Force.

“It really appeals to me, being able to care for the children of service members and provide that support, especially during times of deployment and the changes that occur among families in moving from base to base,” Clay said. “Another aspect of becoming a physician in the military is that no matter which branch you choose, you will have some changes, and life is definitely not going to get monotonous.”

Research: Improving the Lives of Veterans 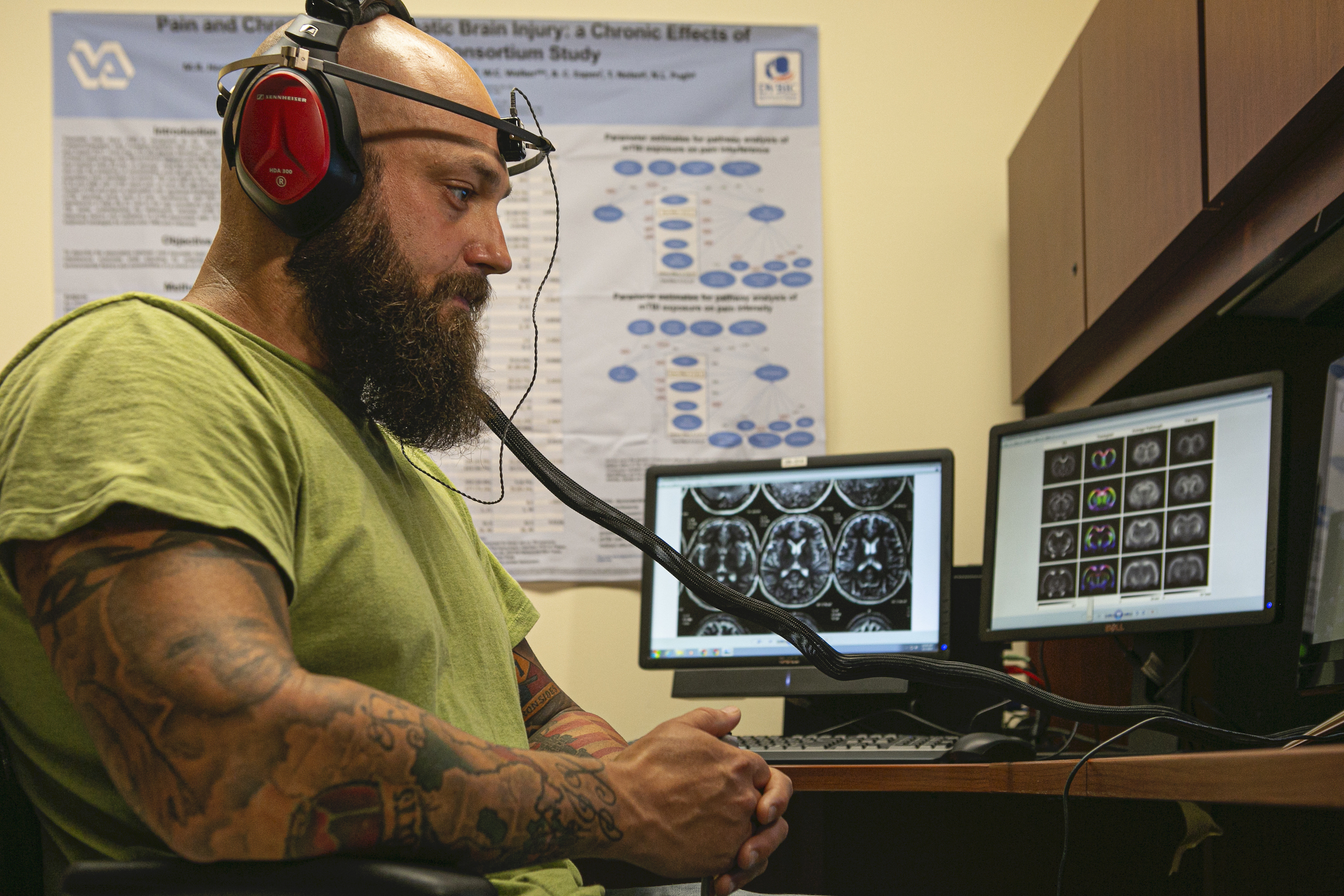 Joe Montanari, who has experienced balance issues, sleep troubles and severe migraines since sustaining two mild brain injuries during active duty in the Army and National Guard, is one of thousands of veteran participants in a longitudinal study led by David Cifu, M.D., chair of the Department of Physical Medicine and Rehabilitation.

Funded by the Department of Veterans Affairs and Department of Defense, the Long-term Impact of Military Relevant Brain Injury Consortium, or LIMBIC, is investigating the ongoing health impacts of combat concussions. Researchers from this national consortium of universities, hospitals and clinics have already discovered correlations between traumatic brain injuries and dementia, Parkinson’s disease, chronic pain, opioid usage and suicide risk.

In recognition of his pioneering research, Cifu is this year’s recipient of the Paul B. Magnuson Award, the highest honor from the Veterans Affairs Rehabilitation Research and Development Service.

Montanari, who is also a research assistant in the Department of Physical Medicine and Rehabilitation, said working alongside Cifu and other researchers has helped keep him grounded and connected with fellow veterans. Montanari’s main objective is to retain as many participants in the study as possible so the consortium can continue collecting data that will improve prevention and treatment of traumatic brain injuries and related conditions.

"I’ve already been through it, so I want to do anything I can that could help other people that are still in service receive better treatments and precautionary measures,” Montanari said.

Patient Care: Training for the Trenches

Notorious for being a fast-paced, unpredictable environment with high-acuity patients, the emergency department at the VCU Medical Center is a fitting place for Navy SEALs and medics, known as hospital corpsmen, to train.

For the past two years, the Department of Emergency Medicine, in collaboration with other departments, has hosted sailors from Naval Station Norfolk for intensive medical training prior to deployment. According to Michael Vitto, D.O., an associate professor in the department who helps oversee the program, trainees arrive at VCU with basic medical knowledge, and for two weeks they work alongside VCU providers to gain experience in resuscitation, critical care, trauma, burn care, anesthesia and surgical procedures. Emergency physicians and nurses include the trainees on clinical teams, and department faculty guide them through simulation, procedural training and education in subspecialized areas such as clinical ultrasound.

“The goal is to strengthen their skills with additional experiences that they may encounter while on a mission,” Vitto said. “They are able to participate in the care of critically ill patients prior to being deployed, and once deployed they will manage similar patients on their own.”

While he is proud to have a role in a program that supports service members, Vitto said the opportunity is mutually beneficial.

“Our team learns from them. We learn about the environment they work in, and how they treat a patient in a resource-limited setting,” he said. “The focus is on teamwork, situational awareness, communication and leadership. These skills apply to any medical team, whether you’re at VCU or on a Navy SEAL mission.”