"It is always humbling to realize that your educational institution cares to make a difference in terms of easing the financial burden on students," says the White Plains, New York, native. "It will always be something for which I will be exceedingly thankful."

Just 17 months after receiving the scholarship, Grandhi experienced a tragic personal event that ultimately moved him to establish a scholarship to benefit others. 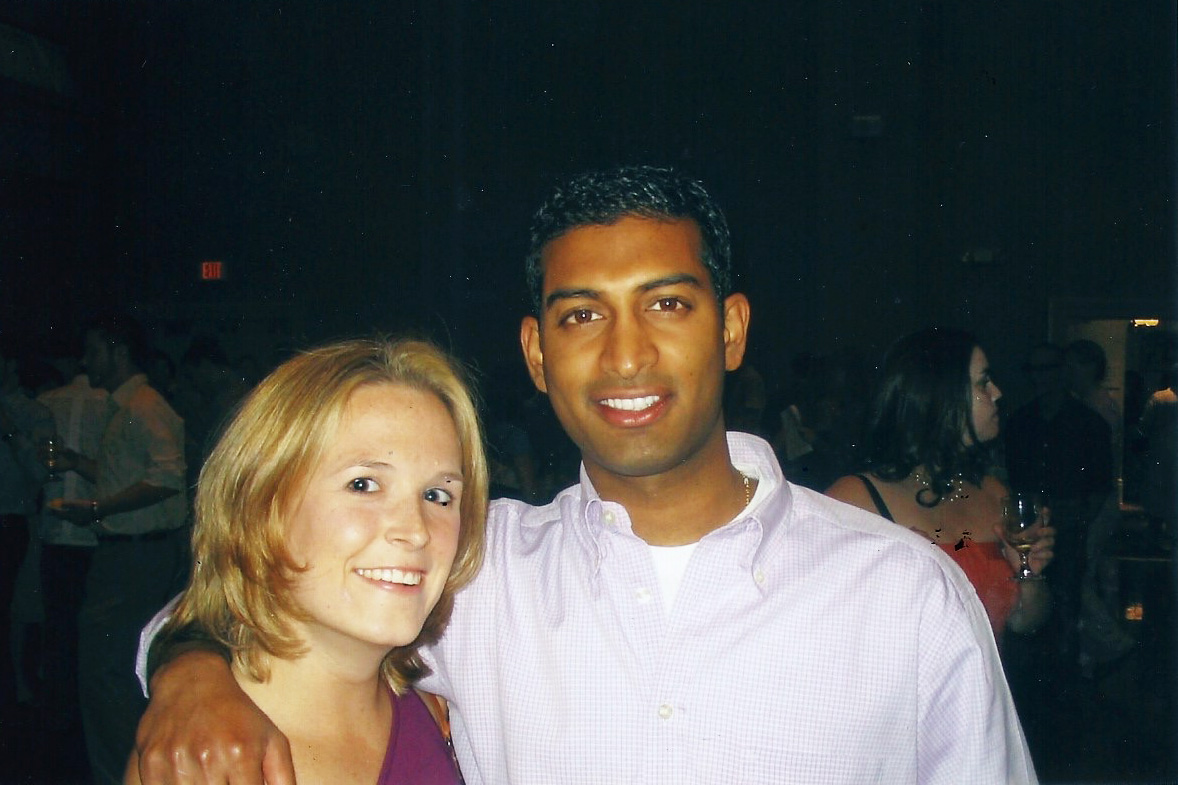 Grandhi and Munson had met in Washington, D.C., while he was pursuing a master's degree at Georgetown University. They reconnected at VCU and became close friends in their medical school social circle in Richmond, Virginia. "No one had a bad thing to say about her," Grandhi says. "She was just a delightful person, quirky and funny."

Grandhi's friend was never far from his thoughts throughout his eight years of training. He wanted to memorialize her in some way, but lacked the time and financial resources. But in 2015, Grandhi began to rally his medical school classmates around the idea of establishing the School of Medicine Class of 2007 Suzanne F. Munson M.D. Memorial Scholarship in Munson's memory. Grandhi made a $10,000 gift and solicited his classmates via Facebook, letters and emails. He enlisted the help of Andrew Bogle, M'07, an orthopaedic surgeon in Richmond, Virginia, and his Class of 2007 Reunion co-chair, in hopes of funding the scholarship by the class's 10-year reunion.

Bogle, too, had received scholarship support in medical school. He was an enthusiastic fundraiser and donor. "I understand the gratitude these gifts can provide," Bogle says. "I am proud that future students will be able to reflect on their gratitude in light of Suz's memory."

Gifts poured in from friends from her medical school, undergraduate and high school days. Munson's parents were overwhelmed. Her mother, Frances Gompf, says her daughter spoke of Grandhi frequently during her time at VCU. "She loved who he was, depended on him for support and valued his friendship deeply," Gompf says. "So when Ramesh contacted us about starting a scholarship fund in her name, all the praise she gave to him was now coming from her father, brother and myself. He is all she said he was."

The Suzanne Munson scholarship reached the $50,000 threshold needed to establish a medical school student scholarship endowment in December 2018, when Grandhi made an additional $5,000 gift. 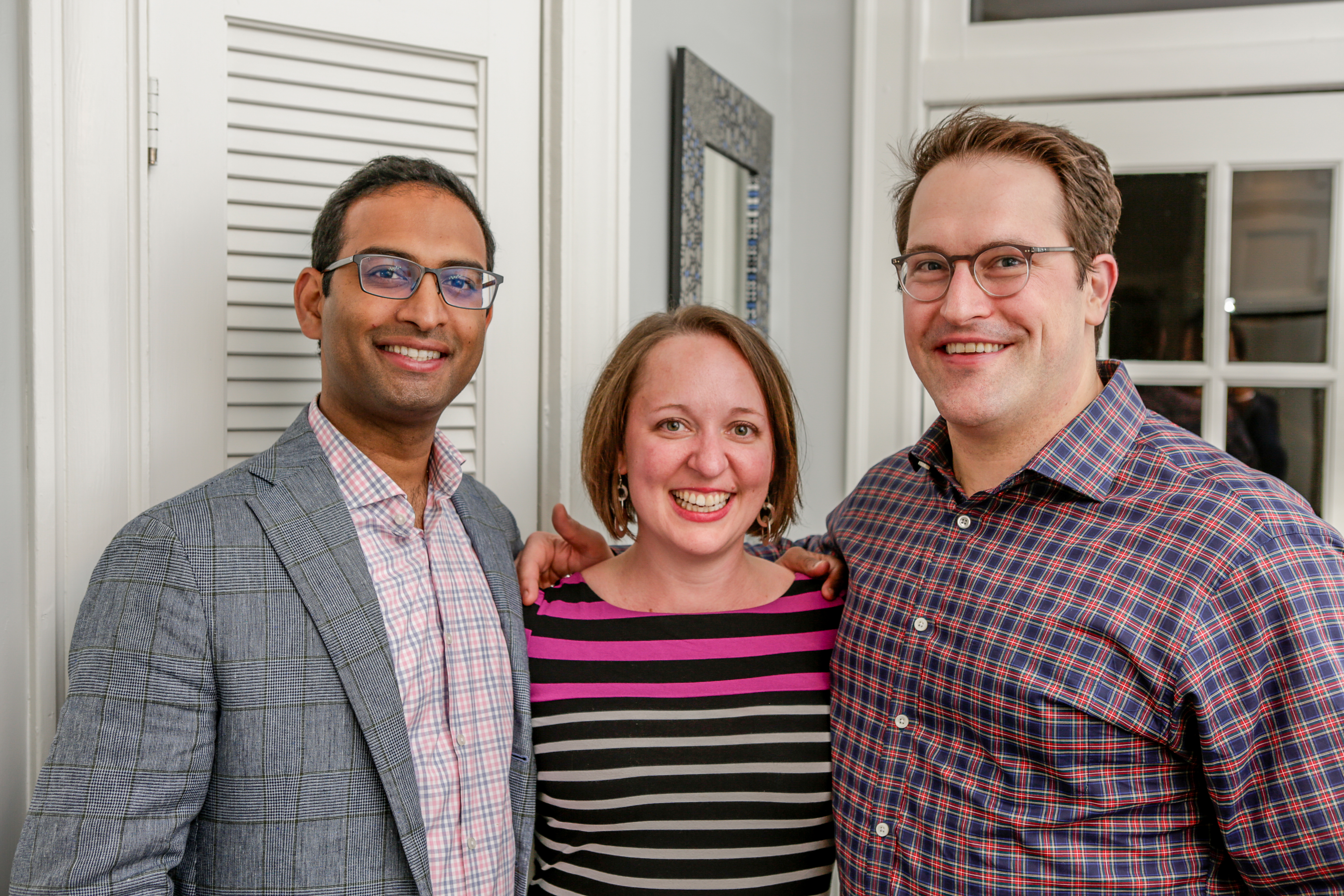 Ramesh Grandhi (left) with former classmates Jennie Draper and Andrew Bogle at the School of Medicine Class of 2007 Reunion in 2017.

Beginning in the fall, the scholarship will be awarded annually to an incoming medical student based on academic merit and/or financial need.

"Creating the scholarship for Suz has been an important way for her classmates to remember her effervescent personality, kindness and dedication to her patients," Bogle says. "She was a perfect embodiment of the spirit of our class and our school."

The scholarship is part of the School of Medicine's 1838 Campaign, which aims to provide scholarship support to recruit and reward top students and to reduce student debt.

"Through the medical school's 1838 Campaign, we aim to build a scholarship endowment that's on par with our peer schools," says Peter F. Buckley, M.D., dean of the School of Medicine. "We cannot get there without the help of our alumni. Dr. Grandhi's personal generosity as well as his leadership in encouraging his classmates to join him in creating this tribute to Dr. Munson is a marvelous way to honor her memory and extend her legacy far into the future through its support of aspiring physicians."

Munson's mother says Grandhi has given her family a forever gift. "I cannot help but think that that magic spark he brought to Suzanne's life will be passed on to the recipient of the scholarship he started in her name," Gompf says.

Grandhi hopes that Munson will be remembered at VCU as a joyful, caring and energetic healer.

"The most important thing," he says, "is that the student recipient will learn about the person who is being honored and understand that through this wonderful soul, we are able to give a small opportunity or gift to a deserving individual."

This story first appeared in Vol. 18 of Impact, VCU's quarterly publication that tells the stories of how donors make an impact on the school's students, faculty and programs.