‘We are meant to make connections’ 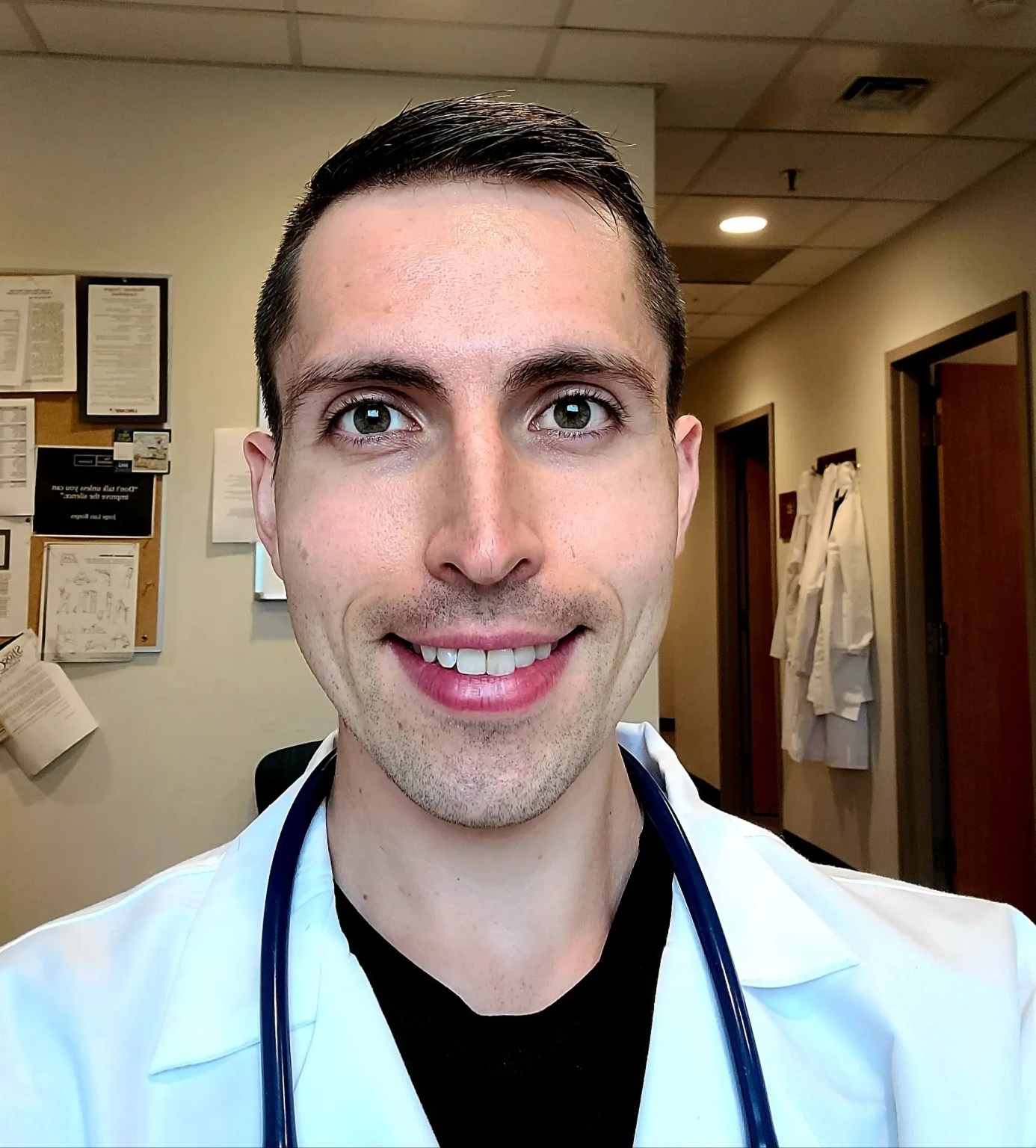 You might think a card game designed to make medical education more interesting and interactive sounds a bit anachronistic in this uber-digital age. You might think otherwise when you meet its co-creator, Paulius Mui, M’20.

When the Russia native moved with his mother from Lithuania to the United States at age 14, he was already an explorer. Not so much geographically speaking – although he’s done plenty of that, too – but an explorer of life.

Curiosity combined with an entrepreneurial bent led him to try everything from realtor to cab driver, from waiter to wedding photographer.

But working as an executive assistant at Harvard Medical School Center for Primary Care proved a revelation: “I thought medicine was limiting with its rules. But I also think having some constraints can inspire creativity, and I saw that in primary care.”

Medicine as a career had hovered in the periphery for Mui, whose mother was a nurse. “I tried not to go to medical school many times. But I knew the challenge of medical school was there.”

“We were so fortunate that he chose VCU,” says Judy Gary, M.Ed., assistant director of medical education and fmSTAT co-director. “I don’t think I’ve ever met anyone so curious and willing to explore possibilities. He’s taught me that the process is often more important than the outcome.”

His enthusiasm had helped foster the idea of a card game, a new way of understanding medicine, by the end of Mui’s second year of medical school on the MCV Campus. “That’s when you have learned most of the book knowledge, the foundations of medicine, then you take this test to see how much you can remember.

“It’s tremendously stressful. I would study but also try to make it fun.”

Working with patients, he observed the importance of connecting the pieces of information they present. “There are clues you have to figure out, and it can go so many different ways.” 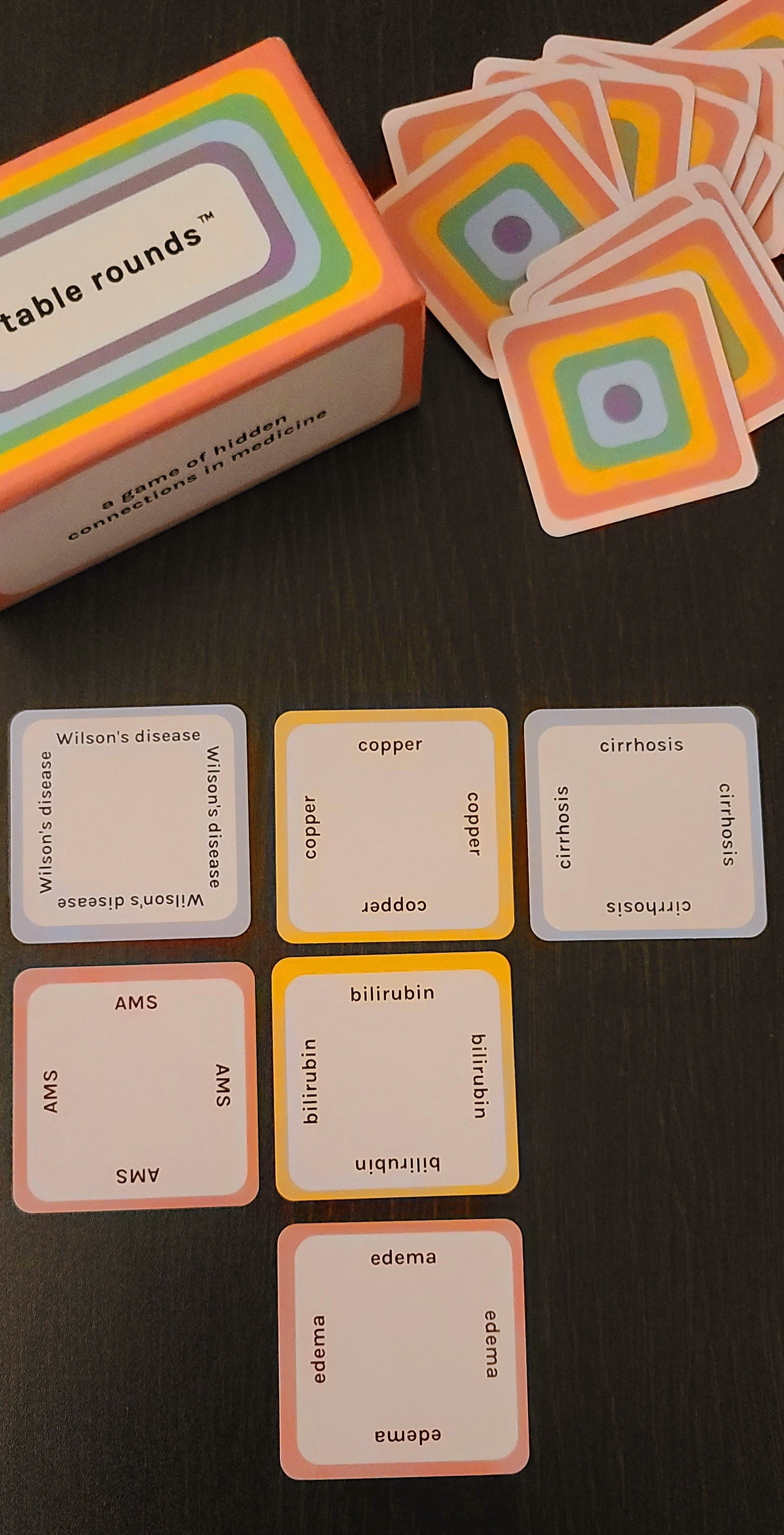 Paulius Mui created the card game Table Rounds in medical school to look at the connections in medicine and make studying fun.

Just like the children’s song reminds us that “the foot bone’s connected to the leg bone,” Table Rounds’ four-sided cards give medical students the chance to make the case to their fellow players that copper is connected to cirrhosis. Or to bilirubin. Or to Wilson’s disease.

Word of the game, which launched earlier this year, spread organically with the distribution of virtual cards and hashtags via Twitter as well as additional social media exposure. The game’s first expansion packs include obstetrics and pediatrics.

Mui has launched a new podcast, “Voices of Table Rounds,” that’s helped him connect with people working on similar concepts worldwide. He has accepted several invitations to present, including at the upcoming 2021 Family Medicine Education Consortium.

Mui became an advocate for the specialty early on during medical school as he took advantage of opportunities offered by the Department of Family Medicine and Population Health – and created some of his own.

Among them, he started a family medicine newsletter, The Pulse, and produced a podcast, “Family Medicine Lens,” to share his exploration of family medicine.

“I think I live to work,” he says, “although it doesn’t feel like work. It’s where I self-actualize, finding things that align and then pursuing them. We are meant to make connections.”

A participant in the School of Medicine’s competency-based graduation pilot program, Mui graduated in three years and now is in his second year of training with VCU’s Shenandoah Valley Family Medicine Residency.

While a first-year resident, he was elected a Virginia Academy of Family Physicians resident director. In that role, he created Residency Spotlight, a publication featuring residents statewide, and initiated a monthly virtual meeting for residents.

“Paulius is incredibly generous and encouraging of others,” Gary says, “and always looking to share his enthusiasm for family medicine.”

What’s next? Mui’s been thinking about that. It most certainly will incorporate medical education innovation, and likely will be something that no one else has yet envisioned.

“He’s truly one of a kind,” Gary says. “I believe he’ll be a real leader in our specialty.”