Jeremy Ross, M’13, still remembers the face of one patient he saw while on hospital rounds with his father as a young boy. The patient’s room was the farthest down the hallway, in the corner.

The patient, a prisoner, was chained to his bed — but the young Ross wasn’t afraid. The man seemed gentle and Ross watched his father, oncologist Michael Ross, M’71, H’73, treat him with kindness and respect.

“He obviously cared for him and didn’t see him as a bad person,” Jeremy Ross says. “Dad said, ‘He is a prisoner but it doesn’t matter. To me, he is the same as everybody else.’ I’ve always remembered that.”

A master of both clinical skills and patient empathy, Jeremy Ross’ father became his son’s mentor, role model and trailblazer. After following in his father’s footsteps to medical school on the MCV Campus, for training at MD Anderson Cancer Center and ultimately into the field of oncology, Jeremy Ross joined his father’s Fort Worth, Texas, practice in July 2020.

“It’s the wisdom I’m trying to soak up from dad,” he says. “We have guidelines and decision trees but so many times, it comes down to a judgement call. You can’t replace the wisdom of 35 years. When dad speaks, we all listen.”

As Michael Ross prepares to celebrate his 50th medical school reunion this weekend, he takes special pride in seeing his son in his white coat, walking the hospital halls where he spent much of his career.

“He’s a good soul with a good heart,” says Michael Ross, who earlier this year stepped back from his full-time responsibilities with the practice, though he’ll keep his license current and continues to be available on an ad-hoc basis. “We worked together six months. It was a special time. Having Jeremy here made me feel like I could pass on a lot of my patients.”

The connection put his patients at ease, too. Some will tease Jeremy that they are “going to call his dad” if he causes any trouble. He doesn’t mind the ribbing or being known as Dr. Ross 2.0. “The older partners have known me at least since elementary school. The director of human resources has known me for 30 years. Every child tries to separate themselves from their dad at some point, but medicine was my destiny. Looking back, I can always see it was the right fit for me.”

Both men have fond memories of their medical education on the MCV Campus. Fifty years later, Michael Ross says the memories of the day-to-day struggles have been replaced with reminiscences of walks through the tunnels that run underground the campus and trips to the snack bar “where you could get enough to keep you going through the night.” 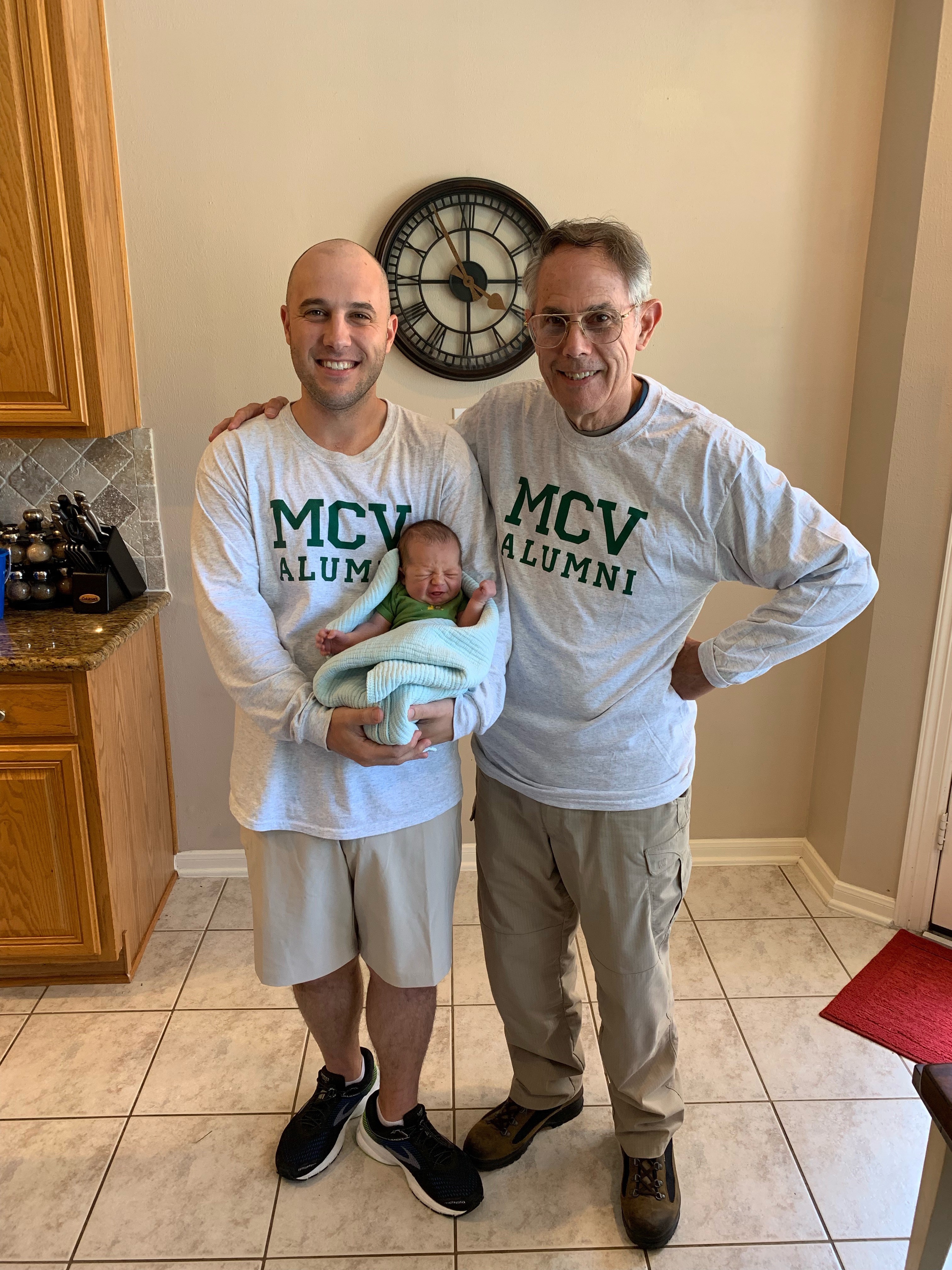 “I’m ever so grateful to VCU,” Ross says. “That’s why my wife Beverly and I started a scholarship as a simple, yet complex, thank you to the school for what it’s done for me and how it changed my life. We’re at the stage where we don’t need to accumulate any more things. I’m giving an education to a capable student.”

He also feels he’s made a gift of sorts of his son – to his profession and to his patients.

The daughter of one of his former patients saw Jeremy in the hospital recently and asked if he was the “new Dr. Ross.”

“She told me, ‘your dad took care of my mom 25 years ago and we thought she would only live a few months. She lived a whole year.’ I tell the patients I’ve inherited from dad that I’m going to make it a goal: if I have to hand you off, it will be to the next Dr. Ross.

“Maybe even VCU-trained,” the father of three says with a grin. “We’ll see.”

Saying thanks — in your own way
In 12th & Marshall magazine, Michael Ross, M’71, H’73, shares why he wanted to give back to today’s students.

‘These experiences touch your heart. You can’t just ignore them.’
Second-generation oncologist Jeremy Ross, M’13, pays tribute to patients he encounters through his writing.

MCV Campus Virtual Reunion Weekend 2021
All alumni are invited to attend many of this year’s Reunion Weekend events, held April 15-18, including the MCV Campus Then & Now Virtual Tour and Dean Peter Buckley’s State of the School Address.