A witness to history

This story was published in the spring issue of 12th & Marshall.

In 1994, construction on the MCV Campus uncovered a well where human remains and artifacts had been discarded 150 years earlier. They were sent to the Smithsonian’s National Museum of Natural History for study, and it was discovered that the remains — likely from cadavers used for anatomical and surgical training — represented at least 44 adults and nine children, most of whom were African or African American and who were almost certainly enslaved.

VCU convened the East Marshall Street Well Planning Committee to encourage learning about the remains and to seek community input on appropriate study, memorialization and reburial with dignity.

The Class of 2023’s Miles McConner wasn’t alive when the remains were discovered. Born one year later, he would grow up with dreams of becoming the first physician in his family. Nearly 25 years later, as a first-year medical student, he represented the MCV Campus as the remains made the journey home to Richmond.

In his own words: 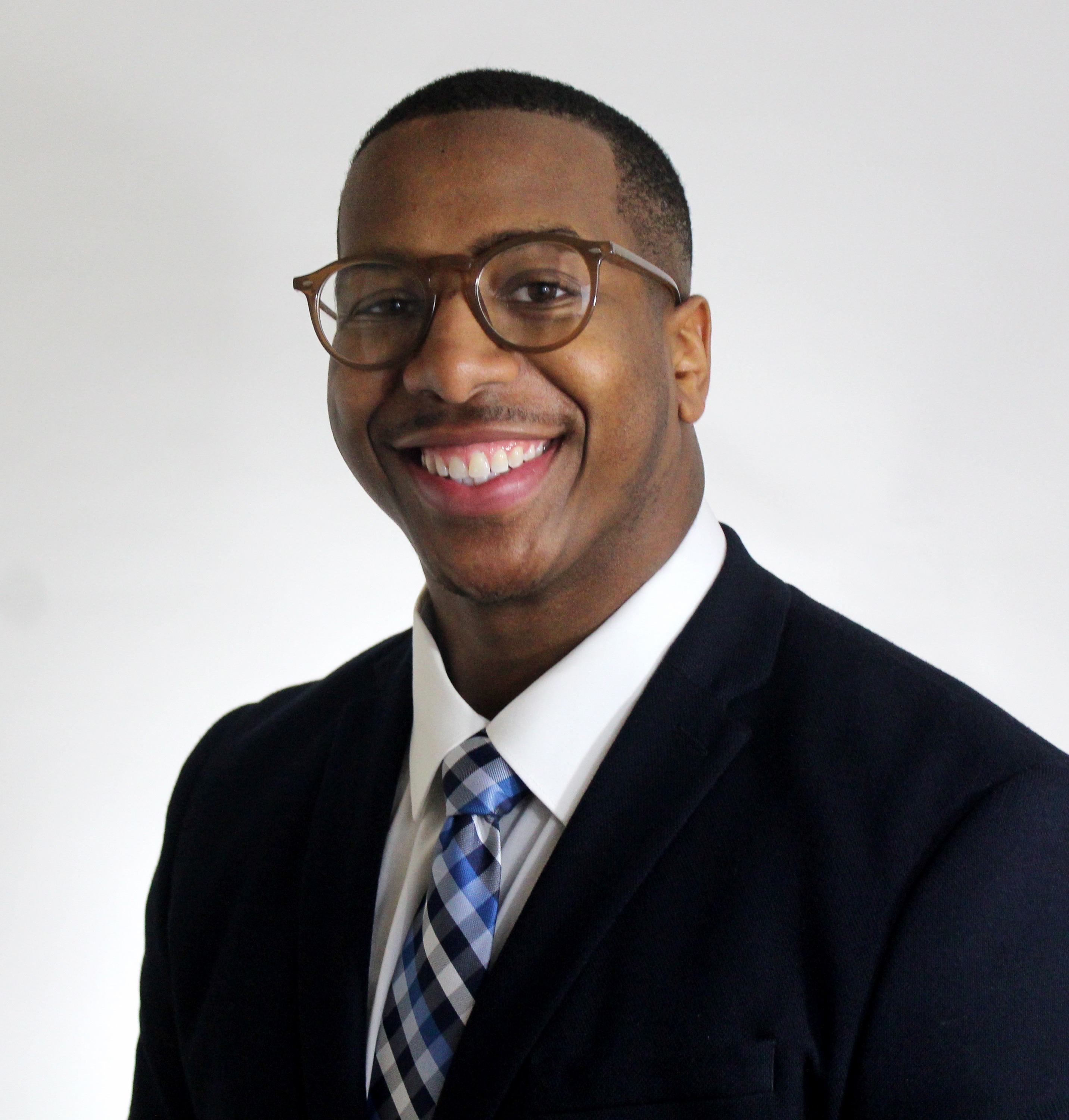 Have you ever been to a concert where you can hear the music and feel the vibrations? Being with the remains — the whole experience — it was like that. But, of course, there was no music. You can just FEEL it.

I didn’t know about the East Marshall Street Well Project when I came to the MCV Campus.

I understood that the medical field had a history of grave-robbing black cemeteries in the 19th century and using them as cadavers for dissection. I’d read the book “Medical Apartheid” that describes the history of medical experimentation on African Americans. But when I learned about MCV’s role during this time, I was definitely angry. If I had known when I was applying that this had happened, I would have gone to another medical school.

But now I’m glad this is the route I took.

Reconstructing the narrative of medicine

The East Marshall Street Well Project was a way to recognize the mistreatment of African American bodies at VCU and in the medical community as a whole. For years, committee members were planning a series of events to mark the return of the ancestral remains to Richmond so that they could be buried properly and, if possible, connected to any family members here.

A departure ceremony from the Smithsonian’s National Museum of Natural History was planned for the Monday before Thanksgiving in November 2019. When I was invited to travel to Washington, D.C., and participate as a pallbearer along with other health sciences students, there was no other answer for me but ‘yes.’

On Sunday we met with the Family Representative Council whose members have served as a surrogate family for the unidentified remains.

We were joined by VCU forensic science students and William & Mary anthropology students who had already spent a few days at the Smithsonian conducting an inventory of the remains.

We began Monday with a reminder ceremony and prayer, and the organizers asked me to speak about what the event meant to me as a medical student and as an African American man — what it’s like to be connected by sharing the same ethnicity, the same race, to a history of mistreatment in the medical field.

The night before the ceremony, I thought about what I would say, and what I came to was this: Although there is room to be angry, we are headed in the right direction in terms of getting the remains back to Richmond where they should be. This should be a moment of celebration.

It’s also a reminder for all of us in medicine to reflect on our responsibilities to patients. What is my role in repairing the relationship between African American communities and the medical field? As one of the many faces of health care, it is my responsibility to cherish and value each community and patient, and in doing so, help reconstruct the narrative of medicine’s relationship to the African-American community.

‘Finish the work before you can rejoice’ 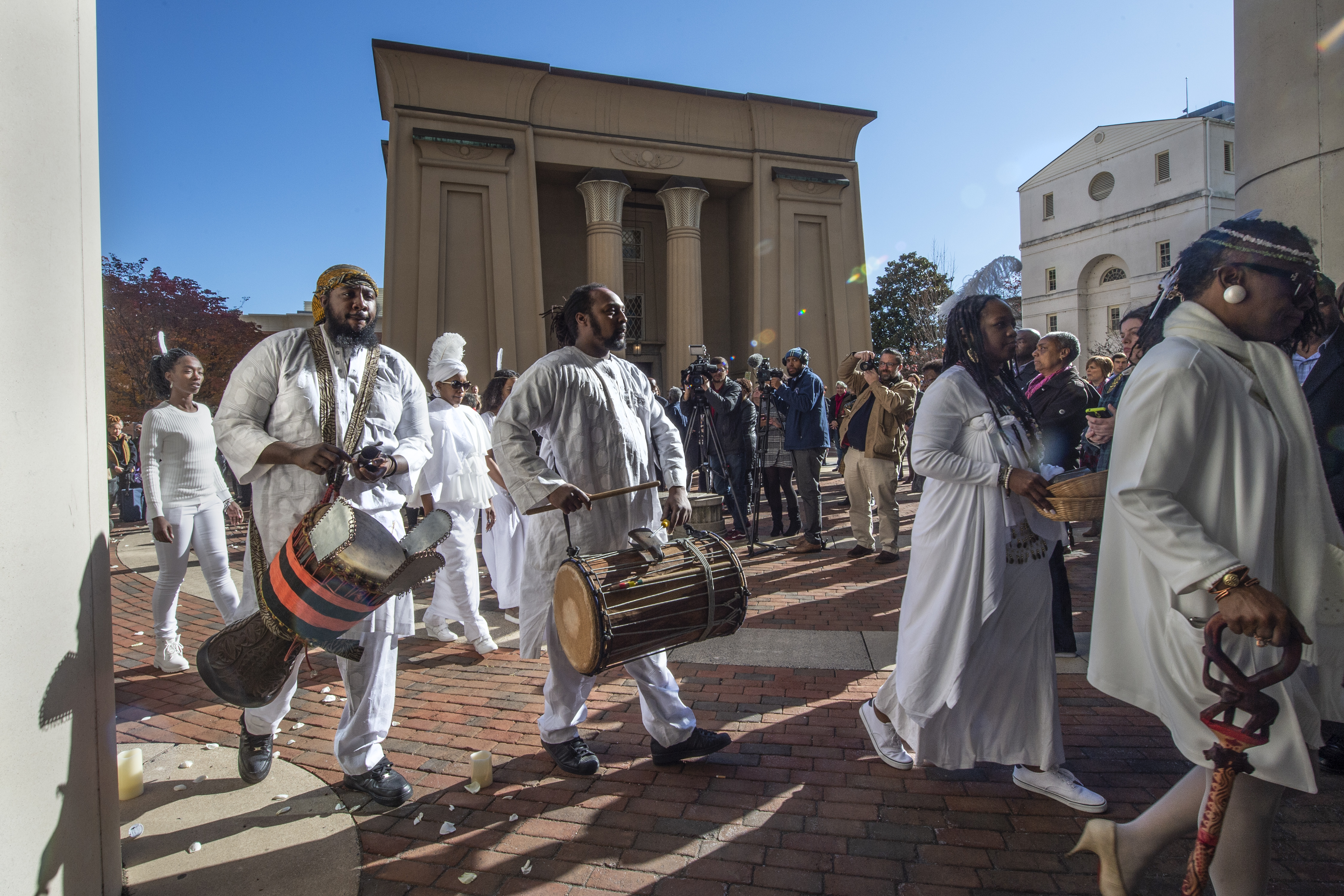 The Class of 2023’s Miles McConner (far right) and other health sciences students served as pallbearers as the ancestral remains made the journey home to Richmond.
Photography by Kevin Morley, VCU University Relations

Monday morning, we gathered in the Rose Anthropology Seminar Room on the sixth floor of the National Museum of Natural History. Along the back wall were 17 boxes containing the ancestral remains.

Members of the Family Representative Council covered each box with traditional African cloth. The boxes would stay covered with the cloth throughout the ceremony. As pallbearers, we had the solemn task of moving the boxes onto carts and through the museum to a waiting hearse, taking extra care to bring honor and dignity to those who did not receive it in life.

The remains were escorted by Virginia State Police down Interstate 95 to Richmond and to the afternoon ceremony at the Hermes A. Kontos Medical Sciences Building — the building that was under construction when the remains were discovered.

We arrived back in Richmond early, about 30 minutes before the ceremony started. That’s when it hit me, and I had a chance to take it all in. Hundreds of people were gathered on the streets of the MCV Campus, waiting for the remains to make an appearance. Sitting there, knowing that the remains had finally made it home, was powerful.

The ceremony began outside the Kontos Building, where the Elegba Folklore Society led a ceremonial pouring of libations and prayer. It had a lot of spiritual context. That was the most moving part for me. Then the crowd proceeded inside to hear from Dean of Medicine PETER F. BUCKLEY, M.D., Richmond Mayor LEVAR STONEY and Virginia Gov. RALPH S. NORTHAM, M.D., among others.

After the ceremony, the other pallbearers and I traveled with the remains to the Virginia Department of Historic Resources. That’s where the remains will be kept while additional research is conducted before they are interred at Richmond’s
African Burial Ground.

One of the members of the Family Representative Council reminded us that the department was a temporary stopping point, not a resting place.

My anger has faded, but until the project is fully completed, I can’t say that this wrong has been righted yet. You definitely have to finish the work before you can rejoice.

‘I am here for a reason’ 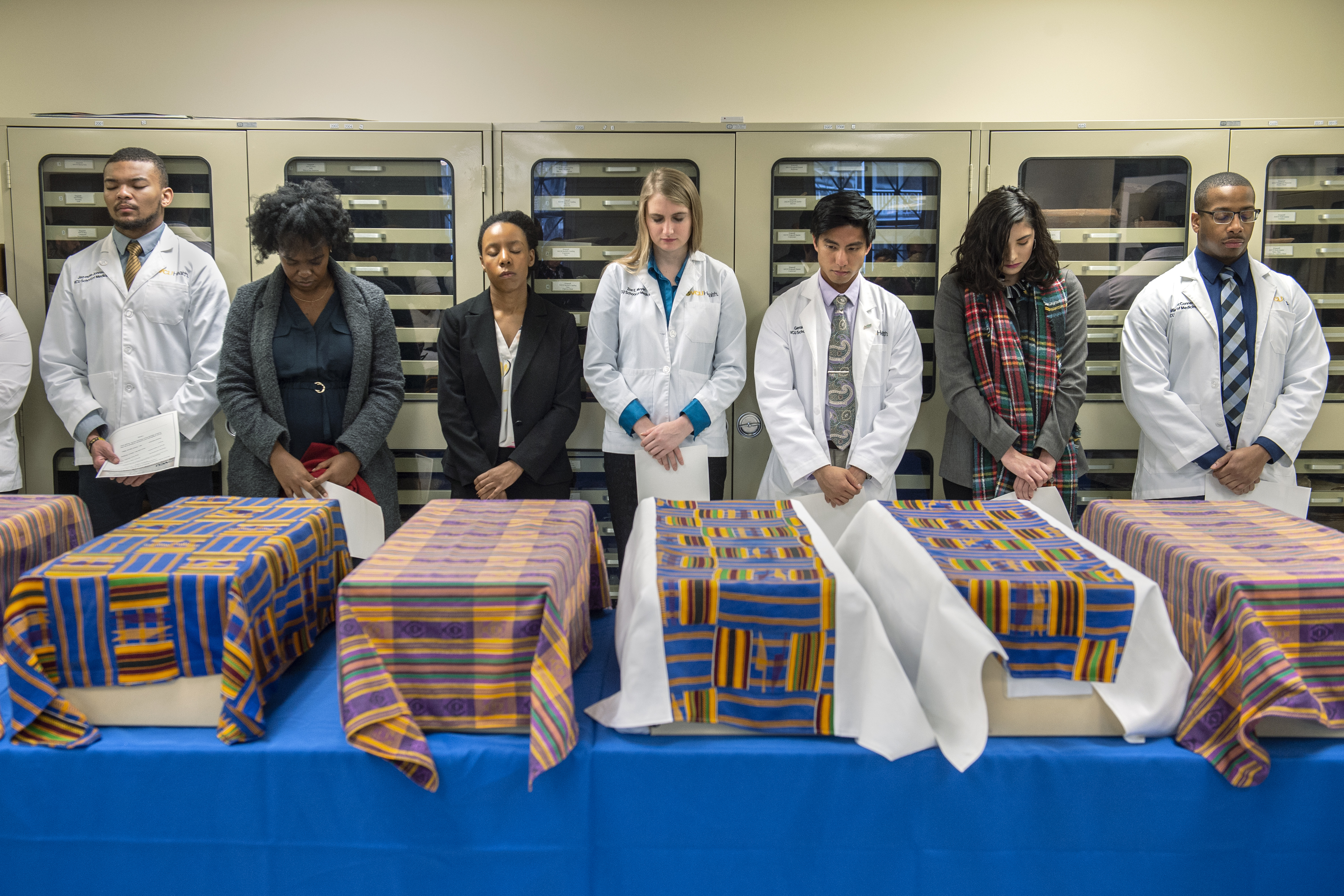 When I arrived last fall as a first-year medical student, I experienced imposter syndrome and sometimes wondered what I had to offer. I didn’t speak up during group work. But this whole experience helped me overcome that. If my ancestors can go through what they went through, I can fight whatever barriers may be placed against me. I have a voice and it should be heard because I’m here for a reason. I can offer something to my classmates who might be treating patients like me. If patients have a fear of mistreatment or mistrust of the health care system, maybe I can help them understand where they might be coming from.

I believe I learned about this wrongdoing at the time I did — after I arrived on campus — because it gave me the opportunity to participate in the East Marshall Street Well Project. If I had gone to another medical school, I wouldn’t have had this experience and I wouldn’t be as outspoken as I am now. It definitely teaches me not to run from everything that might have a bad history.

Out of respect to my ancestors, I will carry myself in the best way possible. I have an intrinsic sense that although they are not around anymore — I am — and you can be sure that I’m going to value and revere what they now stand for.