From homemade remedies to medical school

Medical care was something 'we couldn't afford' 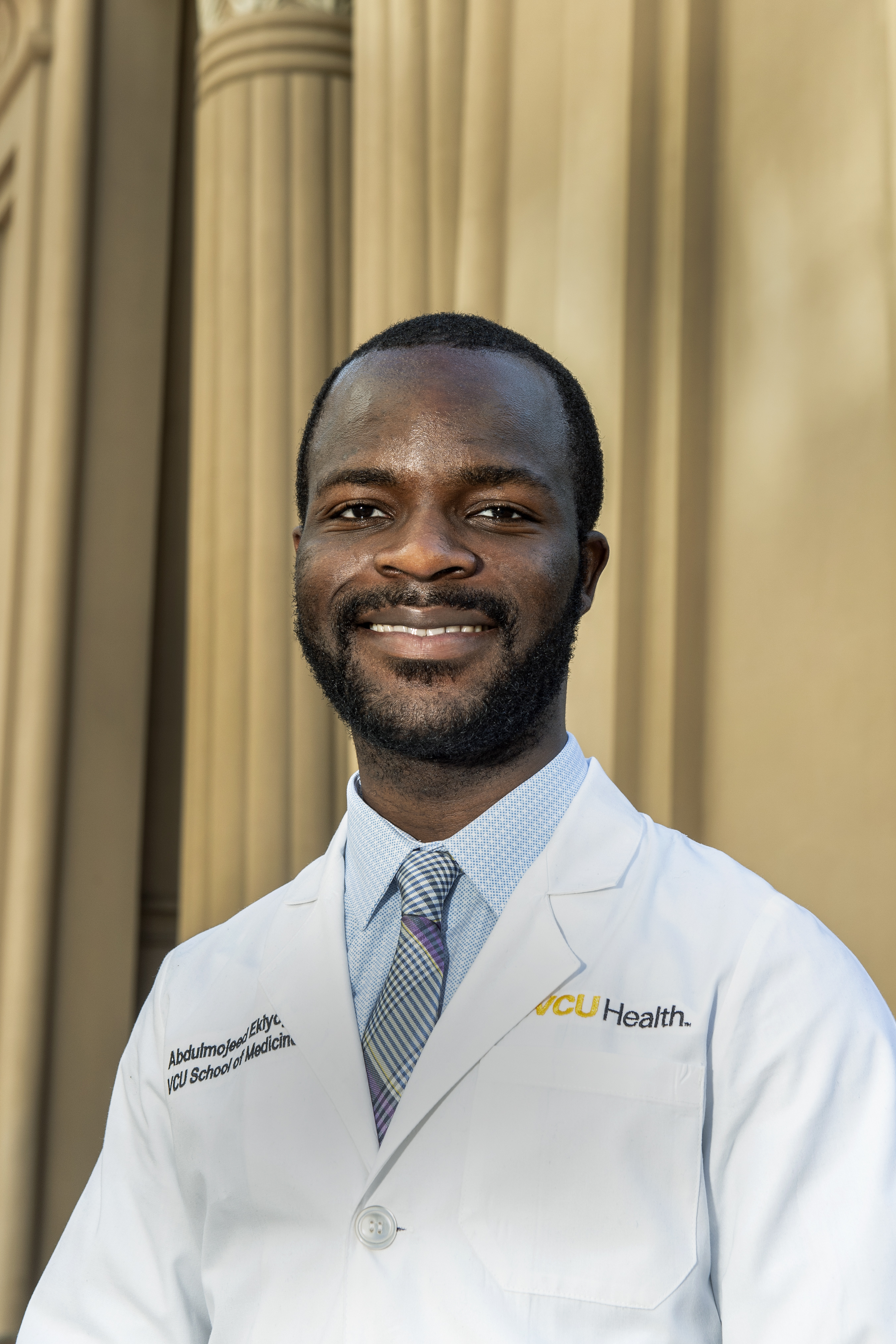 As a child growing up in Lagos, Nigeria, Abdulmojeed Ekiyoyo, M'22, can vividly remember his mother mixing together homemade remedies to fight common ailments like coughs, colds and rashes.

"She would rub the ointments on us or mix it in a special bath," says Ekiyoyo, the middle of five children. "I thought that was normal. I didn't realize medical care was something we were supposed to have. Now I know it was something we couldn't afford."

Those memories have had a lasting impression on Ekiyoyo, who goes by Abdul. After immigrating to the United States in 2006 at the age of 11, he knew he had a strong desire to become a doctor.

"When I arrived here, I witnessed numerous occasions where a doctor made a significant impact on a patient's life," he says. "I knew I wanted to become a doctor and provide care to all people, regardless of their background or insurance status."

While the health care system is significantly better in this country than his homeland, Ekiyoyo has seen room for improvement.

"There are issues with underserved populations not getting the medical care they need," he says. "There is a lack of access that must be addressed."

The underserved population is everywhere, from rural communities where lack of transportation prevents people from seeing a doctor, to cities where rising medical costs keep health care out of reach for some.

"I don't know all the answers," Ekiyoyo says. "Doctors alone can't solve the problem. There must be system-wide change. I want to be a part of that."

A resident of Maryland, Ekiyoyo is a recipient of multiple scholarships, including the Hartranft Scholarship and the John A. Hashemi Scholarship. Together, his partial scholarships fund nearly half of his medical school tuition. To help Ekiyoyo and the generations of students who will follow after him, the medical school launched the 1838 scholarship campaign. With an aim of building its scholarship endowment into a resource on par with its peers, the campaign is 90 percent of the way toward its $25 million goal, with another year to go before the campaign ends on June 30, 2020.

"I am very grateful," Ekiyoyo says. "It obviously makes a huge difference."

Ekiyoyo graduated from the University of Maryland, College Park, in 2016 with a degree in chemistry. He worked for two years as a scribe for an orthopaedic surgeon before entering medical school.

"We are lucky to have him," says Donna H. Jackson, Ed.D., the School of Medicine's assistant dean for admissions and director of student outreach.  "I really admire his resilience and his passion for medicine. He displays humanism and character at his core. That's the kind of student we want here at VCU."

Ekiyoyo traveled to Honduras in June on a mission trip though HOMBRE (Humanitarian Outreach Medical Brigade Relief Effort) and volunteers with local free clinics. He is also part of the school's International/Inner City/Rural Preceptorship (I2CRP) Program, which fosters the knowledge, skills and values needed by doctors to provide quality and compassionate care in underserved areas.

"My parents are the ones who instilled a strong work ethic in me," Ekiyoyo says. "They worked hard to give my siblings and me a chance at a good life. They worked hard so that we could realize our dreams."

While Ekiyoyo has a strong interest in gastrointestinal medicine, he is not sure of the specialty he will pursue after finishing medical school.

"I do know that helping the underserved will be part of my future," he says. "I want to be the kind of doctor who builds strong relationships with their patients. I want to provide the quality health care we all deserve."