'Pride and patriotism' in academic medicine

Veterans in the School of Medicine share how their military service shaped their careers.

Every year on November 11, Veterans Day honors the dedication and sacrifices of those who have served in all branches of the U.S. military. It was originally founded in 1938 as Armistice Day, dedicated to the veterans of World War I. In 1954, at the urging of veterans’ service organizations following World War II and the Korean War, Congress amended the legislation and renamed the national holiday Veterans Day.

At VCU School of Medicine, we are proud to celebrate the achievements of our faculty, staff, trainees and students who have served in the military. There is no one path to academic medicine, and in recognition of Veterans Day, several members of our community shared how their own military experiences led them to VCU. 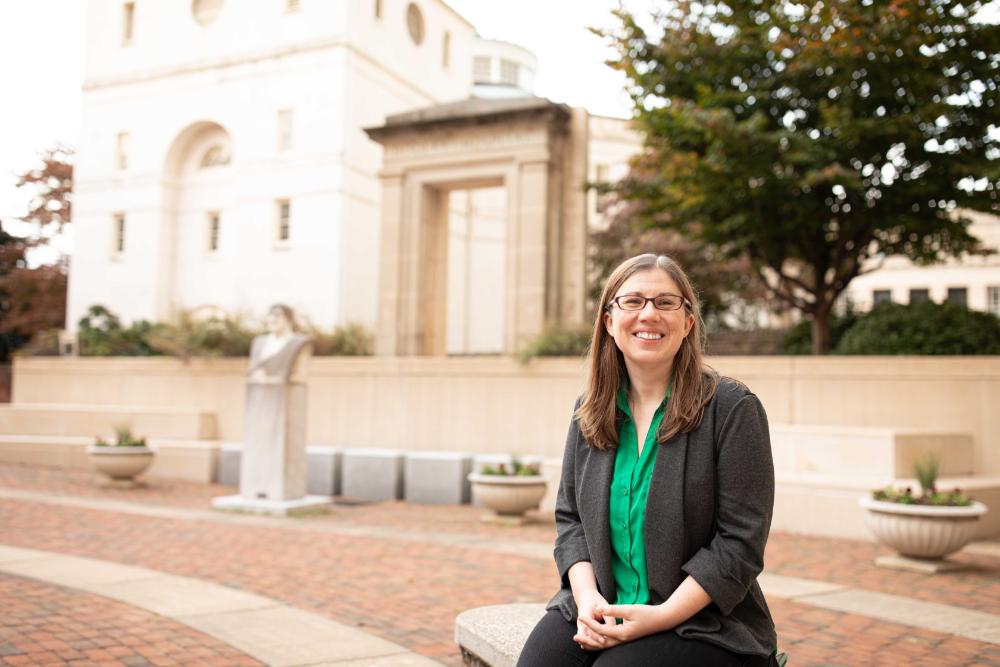 Joining the Air Force at age 19 allowed Sara Nass, Ph.D., to complete her associates, bachelor’s and doctoral degrees without accumulating student debt. Nass spent most of her five-year service doing radio maintenance at the Whiteman Air Force Base in Missouri, home of the B-2 Spirit bomber. Now a postdoc in the Department of Pharmacology and Toxicology, she said the core values instilled during her time in the Air Force have stuck with her: “Integrity first, service before self, excellence in all we do.”

“It’s about making sure you get the job done right,” she said. “I took away an understanding of teamwork, that being able to rely on the other people you work with is really important.”

Nass is studying the effects of the HIV-1 Tat protein and opioids in the brain, and she said her military training set her up for success as a researcher.

“I liked the technical aspect of working in a shop setting in the Air Force, getting to actually fix the radios and troubleshoot the different problems. I feel like that technical expertise translates well to lab work,” she said. “I really missed the camaraderie, and I have that now, being in a lab with my lab mates." 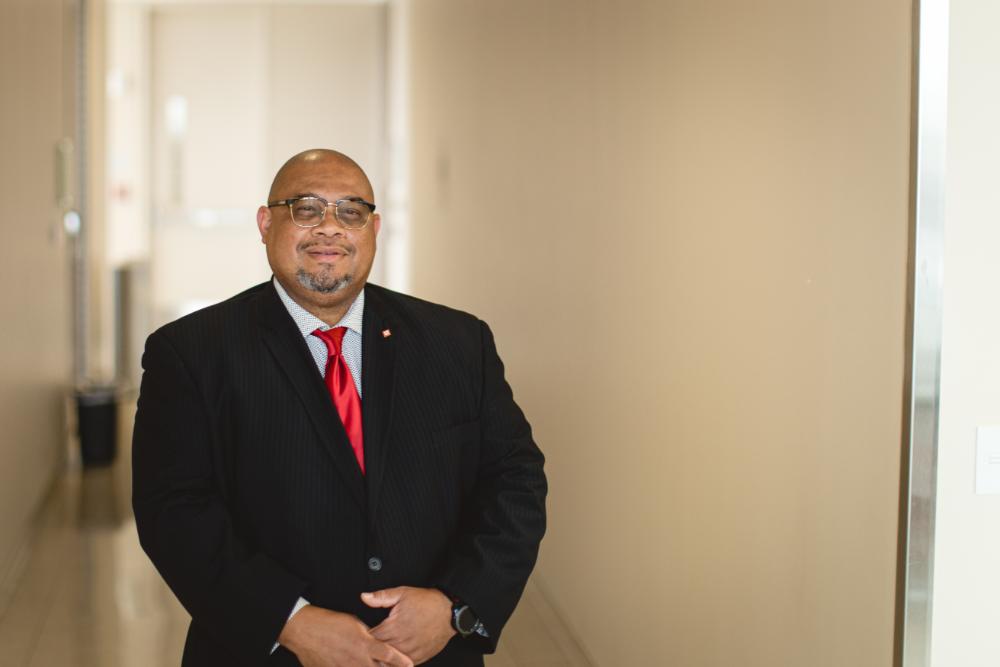 When Kevin Harris, Ph.D., was a senior in high school, the military was not on his radar. But he was swayed by family and friends who thought it would be a good fit for him, and now he looks back on his seven years in the Army National Guard with fondness and pride. It introduced him to the value of teamwork and planted the seed for his career in diversity work.

“There was so much diversity of backgrounds, upbringing, ancestry, socioeconomic status, just across all dimensions,” Harris said. “However, over the course of the eight weeks in boot camp, we truly came to depend on each other, respect each other, push each other. It was fascinating to see that group cohesion take place right before my eyes.”

Harris also came face to face with prejudice, and recalled a conflict with a fellow enlistee who later told him he “had never physically seen a Black person” before. A task at hand forced the two men to work together and discuss their differences, and they ultimately became friends.

“What I realized is that not everyone sees the world as I do or has had the same experiences,” Harris said. “I also realized that when our fates are linked together, it is amazing how we can overcome the things that divide us.” 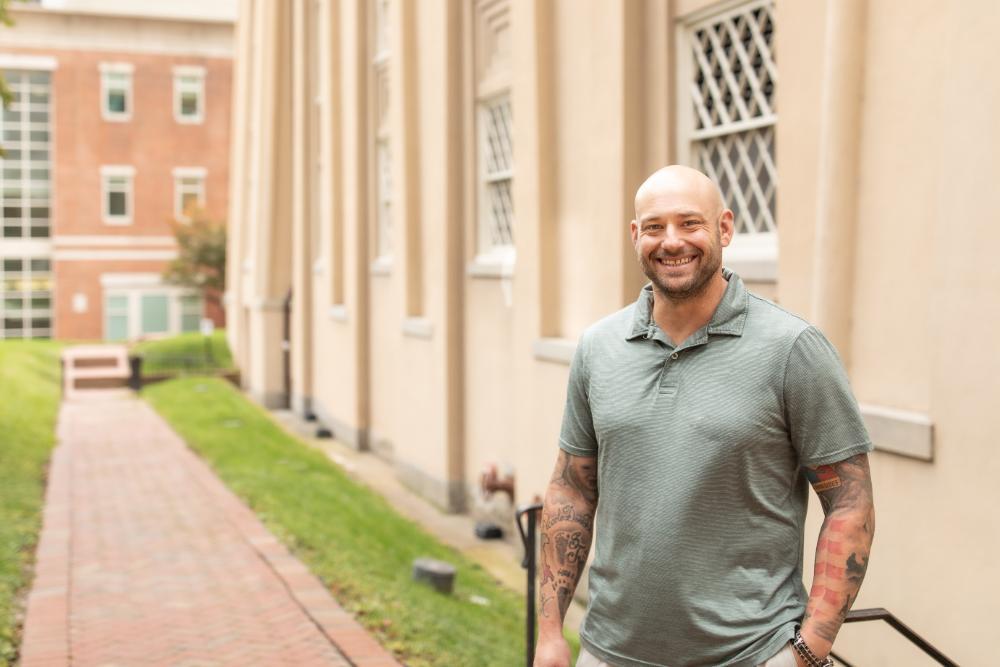 Joe Montanari joined the Army when he was 18 because he “just needed to straighten himself out.” After nearly 10 years of service and two deployments to Iraq, he had a rough transition back to civilian life. He suffered from post-traumatic stress disorder, plus balance issues, sleep troubles and severe migraines resulting from two mild traumatic brain injuries. Those symptoms led him to the Long-term Impact of Military Relevant Brain Injury Consortium, a longitudinal study investigating the health impacts of combat concussions led by VCU researchers.

Montanari is one of thousands of veterans participating in the study, and in 2016 he joined the Department of Physical Medicine and Rehabilitation as a research assistant for the consortium. It’s his first desk job, and he appreciates that the role keeps him connected to fellow veterans.

“My main objective is retention. I want to keep as many participants in the study as possible so we can keep tracking them and put this data toward something,” Montanari said. “Seeing a person stay in it and seeing the progress that we make is the most rewarding.” 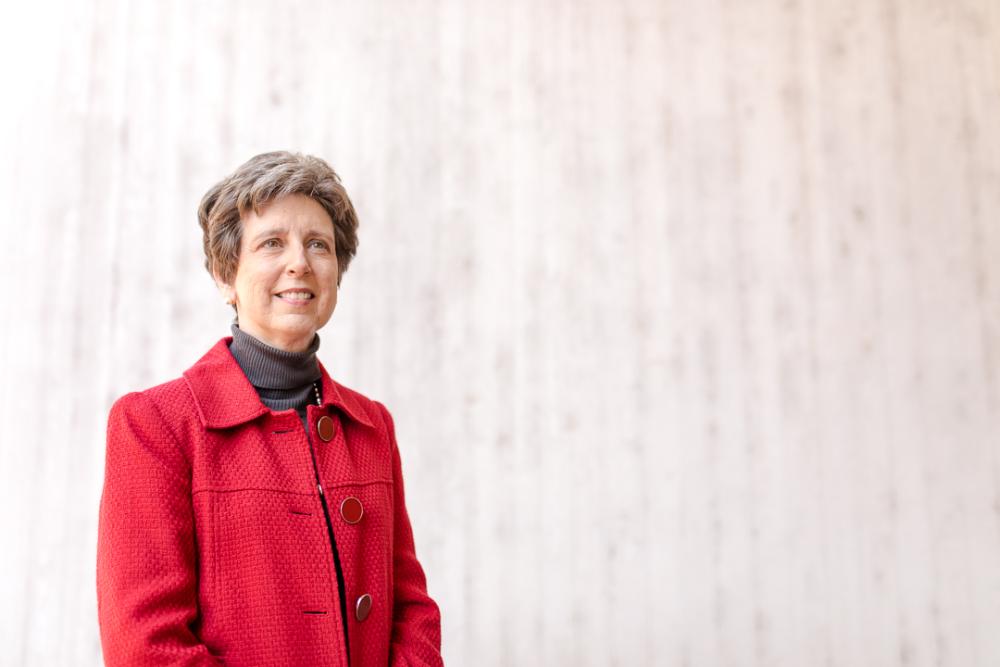 Ann Fulcher, M.D., has always been drawn to leadership. As chair of the Department of Radiology, she values her experiences as both a mentor and a mentee, and she views her interactions with students and trainees as one of the most valuable aspects of her job.

Fulcher, M’87 joined the Air Force to cover the cost of medical school, and after completing a civilian radiology residency at VCU School of Medicine, entered active duty as a captain at Andrews Air Force Base in Maryland. Her own mentors recognized her knack for leadership early on. With only two years post-training under her belt, Fulcher stepped into the role of radiology department chair for the base, an experience she described as pivotal in her career. In that role, she learned about managing medical staff, procuring equipment, managing budgets and teaching students, all within military rules and regulations.

“I have great memories of my time in the military and am grateful for the manner in which it prepared me to serve as chair of the VCU Department of Radiology,” Fulcher said. “Although I am no longer on active duty, I feel a great deal of pride and patriotism as a veteran and as the daughter of a World War II veteran and the cousin of a Vietnam veteran. Although my service was nothing like theirs, I was honored to have the opportunity to contribute in some small way.” 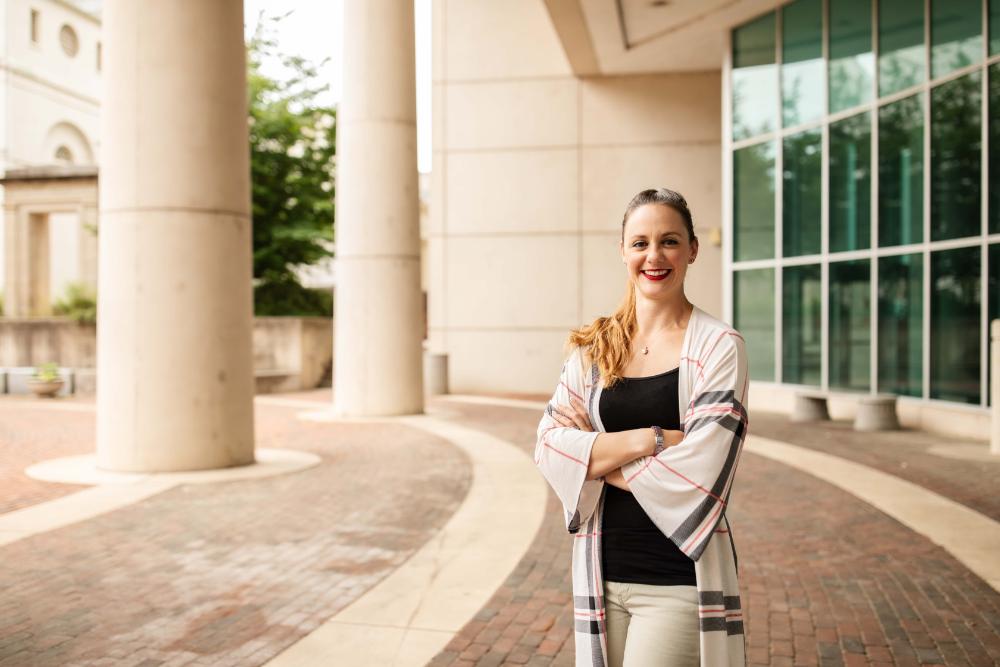 When Kelly Platfoot graduated from high school, she knew she wasn’t ready to go straight to college. So, in a decision her mother jokingly refers to as “divine intervention,” Platfoot spent five years in the Marine Corps before earning a bachelor’s degree in biology and physiology from California State University San Marcos.

Platfoot is now in her third year of the Department of Anatomy and Neurobiology’s neuroscience Ph.D. program. Her research focuses on identifying common traumatic brain injury markers and exploring how they pass from blood into urine, which she hopes will contribute to improving TBI diagnosis and treatment. She recently received a prestigious fellowship from the Department of Defense to fund the next three years of her work.

“The number one thing people feel after leaving the Marine Corps is a fear of not making a difference, like nothing matters,” said Platfoot. “I haven’t felt that a whole lot. Because of the route in academia I’m taking, I still feel at the end of the day like I’m going to make a difference one way or another.”

Boots on the Ground