Basic science back up plan

In a recent School of Medicine postdoctoral scholar survey, nearly 43 percent of respondents said their main career goal was to be a tenure-track faculty member; an additional 12 percent want another type of academic position.

In a recent School of Medicine postdoctoral scholar survey, nearly 43 percent of respondents said their main career goal was to be a tenure-track faculty member; an additional 12 percent want another type of academic position. According to the National Science Foundation, only about 20 percent will secure a position in academia within five years of receiving their degrees.

You don’t have to be a genius to know it doesn’t add up. Some have claimed the country’s graduate education system is broken or even that it’s a Ponzi scheme of sorts, preparing students for jobs that may never exist.

But where many see problems, VCU sees opportunities for students to find meaningful careers — perhaps better fits than academia. 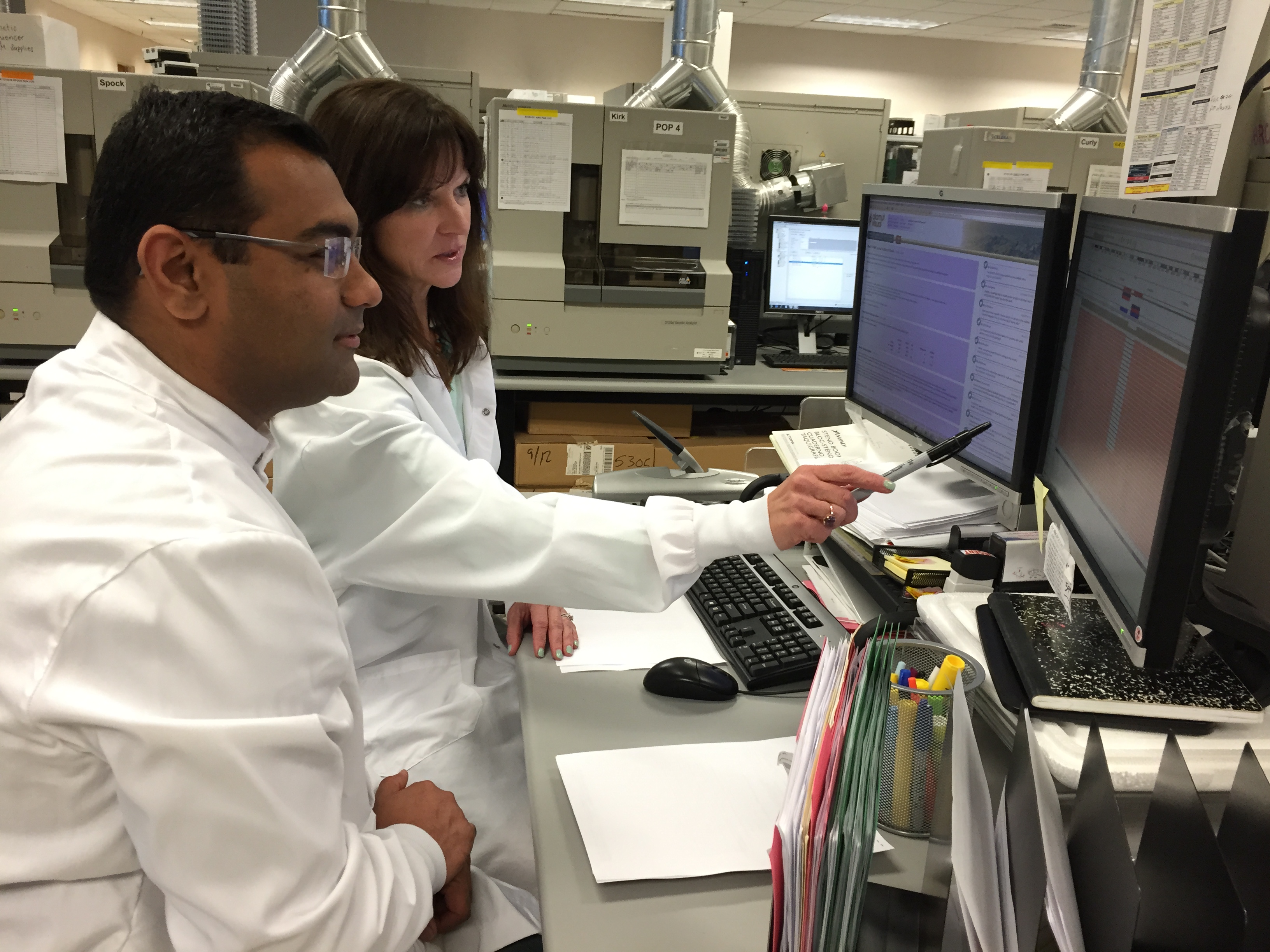 When she began her doctorate, Arlene Buller-Burckle, PhD’97 (HGEN), charted her own course to a career in private industry. Today’s students, too, are more and more often planning for careers outside academia.

“The university community has known for a long time that we’ve been producing more Ph.D.s in biomedical sciences than we have academic positions for,” said Jan Chlebowski, Ph.D., the medical school’s associate dean for graduate education. He champions an NIH and NSF-supported initiative encouraging each student to have a development plan that addresses the question: What happens when I’m done?

Chlebowski points to chemistry as a field where graduates have always transitioned successfully into private industry, and suggests other disciplines can build on that model.

When she began her doctorate in human genetics, she assumed she’d end up working in a large research university. She soon realized that academic research wasn’t for her, and was discouraged by a lack of support from many faculty members. Despite that, a handful recognized her clinical skills and helped guide her toward private industry. After completing a post-doc and fellowship, she joined Quest and rose through its ranks.

Joyce Lloyd, Ph.D., professor of human and molecular genetics, believes that’s the role faculty should take: look at a student’s strengths and offer guidance. “What you don’t want to see is someone who wants to be in academia but is stagnating as a post-doc for years without preparing for anything else.”

All students are developing marketable skills, she says. “To me, a Ph.D. is someone who runs the projects, is a person who is in charge, a problem solver, a troubleshooter who can make things happen.”

Honing those skills is an imperative for faculty members. It’s a focus for students, too, with 80 percent saying non-academic career information was important or critical to them.

The School of Medicine offers resources to ensure success in or outside academia. Lloyd leads the Careers in Biomedical Sciences Seminar, a course offered in the fall that aims to broaden students’ knowledge and prepare them for professional endeavors.

In addition to events such as Networking 101, VCU’s Career Center has beefed up resources for graduate students. Its Ram’s Roadtrip program, Chlebowski notes, recently introduced students to public and private organizations in the Washington, D.C., area, giving them a chance to interact and glean insight into other job options. Two stops last fall were the NIH and MedImmune, the global biologics research and development arm of AstraZeneca, where Nancy Ulbrandt, PhD’88 (BIOC), hosted the group.

VCU’s Women in Science program facilitates communication and networking among its members with a
variety of professional events designed to help members land jobs.

Quest’s Burckle says those in the private sector appreciate those efforts. “When we hire people from academia, we often have to re-train them and hope they can adapt to the industry. It’s such a different world.”

Lloyd hopes every student will end up in a dream career, academia or otherwise. “You certainly don’t want to squash anybody who’s got big ideas. After all, if you don’t aspire to it, you’re not going to get it.”