Nearly two decades ago, researchers decoded the human genome. Ever since, they’ve been trying to use that code to transform the practice of medicine.

Nearly two decades ago, researchers decoded the human genome. Ever since, they’ve been trying to use that code to transform the practice of medicine.

Long flights make her feet swell. Cynthia Morton, PhD’82 (HGEN), has known this for years and wears compression stockings when she flies. But it wasn’t until Morton had her genotyping done that she realized her genetic makeup puts her at an increased risk of developing clots in her veins. The condition can be deadly. She recently used the knowledge as a bargaining chip. Last year, she was invited to give a talk in Europe. She told the organizers about her test results, and asked for a business class seat with more space to stretch her legs. And she got it. Now in a course she teaches she includes a few slides titled, “How I used my genome to get a business class ticket.” 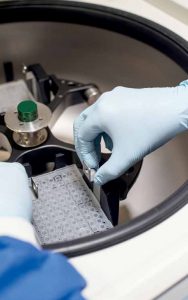 But the value of genetic sequencing goes far beyond getting more legroom. The hope is that one day medical decisions will be based not just on lab tests and family history, but on the unique suite of variations found within our DNA. This idea, once called personalized medicine and now commonly referred to as precision medicine, has been around for more than a decade. But only in recent years has precision medicine become part of clinical practice.

LISTENING TO THE GENOME
The human genome contains more than three billion base pairs. It would take a competent typist working around the clock more than half a century to type out the entire code. When Morton was on the MCV Campus as a graduate student in the late 1970s, she and her colleagues could only manage to sequence chunks about 200 letters long. “At that point, sequencing the entire human genome was a pretty far-fetched idea,” says Morton, now a professor of OB-GYN and reproductive biology and of pathology at Harvard Medical School. (Read more about Morton’s career here.)

Today technological advances have made this far-fetched idea reality. But the promise of precision medicine has yet to be realized in many fields. “The technology often exceeds our understanding of the information we’re getting back,” says Gerald Feldman, PhD’82 (HGEN), M’84. He is the immediate past president of the American College of Medical Genetics and Genomics, and professor of molecular medicine and genetics, pediatrics and pathology at Wayne State University School of Medicine. Although scientists can now access the entire sequence of any individual, the health information locked within that sequence has been difficult to parse. Biologist Eric Lander, who helped lead the Human Genome Project, offered this famous quip: “Genome: Bought the book; hard to read.”

Still, researchers are making steady headway. Morton is working to decipher the pages related to deafness. More than half of all congenital deafness is genetic, but most children never know the particular alterations responsible for their hearing loss. Morton, however, believes that information is crucial, and will become even more so in the coming decades. “It’s really important to know the etiology and to know it early,” she says.

In 2006, she and her mentor, VCU’s founding Department of Human Genetics Chair Walter Nance, M.D., Ph.D., co-authored a paper that argued for more genetic evaluation of infants with hearing loss. At the time, their vision seemed like an “audacious dream,” Morton says. But the advent of next generation sequencing has made that dream feasible.

PRECISION MEDICINE IN THE CLINIC 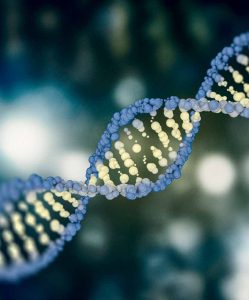 In oncology, precision medicine has already become part of clinical practice. Doctors typically order genetic testing for patients with melanoma and some leukemias as well as breast, lung, colon and rectal cancers. The goal is to identify mutations within the tumor that might be driving the cancer. The results help oncologists select therapies that target those pathways. “It’s a really exciting time to be in cancer medicine,” says Charles Clevenger, M.D., Ph.D., chair of VCU’s Pathology Department and holder of the Carolyn Wingate Hyde Endowed Chair of Cancer Research.

Clevenger is impressed at the strides that have been made in treating metastatic melanoma, once considered one of the most difficult cancers to treat. Since 2011, five new targeted therapies have been approved for melanoma patients who have a handful of mutations in the BRAF gene, and more are on the way. “There are some real cures occurring now that five years ago would have been a death sentence,” Clevenger says.

One major advantage of targeted medicines is that they tend to be less toxic. In the 1980s and ’90s oncologists would “take the biggest and baddest drugs and give them to the patient almost irrespective of the particular type of cancer they had,” says Raymond Lewandowski, M.D., a professor in the Department of Human and Molecular Genetics at VCU. Now oncologists can tailor treatment and potentially use drugs with fewer side effects.

Lewandowski is particularly excited about the promise of a new, even more personalized therapy for cancer called CAR-T. The procedure begins with extraction of a patient’s T-cells from the blood. These cells are then engineered in the lab to recognize specific markers on the patient’s cancer cells and expanded to form a cancer-fighting army. Researchers then re-infuse the cells back into the patient. There, “they go hunting,” seeking out and destroying all cancer cells, Lewandowski says.

“The trials have been very exciting and, to a large extent, very successful,” he adds. So successful, in fact, that the Food and Drug Administration approved CAR-T in August. “These cells have the really unique ability to hunt out all of those little, bitty metastatic cells and find them wherever they’re hiding and wipe them out,” he says. “That type of treatment is going to revolutionize cancer treatment for many, many patients.”

Targeted treatments are helping people with heritable genetic disorders as well, Feldman says. In 2012, the FDA approved the first targeted therapy for cystic fibrosis. A second targeted drug became available in 2015. Rather than just addressing the symptoms of cystic fibrosis, these medicines help correct the function of defective proteins in people with specific mutations in the cystic fibrosis gene.

Feldman expects to see many more such drugs approved in the coming years for a whole host of heritable diseases. Although these diseases tend to affect relatively small numbers of people, “if you can extrapolate that to more common diseases that have
some underlying genetic influences, like heart disease or hypertension, there may be opportunities for that type of treatment as well,” he says (read more about Feldman’s career here).

DIY DNA
Some people, like Morton, are taking genetic testing into their own hands. A handful of companies in the U.S. offer direct-to-consumer genetic tests. With just a single sample of saliva, these companies provide information about health and disease risk. Perhaps the most well-known company, 23andMe, offers consumers information about their risk of a handful of diseases and whether they carry harmful mutations that could be passed on to their children. The company also provides information about wellness — for example, whether your genes predispose you to being overweight.

Morton enjoyed getting her test results. And she found the data useful. For example, the test showed she was a fast metabolizer of caffeine, so she stopped drinking decaf.

But other geneticists worry that these direct-to-consumer tests can be confusing and misleading for non-experts. Lewandowski says that companies often don’t provide enough support to consumers. “They send the patient a 15- or 20-page report, and tell them, ‘go to your doctor to have them explain what these mean,’” he says. But primary care physicians might not know how to interpret this information either.

Lewandowski also worries that such tests could give people a false sense of security. People who test negative for genetic variants associated with a given disorder assume that they have no risk, but in some cases the testing companies only look at a few risk variants. The Centers for Disease Control warns that direct-to-consumer genomic testing has little clinical utility and offers little to no health benefits. The agency advises consumers to “think before they spit.”

Feldman echoes that advice. “There are lots of things I think a consumer needs to think about before even having the testing done,” he says, including what kind of tests are being performed, how those tests will be interpreted and what will happen to the DNA sample after testing is complete. “Has the patient signed a consent form that allows that sample to be used for other purposes, or is that DNA to be destroyed after the test?” he asks. “One needs to be careful.”

The deeper geneticists peer into the genome, the more ethical conundrums arise. Parents often bring their sick children to geneticists like Lewandowski in the hope that he can discover the cause of their children’s illnesses. By sequencing all the genes in the genomes of both the child and the parents, he can often pinpoint the rare mutation that is to blame. But such extensive sequencing efforts may turn up other potential genetic risks too — some of them serious. “The parents or patients have to decide whether they want that information or not,” Lewandowski says. The choice isn’t easy, but most people choose to be informed. Knowledge, of course, is power. But it can also be a burden.

ONE Know what you’re getting. The companies that offer genetic testing aren’t sequencing your genome, or even your genes. They’re only looking at specific spots where variation typically occurs. Genetic variants can provide clues to your ancestry and insight into your risk of developing certain diseases, but the information they provide is limited.

TWO Make sure you understand what will happen to your data. Will it be used for research? Will it be shared with pharmaceutical companies? What strategy will the testing company use to protect your privacy?

FOUR Your test results alone are not enough to guide medical decisions. And in some cases the results might not be all that meaningful. For example, the report might tell you that the average risk for a given disorder is 1 in 1,000, and your risk is 1 in 500. There isn’t much you can do with that information.

FIVE Other results, however, might help guide your medical care. If you know that you have an increased risk for developing a certain disease, your doctor might be able to recommend lifestyle changes or prescribe medications.

SIX The test might reveal information you weren’t expecting. Perhaps you’re a carrier for a variant associated with cystic fibrosis. If there’s something on the report that worries you, your best bet is to talk to a board-certified clinical geneticist or a board-certified genetic counselor.