On Nov. 30, 1967, HAL KUSHNER woke up to find himself hanging upside down by his seatbelt in a burning helicopter.

For the New PBS Film Series THE VIETNAM WAR, a Doctor Tells His Story

On Nov. 30, 1967, HAL KUSHNER woke up to find himself hanging upside down by his seatbelt in a burning helicopter. The 27-year-old Army flight surgeon from the Class of 1966, not yet four months into his first tour of duty in Vietnam, had crashed into the south Vietnamese jungle. One crew member was dead. Another, badly injured, would soon die as well. A third, who went in hopes of finding friendly aid, would be shot and killed. When no help came, Kushner, alone and injured, the sole survivor, struck out into the jungle on foot. He had burns from the fire, a broken wrist and collarbone, lost and broken teeth, and wounds in his shoulder and neck from live rounds set off by the fire.

The Vietnam War, a 10-part, 18-hour documentary, will air in September on PBS stations nationwide.
For her part, Novick says that working on the film “has been the most challenging and the most rewarding experience I have ever had.” She expresses deep gratitude for the people, like Kushner, who shared their stories in the making of the film. “To get to know people who have had these remarkable experiences and to trust us enough to personally tell their story – it changes the way you understand the world and what it is to be a human being.”

Within hours he would be captured by the Viet Cong, shot and wounded again in the shoulder when he couldn’t raise his injured arm to signal surrender. It was Dec. 2, 1967, and Kushner was a prisoner of war, the ordeal to come foretold in the words of an English-speaking enemy officer he would soon encounter, who promised him, “You will find that dying is very easy. Living – living is the difficult thing.”

For more than three years he was held under horrific conditions, starving and ill in jungle camps in South Vietnam, a doctor helpless to save the men around him who died of hunger and dysentery and malaria and abuse, for want of food, or basic medicine, or hope. “Each day was a struggle for survival,” he told fellow veterans at a reunion many years later. “We often wanted to die.”

Somehow, Kushner survived. Eventually he was marched more than 500 miles to North Vietnam. He arrived in Hanoi weighing 88 pounds, and finally ended up in the notorious Hanoi Hilton, before at last, in March of 1973, he would be released to come home, 1,931 days after his capture.

This story first appeared in the spring 2017 issue of the medical school’s alumni magazine, 12th & Marshall. You can flip through the whole issue online. 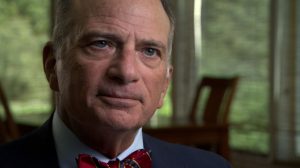 For many who served in Vietnam, leaving the place, the war and the suffering behind them proved impossible. Kushner, however, returned to his wife and two young children (his youngest born not long after Kushner’s capture), ready to move forward with his life and his career – a long and successful practice as an ophthalmologist in Daytona Beach, Florida. “My philosophy has always been to look forward, not backward, to consider the future rather than the past,” he told his fellow veterans at the reunion. The war did not haunt him.

But it has continued to haunt this country. The America Kushner came home to was not the one he’d left. It was a nation in tumult, fractured along countless fault lines by a war that even today, more than 40 years after its end, remains an unhealed wound and an unresolved trauma.

“It is one of the most painful, tragic, divisive, polarizing and misunderstood conflicts in U.S. history,” says documentary filmmaker Lynn Novick. “It reverberates in our lives, our politics and our culture to this day.”

It is because Vietnam is “unfinished business in American history,” says Novick, that she and fellow director Ken Burns began 10 years ago to conceive of the project that would become The Vietnam War, an exhaustive, 10-part, 18-hour film that will begin airing this September on PBS stations nationwide, and which, Novick says, is “the most ambitious and challenging project we have ever undertaken.”

The war, says Novick, is “deeply unsettled history,” and Novick and Burns “wanted to go back and take advantage of new scholarship, new perspectives from people who lived through it,” she says. “We wanted to represent many points of view.”

And so, over the course of six years of production on the film, more than 100 people were interviewed on camera, according to Novick – Americans and Vietnamese, veterans and anti-war protesters, survivors of those who died in the war, civilians whose lives were upended by it. And among them was retired Army colonel and former prisoner of war Dr. Hal Kushner. He might not necessarily have seemed the obvious choice at first; he had rarely spoken publicly about his experiences. Kushner says that it’s not that he has trouble talking about any of it, but that he has found that living by a philosophy of not looking backwards in anger or bitterness or regret was the positive path for his life. “It’s not who I am. I don’t define myself by that experience.”

However, he was friends with the veteran war correspondent Joe Galloway (co-author of the book We Were Soldiers Once…and Young), who was a consultant for the film. In the winter of 2011, Galloway recommended Kushner to Novick and Burns – who of course were seeking to include the POW perspective. 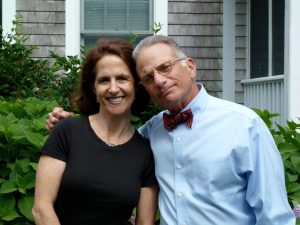 Novick and Kushner spoke first on the phone. “Within five or ten minutes,” Novick says, “I certainly felt that having him in the film would be enormously important.” She flew down to meet him in Daytona Beach, and after their conversation there, he agreed to take part.

“I think she probably auditioned me covertly without me knowing it,” he says, amused, but he liked her very much. For Novick’s part, she says that the occasion was a “mutual get-to-know-each-other.” She and Burns were looking for people who had “something to say,” a story that was compelling, an ability to connect with viewers, and Novick saw that in Kushner and his story.

“I asked him to share his story not just with us but with millions of people who were going to see the film,” Novick says. “Because he is not someone who gives speeches or is well known as a former POW, we felt extraordinarily fortunate that he was willing to tell the story in our film, and at much greater length and more depth.”

The actual filming took place in Kushner’s home in Maine in July 2011. He was intrigued by his behind-the-scenes look at the process, as a full production crew descended on his house. “They came in and took photos of everything, then they moved everything around, the tables and chairs and furniture, and they put screens on the windows to filter the light.” After a long day of filming – Kushner seated in a chair with the camera on him as Novick sat opposite him – and only a brief break for lunch (peanut butter sandwiches, Kushner recalls), the crew consulted the photos they’d taken in the morning “to put everything back the way it was.”

Kushner sums up the day concisely as a “far-reaching interview.”

Novick, however, says that for her and the crew it was far more. The word she chooses is “profound.” “The day that we spent with him doing that interview was one of the most remarkable days on this project and one of the most remarkable days in my 25 years of doing documentaries,” she says. “It was such an incredible privilege to be in the room; I will never forget it as long as I live.”

Without going into the details that she wants viewers to experience watching the film, Novick describes Kushner’s story as riveting – not only for what happened, but also for how he chooses to tell it. “He describes things with a methodical scientific observation of the world, and he also brings poetry and humanity and a sense of humor,” she says.

In November of 2015, Novick and Burns invited Kushner, along with a number of others involved in the film, to New York City for a long weekend of viewing the documentary – at that point in its final stages of editing – in its entirety. Hundreds of hours of footage and interviews had been shot, in Vietnam as well as in the U.S. The production team had assembled a database of more than 20,000 still images gleaned from around the world. “There was a lot of stuff in this film that you will find nowhere else,” Kushner says.

The schedule was very rigorous over that weekend, Kushner says, long days of watching segments of the film and then engaging in discussion with everyone assembled in the room – which included former anti-war peace activists, retired military leaders, family members of someone who had died in the war and others, with often diverging perspectives. The conversations, though respectful, at times grew heated, Kushner acknowledges.

To Novick and Burns, that was a good sign – an indication of the kinds of “courageous conversations” that they hope the film will provoke among viewers. In a film that sought to be comprehensive and fair in representing “a very complicated story from many angles,” says Novick, the expectation is that there will be moments of discomfort for everyone watching it. “There are very intense feelings about the war and what it means,” she says.

Kushner agrees. “The Vietnam wound is still open,” he says. “I would hope that the film would provoke a national conversation about Vietnam and really bring some closure to the whole history.”