The courage to speak out

She was 4 years old, sitting in the waiting room of a Los Angeles hospital with ice on her broken arm. The longer she sat, the more restless she became.

“I made up my mind then that when I grew up, I would become a doctor so I could make sure no other child would be in pain like I was,” Mpasi recalls.

Today, Mpasi serves as an attending physician in the Division of Community Pediatrics at the Children’s Hospital of Philadelphia and as a child health policy adviser for Delaware Health and Social Services. But fulfilling the promise she made to herself more than 20 years ago, Mpasi says, is not enough. 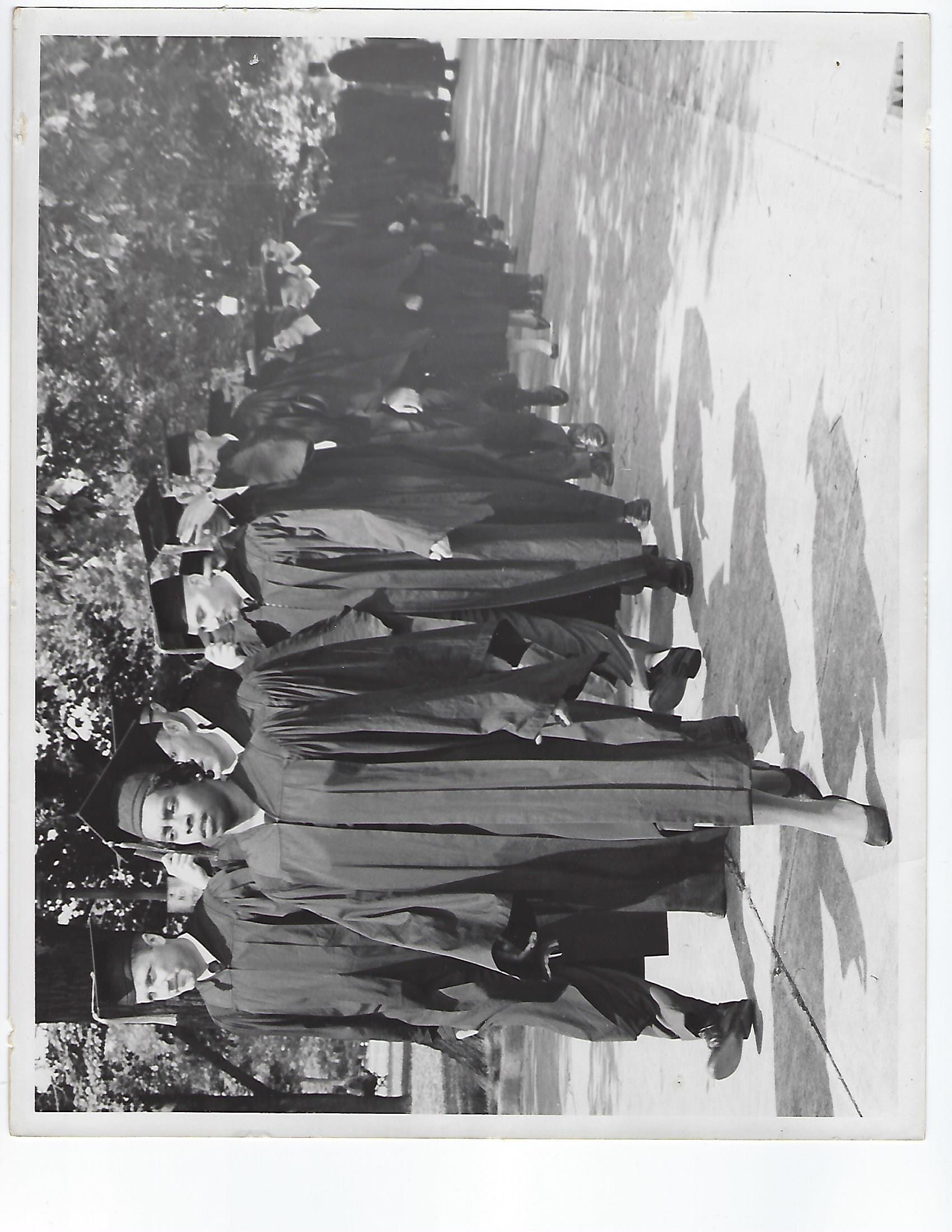 One of the medical school’s first African American graduates, Norma Goodwin, M’61, is pictured processing to the Mosque, where the Class of 1961’s graduation ceremony was held.

“Being a strong clinician is important, but I think there is so much more to medicine than that. It’s the patient relationship that matters most. It’s becoming an advocate for the patient, the family and the community that is so crucial.”

Mpasi holds numerous leadership positions on medical boards, volunteers in the community and works alongside local and state officials to advocate for equitable health care among medically underserved pediatric populations. She recently participated in a panel hosted by the Pennsylvania Senate Democratic Policy Committee about how COVID-19 is impacting the Black community.

For her work, she has received several awards and most recently was honored with the 2020 VCU 10 Under 10 award, which each year recognizes the achievements of 10 alumni who earned their first VCU degree within the past 10 years.

“She is a natural, dynamic leader who truly cares,” says Michelle Whitehurst-Cook, M’79, H’82, senior associate dean for admissions. “She wants the best for everyone.”

As the co-chair of the National Medical Association’s Council on Concerns of Women Physicians (CCWP), as well as NMA’s Region II chair, Mpasi is a voice for justice and equality in the medical field. Founded in 1895, the NMA is committed to improving the quality of health in the African American community through its membership, professional development, community health education, advocacy, research and partnerships.

“I know I can be one of many who has the courage to speak up and speak out, to collaborate with others so that we can strive for equality,” says Mpasi, who while in medical school served as the VCU chapter president and later as national vice president of the Student National Medical Association. “Children, especially, don’t always have a voice.”

Her passion for equality, she says, was fueled by her fellow alumna Norma Goodwin, M’61, who chaired the task force that led to the creation of the CCWP in 1983.

Priscilla Mpasi, M’14, who was honored last fall with the 2020 VCU 10 Under 10 award, points to Norma Goodwin, M’61, as an inspiration for her patient care and advocacy work.

“To be chairing the council that she helped establish is incredible,” Mpasi says. “Dr. Goodwin had a huge impact on my life. I will never forget the sacrifices she made.”

Goodwin, who passed away in April after becoming ill with COVID-19 and developing pneumonia, was one of the first African Americans to graduate from the School of Medicine.

She practiced medicine in New York and was dedicated to improving health outcomes for African Americans, Latinos and Native Americans by removing racial disparities. She was the founder, president and CEO of three businesses: Health Watch and Promotion Service, AMRON Consultants, and Health Power for Minorities. In the 1960s, Goodwin became the first woman and African American physician to be named vice president of the New York Hospital Association.

While a student at the School of Medicine, Mpasi had the opportunity to meet Goodwin in March 2014 during a trip to New York.

“She talked about her experience on the MCV Campus, about growing up in Virginia and the beginning of the civil rights movement,” Mpasi says. “She fought for herself but realized she could be a voice for others. That’s what I want to be.”

Goodwin recalled with Mpasi how she could not go through the same lunch line as white students, resided in a racially segregated dormitory and did her rotations at St. Philip and E.G. Williams hospitals, which treated African American patients. When dissecting cadavers in class, she had to work alone instead of in small groups like the other students.

“She told me how painful that was and did not want anyone else to have the same experiences,” Mpasi says. “She took on leadership roles to try to bring about change. She paved the way for others.”

During the NMA Annual Convention, held virtually because of COVID-19, Mpasi narrated a tribute to Goodwin.

“I was devastated when I heard of her passing,” Mpasi says. “I knew I could never have another conversation with her.

“I wanted her to see how far we’ve progressed.”

There is still much work to be done, however. COVID-19 has underscored the health care disparities and social inequities that persist in America. In addition, on the educational front, women now outnumber men in most medical school classrooms, according to the Association of American Medical Colleges, but they account for only 18 percent of department chairs nationwide. For African American women, that number is even lower.

With those statistics in mind, Mpasi has several objectives as CCWP co-chair. One is providing mentorship to female pre-medical and medical school students to help prepare them for success on campus. The other is offering support to early-career female physicians through leadership training.

“If we all work together, we can understand the barriers to delivering equitable care,” Mpasi says. “We all have a responsibility to ensure everyone receives the care they deserve. Dr. Goodwin knew that and lived it. I just hope I can make her proud.”