The gloves are off

On April 1, 2013, nearly half of the patients isolated for infections at VCU Medical Center had come off contact precautions literally overnight. This wasn’t an April Fools’ prank but an initiative that would challenge conventional infection prevention practices and be recognized in 2019 as the “most outstanding domestic clinical study” in Infection Control & Hospital Epidemiology.

For decades, both the Centers for Disease Control and Prevention and The Joint Commission have recommended the use of contact precautions (i.e., gloves and gowns) for patients infected with or colonized by methicillin-resistant Staphylococcus aureus (MRSA) or vancomycin-resistant Enterococcus (VRE) to prevent their spread. However, such precautions can decrease patient satisfaction, according to Gonzalo Bearman, M.D., M.P.H., chair of VCU School of Medicine’s Division of Infectious Diseases.

“No one wants to have everyone who takes care of them in gowns and gloves, and for their families have to wear that,” Bearman said. “There also have been reports of negative outcomes associated with contact isolation, such as increased anxiety and depression and decreased doctor-patient interaction.” 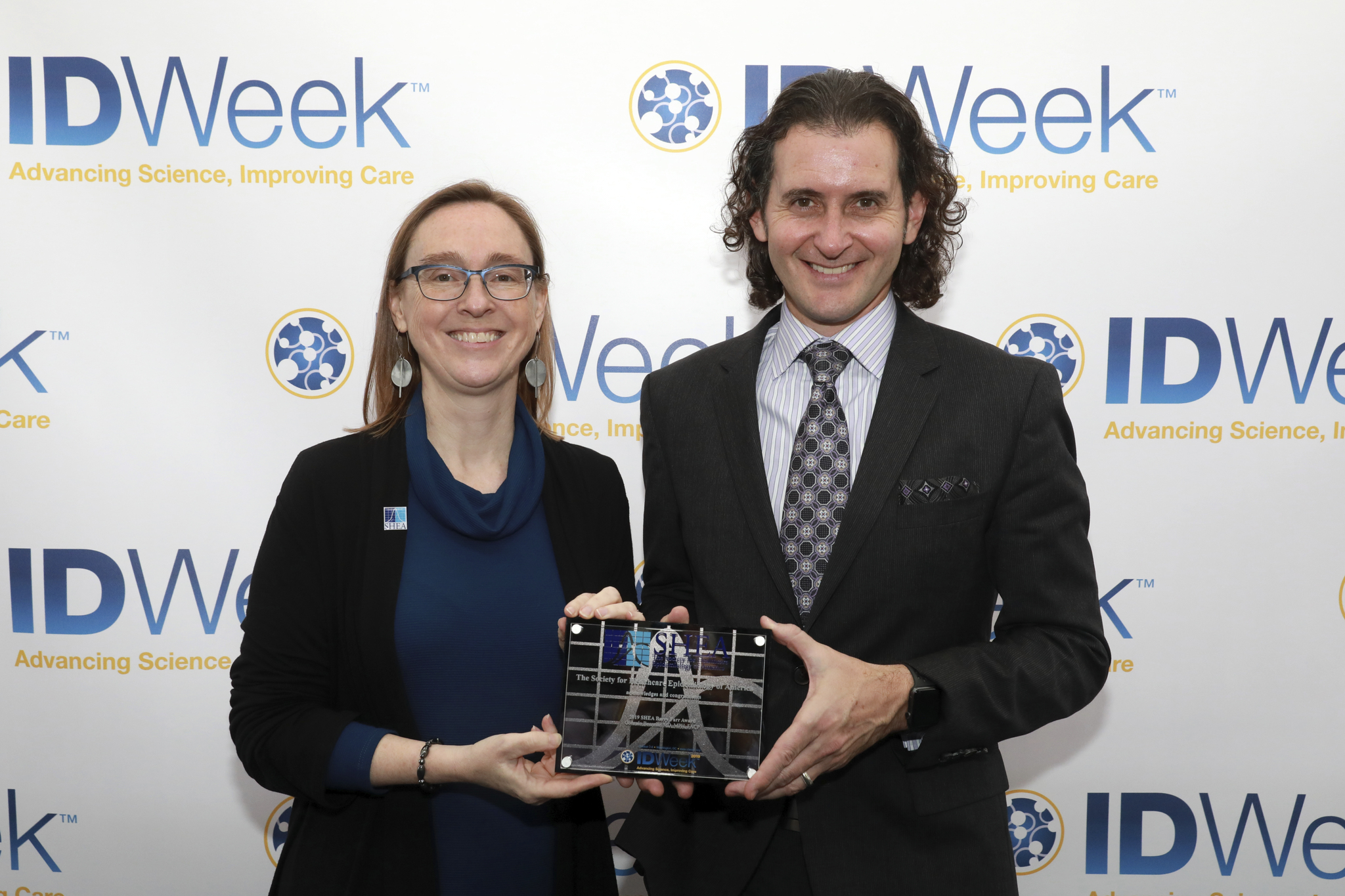 Instead of relying on a gown-and-gloves approach, Bearman and his colleagues sought to implement what they describe as “an aggressive, comprehensive, horizontal infection control program” at VCU Medical Center. This program encompasses interventions, such as handwashing, bathing patients with chlorhexidine gluconate to remove harmful bacteria, inserting and maintaining invasive devices appropriately and removing them as promptly as possible, and having a strong antimicrobial stewardship program.

“If we are aggressive with our horizontal infection control program, and do things with reliability and consistency, not only will we decrease MRSA and VRE infections but we will decrease all health care-associated infections [HAIs] that are transmitted by the same mechanism – touch,” Bearman said.

With such a program in place, VCU Medical Center made a bold move in 2013, implementing a new contact precaution policy that only required isolation for patients with draining wounds not containable by a bandage that tested positive for MSRA and/or VRE.

“Eventually you have to make a decision: Do you believe in your system or do you not?” Bearman said. “We believed in it; we continue to believe in it; and we have been very pleased with the results.”

These results, which were published in the journal Infection Control & Hospital Epidemiology, indicate that discontinuing contact precautions for all patients who are infected or colonized with MRSA or VRE did not lead to an increased incidence of MRSA and VRE device-associated infections. In fact, the rate of HAIs declined throughout the study period.

Although reducing costs was not the intention of the study, the policy change also has saved the health system nearly three-quarters of a million dollars a year by reducing gown and glove use.

However, with concern over the continued rise of antibiotic-resistant infections in the United States, discontinuing contact precautions remains controversial.

“I think with many things, not just in science, people get wrapped up in dogma, and changing perspectives can be difficult,” Bearman said. “Our goal is we don’t want to be dogmatic; we want to be pragmatic and evidence-based.”

To that end, Bearman and collaborators at two other large academic medical centers are poised to publish longer-term, multi-center data later this year that support the discontinuation of contact precautions in conjunction with a “robust and reliable” horizontal infection prevention program.

Gonzalo Bearman, M.D., M.P.H., joined the VCU School of Medicine in 2003 and is chair of the Division of Infectious Diseases, Richard P. Wenzel Professor of Internal Medicine and a hospital epidemiologist for VCU Health. From 2013–2015, Dr. Bearman served as the chair of the Society for Healthcare Epidemiology of America’s Guidelines Committee. His research focuses on the epidemiology of hospital-acquired infections.