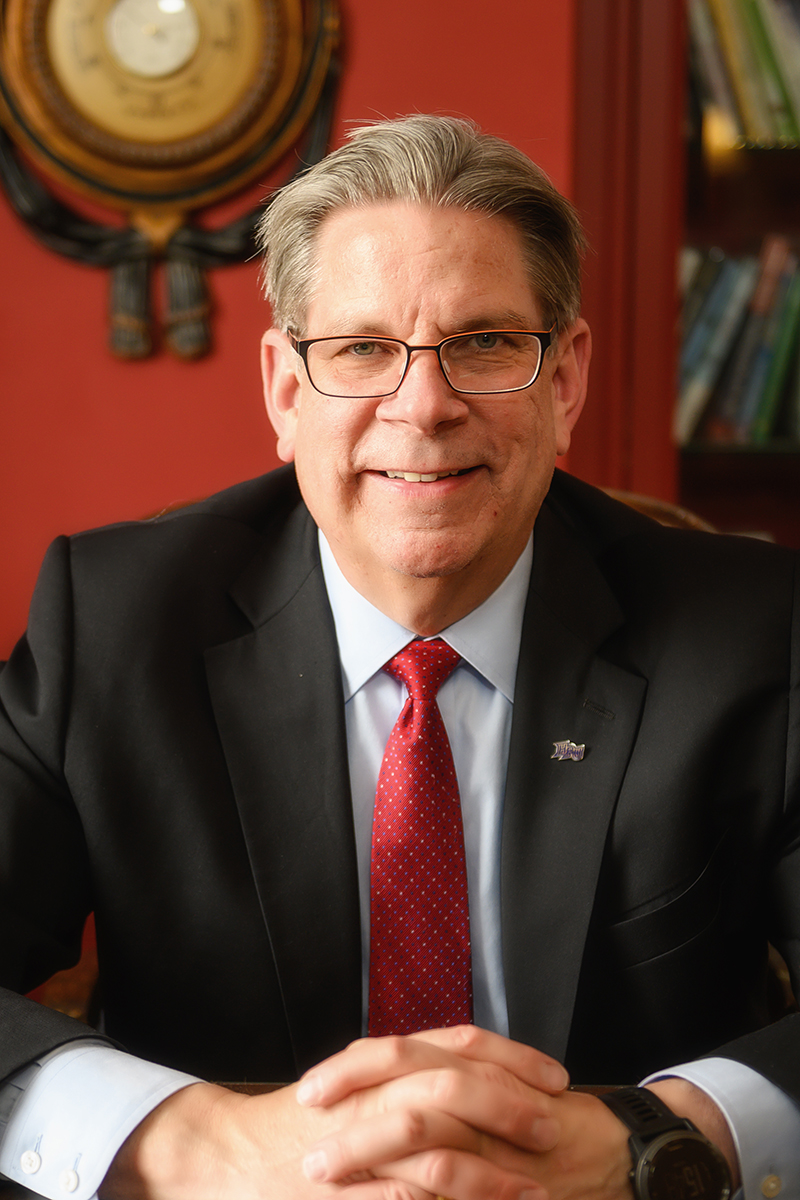 Throughout his career, Daniel Erb, MS’87, PhD’90 (ANAT), has sought to build bridges — between his professional interests, across disciplines and departments, and among his colleagues.

Now he will bring his approach to a new role as provost of High Point University in North Carolina.

In his first few months on the job, Erb is meeting with faculty, staff, students and deans to understand how their academic programs are executed, what outcomes are expected, where students come from and where they go once they graduate.

He’s also building connections in a conscious effort to increase diversity at HPU, whether it’s recruiting faculty and students from underrepresented populations or developing pipeline programs that bring students from the three nearby historically Black colleges to HPU’s graduate and professional schools. Erb says this allows students to learn to collaborate and cooperate with people from different backgrounds and cultures, and with varying opinions and ways of working — just as they will in the wider global environment.

These efforts build on his previous work as dean of health sciences, where he developed several new programs and made consistent outreach to underserved populations to increase their enrollment.

“It is important that our students represent the populations they serve as they can best meet the unique social, cultural and linguistic needs of their patients,” Erb says.

Erb first came to the MCV Campus for the opportunity to bring together bench research and clinical practice. A physical therapist, Erb was interested in the School of Medicine’s combined program to earn a master’s degree and a doctorate in anatomy.

At VCU, he began working in the lab of John T. Povlishock, Ph.D., past chair of the Department of Anatomy and Neurobiology, who was studying traumatic brain injuries.

“Dr. Povlishock is the quintessential scientist, a master educator and a very generous man,” Erb says. “He was very accomplished scientifically, but he could teach as well.”

Erb soon followed suit. He began teaching anatomy and histology to medical, dental and pharmacy students at VCU. Then, after faculty roles at the University of Miami and Duke University, he joined HPU as the founding dean of the Congdon School of Health Sciences in 2011.

Laying the foundation for future growth

He says launching a new degree is a lengthy process, from assessing a societal need for the program, to developing a curriculum, to hiring qualified faculty. Since HPU is a liberal arts university and isn’t affiliated with a medical center, he adds that strong communication and relationships are also needed to create bridges to the health care systems that offer clinical training.

As provost, he’ll oversee the launch of more new degree programs — this time in dentistry and nurse anesthesia, as well as creating a new law school and moving the Master of Business Administration program online.

While Erb has had a hand in much of HPU’s growth in recent years, he’s quick to credit the behind-the-scenes relationships that drive the university’s evolution.

“I like to involve people,” he says. “I hire people that are competent and have great support from administration. I’ve had the advantage of mentors in higher ed administration who have been very helpful in advising me and talking through ideas. And I have a wonderful team; we’re all attuned in terms of where we’re headed as a university.”